After Master Sgt. Orlando Reyes was named the 2014 Military Times’ Marine of the Year, he was taken aback after... 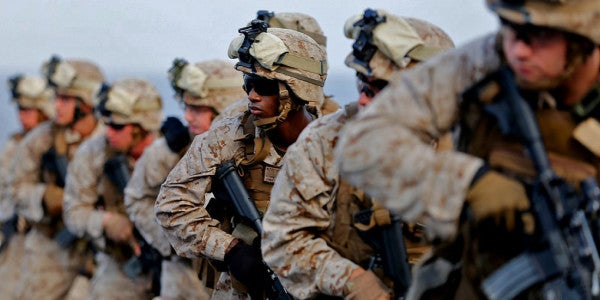 After Master Sgt. Orlando Reyes was named the 2014 Military Times’ Marine of the Year, he was taken aback after Marines took to social media to ridicule the decision. The reason? Reyes, a logistician who has deployed three times to Iraq, does not have a combat action ribbon, or CAR, nor is he the first (or likely the last) senior Marine to receive flack for not having the award.

The growing discord around the ribbon — which is bestowed upon Marines who have engaged in direct combat with the enemy — is a predictable outcome of 14 years of war, with combat experience more of an expectation than an exception, reports the Marine Corps Times’ Hope Hodge Seck. However, there are concerns that the award is becoming too divisive, with good leaders being discredited by their troops because they don’t have a CAR.

“We get so bent out of shape with these ribbons and awards that we sacrifice the most important thing to us as Marines: our integrity,” Reyes said.