Marine Corps’ Tattoo Policy Under Review By The Commandant

On Mar. 24, the Commandant of the Marine Corps, Gen. Joseph Dunford, announced that the Corps’ contentious tattoo policy will... 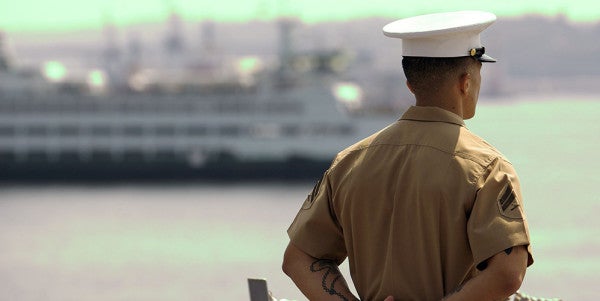 On Mar. 24, the Commandant of the Marine Corps, Gen. Joseph Dunford, announced that the Corps’ contentious tattoo policy will be reviewed this month, during a visit to Marine Corps Air Station Iwakuni, Japan, reports the Military Times. The current tattoo policy has been heavily debated since the 34th commandant, Gen. James Conway, enforced a number of rules restricting the allowed quantity, size, and placement of tattoos in 2007 and 2010. For all those Marines itching to get fresh ink and rock their unit emblems, or pay respects to fallen comrades with memorial tattoos, a change may be coming.

“We heard you,” said Sgt. Maj. of the Marine Corps Ronald Green, according to a news release from the town hall event. “We are going to look at what is best for the Marine Corps and what will keep us combat ready and combat effective. We will make that decision and give that advice to the commandant.”