It's not a scandal. 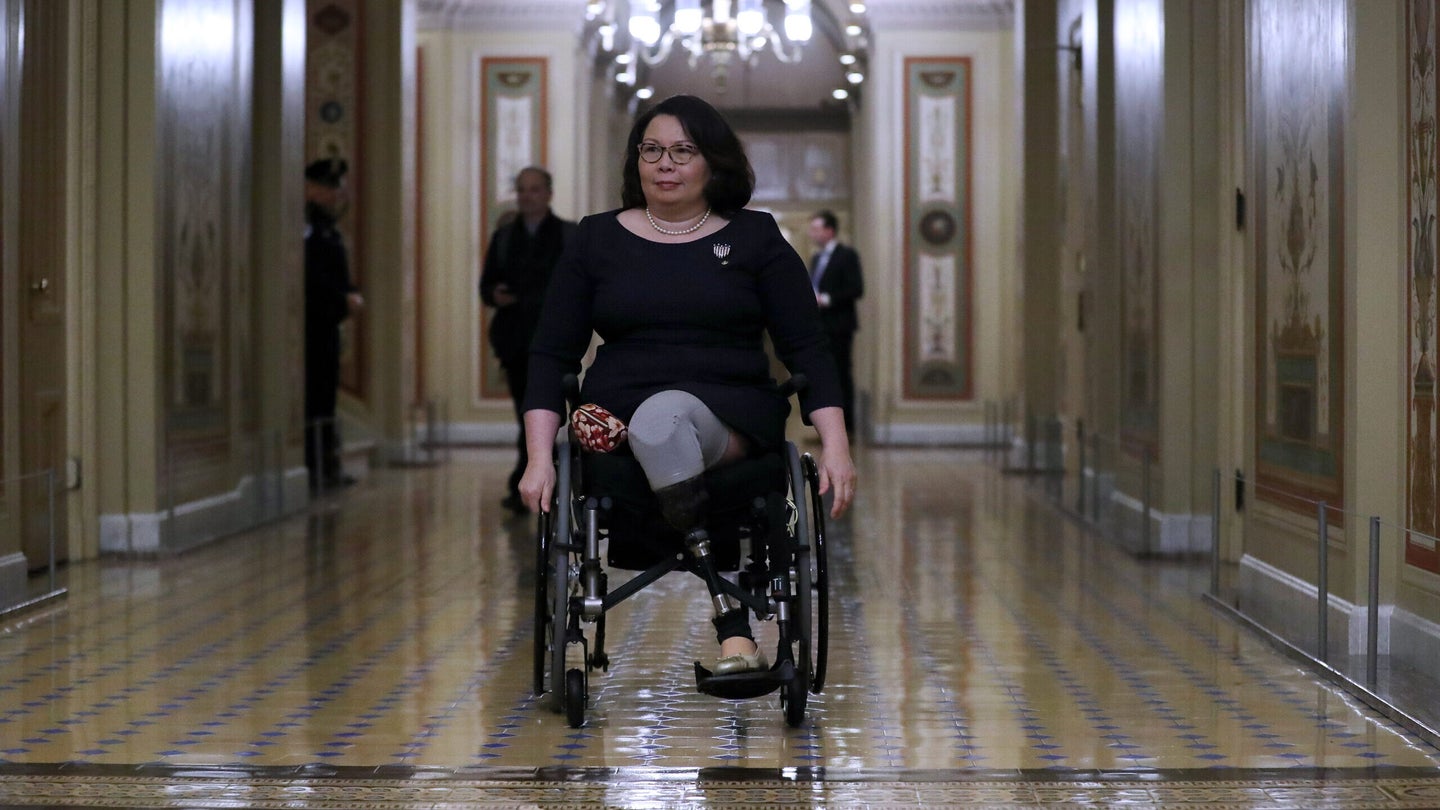 Fox News recently took aim at Sen. Tammy Duckworth (D-Ill.) in an apparent attempt at a “gotcha” story about how Duckworth – who lost both of her legs when the Army Black Hawk helicopter she was piloting was shot down over Iraq in 2004 – doesn’t pay property taxes on her Illinois home.

The story, published on Sunday, claimed that Duckworth was getting “slammed” for “taking advantage of a tax break” that has exempted her from Cook County, Illinois property taxes since 2015.

It’s not until lower in the story that it’s revealed there is nothing scandalous about this at all. Duckworth is not getting a tax break that only the rich and powerful enjoy. Rather, the Illinois General Assembly passed a law in 2015 that made veterans with a service-connected disability rating of at least 70% exempt from property taxes.

In addition to benefits from the Department of Veterans Affairs, like the VA Home Loan, some veterans are eligible for exemptions when it comes to paying for their homes. Though as the mortgage lender Veterans United notes, the exact type of exemption — from waiving property taxes, to forgoing one-time fees — varies state-by-state, and even county-by-county.

In other words, Duckworth is using a benefit that she and other veterans qualify for.

“It’s disheartening that anyone would smear disabled veterans for using benefits they earned through their service to this nation, but it really says more about the people attacking those brave veterans than it does about Senator Duckworth,” said Ben Garmisa, a spokesman for the senator.

Alex Plitsas, a former sergeant in the Army Reserve, tweeted on Monday that some states offer property tax discounts to wounded warriors and other states rightly allow veterans with a 100% disability rating to avoid paying property taxes at all.

It was Fox’s framing of the story that drew immediate criticism on social media because it made Duckworth, a combat-wounded veteran, look like a tax cheat, prompting some to suggest that Fox was calling for a reevaluation of veterans’ disability benefits.

“They should be ashamed of themselves, but that would require empathy, and it’s clear FOX News cares more about pandering to its right-wing base than caring about accuracy,” the liberal veterans group VoteVets wrote in a tweet, adding that the senator “MORE than earned her veteran benefits.”

The Fox News article was a follow-up to a story first published in the Chicago Sun-Times about how Duckworth is one of more than 27,000 Cook County residents who do not pay property taxes due to exemptions enacted by Illinois state lawmakers.

The crux of the Chicago Sun-Times story is that the exemption for disabled veterans that has allowed Duckworth to avoid paying more than $42,000 in property taxes also applies to people who are wealthy since their is no income cap.

Duckworth’s annual salary as a senator is $174,000 and she has earned more than $300,000 in royalties on her book “Every Day Is A Gift,” the newspaper reported. In 2017, she and her husband purchased a six-bedroom home for $1.3 million in Virginia, where they paid more than $16,000 in property taxes this year.

Neither Fox News nor the Chicago Sun-Times provided any comment for this story.

“It all goes to show you how much they actually do support veterans, which in reality they don’t,” said Weissman, who served as a chaplain assistant from 2007 until 2012, during which he deployed to Afghanistan twice. “Veterans are only used as props when it comes to conservative pundits or politicians. I thought it was very unprofessional.”

Since President Joe Biden took office in January, Fox News has offered sensationalistic coverage of the military as red meat to its viewers. Fox News personality Tucker Carlson accused Biden of trying to feminize the military in March after the Air Force unveiled a new maternity uniform.

Even though U.S. District Judge Mary Kay Vyskocil has ruled that no one could possibly take Carlson seriously, his claims that the military is allegedly becoming “woke” have become talking points for Republican lawmakers, such as Sen Ted Cruz (R-Texas), who spread Russian propaganda about an Army recruiting commercial that featured a soldier who was raised by two mothers.

Much of the network’s recent coverage has focused on the claim that progressive values are making their way into the military where they’re supposedly wreaking havoc. (The most cursory search for the words “Fox News woke military” turns up half a dozen headlines over the last month from the news publication alleging as much.)

There’s also the network’s coverage of the novel coronavirus pandemic as it pertains to the military. Fox News personality Sean Hannity recently had Army Lt. Col. Paul Douglas Hague on his show to discuss Hague’s decision to publicly refuse to be vaccinated for the novel coronavirus (COVID-19). The Fox News narrative has been that mandatory vaccines for troops are actually part of a wider effort by the Biden administration to purge the military of conservative service members.

“The point of mandatory vaccination is to identify the sincere Christians in the ranks, the free thinkers, the men with high testosterone levels, and anyone else who doesn’t love Joe Biden, and make them leave immediately,” Carlson said on Sept. 21. “It’s a takeover of the U.S. military.”

With midterm elections set to take place next year and the next presidential election cycle set to begin shortly, Fox News viewers should expect more of the same.

Update: This article has been updated with additional information about Fox News’ recent coverage of the military.