‘Here we are now, entertain us!’ — Ukrainian soldiers troll Russia with Nirvana rendition

♬ Load up on guns, bring your friends ♬ 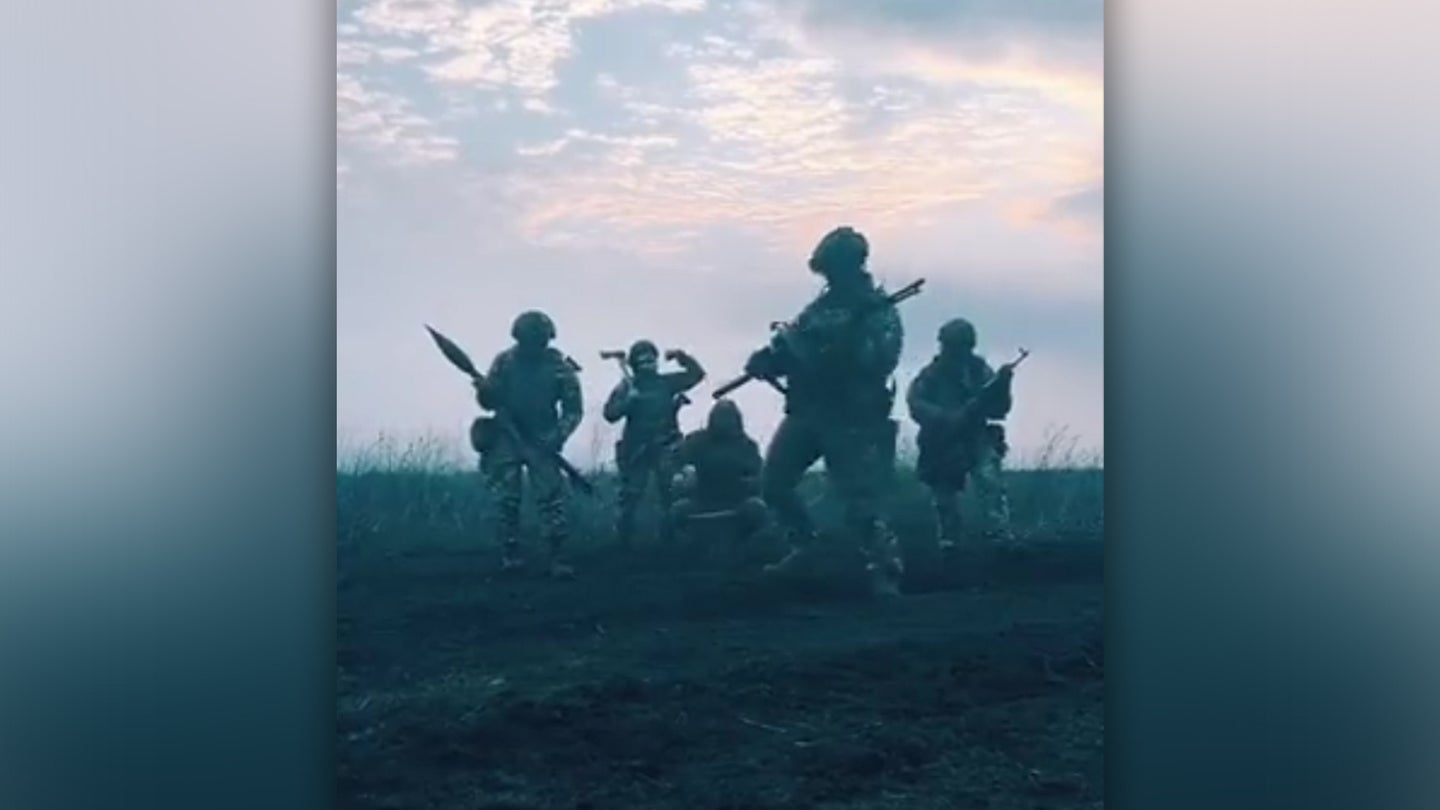 Soldiers around the world train on different missions, speak different languages, and wear different uniforms. However, if there is one truth that unifies soldiers across time and space, it’s that if you leave a few of them alone with a little downtime, they will come up with something that is both bewildering and hilarious.

Such is the case with this squad of Ukrainian Army soldiers, seen rocking out to Nirvana’s “Smells Like Teen Spirit.”

“Keep calm and do not panic,” reads the caption. “Armed Forces of Ukraine. Always on defense.”

The video was posted by Ukrainian Army officer Anatoly Stefan on Tuesday, at roughly the same time Russian troops were beginning to enter the disputed Ukrainian territories of Donetsk and Luhansk.

Tensions remain high, with up to 190,000 Russian troops deployed along the Ukraine border, seemingly poised to attack. On Monday, Russian President Vladimir Putin publicly recognized the sovereignty of Donetsk and Luhansk – the two regions where fighting between the Ukrainian government and separatist militias has been ongoing since 2014 – including territory currently held by Ukrainian forces.

A state of emergency was declared in Ukraine on Wednesday, and shelling was intensifying along the front lines in the east of the country, according to Reuters.

This isn’t the first time Stefan, the soldier who posted the video to Twitter, has garnered a reaction. Last August, he reportedly posted a video to his Telegram account showing Ukrainian soldiers marching through the streets of Kyiv shouting a phrase that can be translated as “Putin is a dickhead.” That was apparently so beyond the pale that Russian state television hosts reportedly described the Ukrainian Army as worse than the Taliban.

If this video is any indication, though, the Ukrainian soldiers in the clip are certainly better guitar players.