I’ll take a Beyond Burger, thank you. 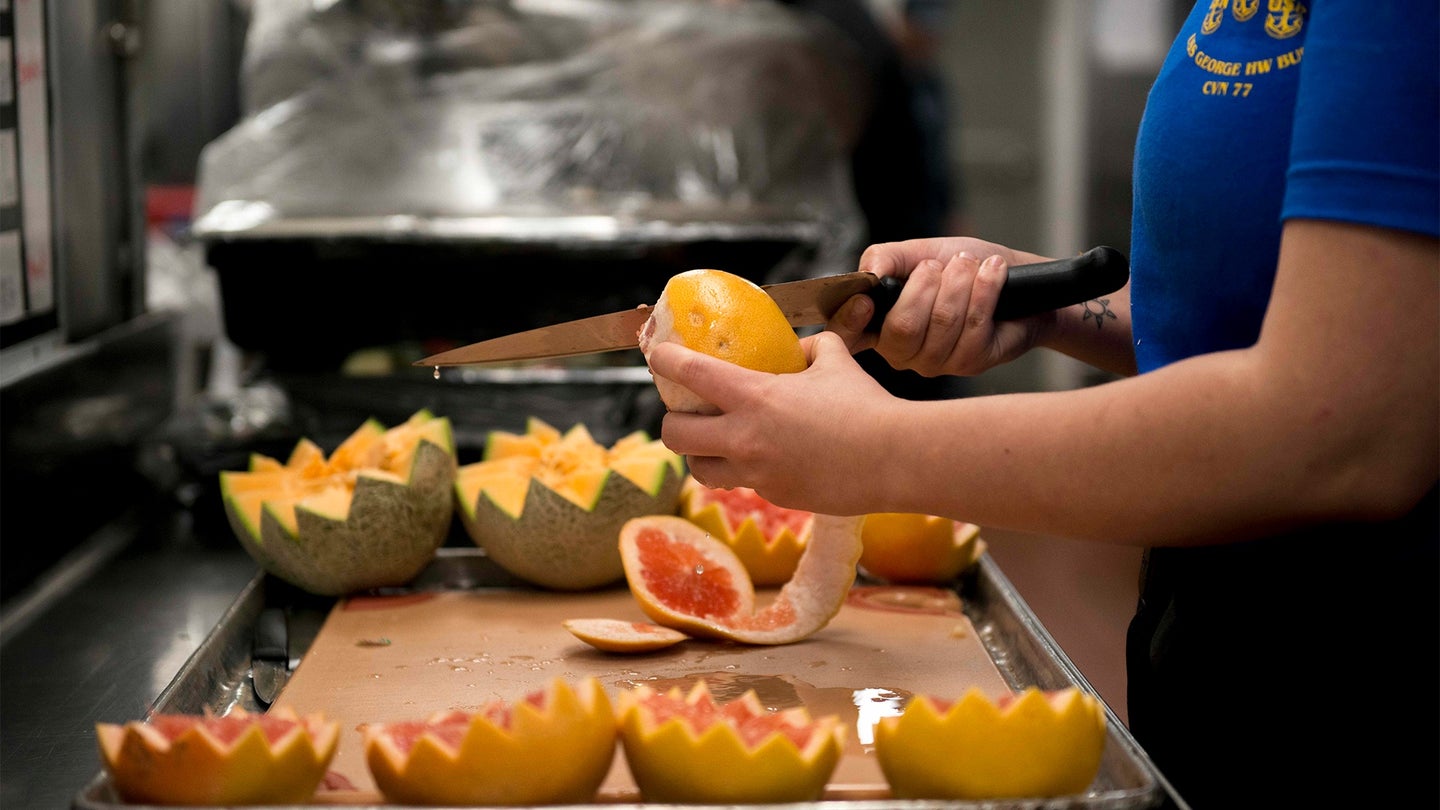 Serving far and abroad may soon include a healthy serving of plant-based protein, at least for some sailors in the U.S. Navy.

A provision to the 2023 National Defense Authorization Act, introduced by Rep. Elissa Slotkin (D-Mich.) would have the Navy “establish and carry out a pilot program to offer plant-based protein options at forward operating bases for consumption by members of the Navy.”

One of the reasons behind the bill: it can be quite expensive to keep sailors on a carnivorous diet, depending on where they are.

As first reported by Navy Times, the language of the provision requires the Navy to identify at least two bases that could serve as a testing ground for Beyond Burger-themed rations. Three facilities were identified as possible test sites: Joint Region Marianas, Guam; Navy Support Facility, Diego Garcia; and U.S. Fleet Activities Sasebo, Japan.

The program would run for three years, during which time the Navy would analyze just how copacetic sailors are to vegan food, what “effective criteria” for increasing “plant-based protein” options may be, and, perhaps, most importantly, what the cost is of providing meat in places where it is in short supply.

Lest anyone freak out about the possibility of a strict fake-meat diet when you’re already stationed on an atoll more than 1,000 miles off the coast of India, “livestock-based” protein would still be offered in good supply.

And while the slightest hint of vegan-fed sailors has already generated a counter amendment, with Rep. Lauren Boebert (R-Colo.) — who has certainly had a past with meat preparation — opposing the provision, the main issue seems to be money.

In Guam, for instance, a pound of chicken costs $9. A dozen eggs? More than $5. With inflation rising in the U.S., beef prices have risen by 15%. That means it is quite expensive for the Navy, or any other branch, to keep those mess halls stocked with everything needed to satiate the average meat eater.

Being vegetarian or vegan in the military is already going to present its own challenges, as the average mess hall or ration is not exactly geared towards accommodating a plant-based diet. The Coast Guard, which may technically fall under the Department of Homeland Security but still does some pretty cool stuff, has been offering vegan rations that are tasty enough to receive an award from the People for the Ethical Treatment of Animals, or PETA. But your average soldier or sailor or airman or, yes Space Force Guardian, generally has to find some workarounds to keep eating vegetarian.

But for any doubters, if you’ve spent time consuming something like the Vegetable Omelet MRE, do you really care where the “meat” in your meal came from?