When a suicide bomber started the last fight of the War in Afghanistan, these troops rushed to respond. 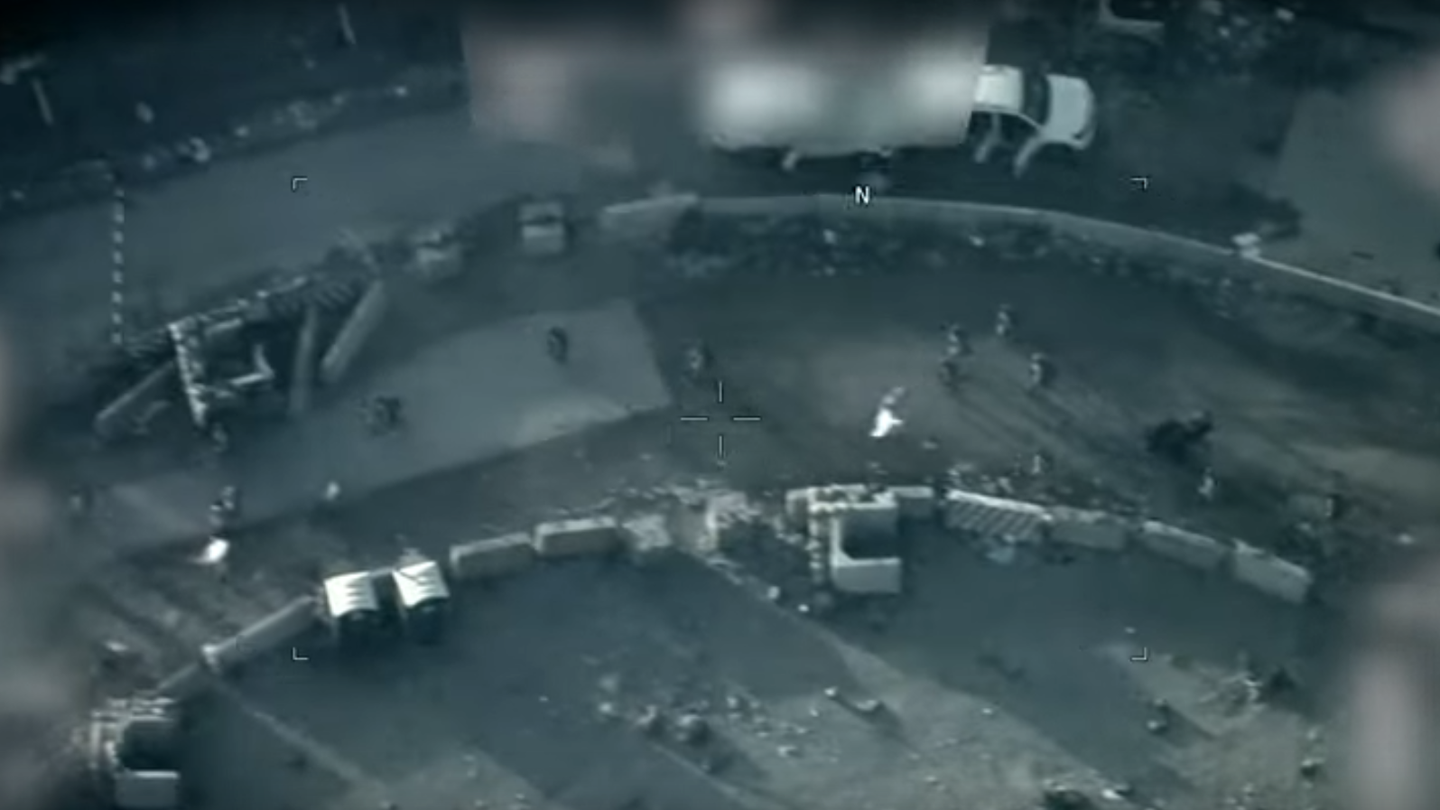 Moments after the explosion went off, the soldiers and Marines were moving. Not away from the blast, but toward the danger.

A year ago on Aug. 26, a suicide bomber attacked Hamid Karzai International Airport during the American evacuation, killing 13 American service members and more than 170 Afghan civilians. The Marine Corps released a video honoring those lost, and the video features footage of the aftermath and the immediate response to the attack at Abbey Gate.

Last August, as the United States was pulling its forces out of Afghanistan, it deployed additional troops to help supervise and manage the withdrawal. During the chaotic and messy evacuation at the airport, U.S. service members were trying to manage the flow of people when a suicide bomber detonated explosives at the gate. The videographer, talking with troops trying to manage the flood of people, unexpectedly captured video of the blast for a split second. Everyone ducks at the sound of the explosion.

But almost immediately after, troops were moving again, this time toward Abbey Gate. The overhead drone footage shows dozens of soldiers and marines running toward the source of the explosion as people flee in the opposite direction. They were rushing to secure the scene, help the wounded and make sure there weren’t additional attacks. The brief video shows different groups running through the corridors of barricades set up around the air field, regrouping as they go. After the initial suicide bombing, ISIS fighters began shooting at American service members, Taliban guards outside the airport, and Afghan civilians in the chaos. The responding troops fired back and repelled the attack.

The blast killed 11 Marines, a Navy corpsman, an Army special operations soldier and nearly 200 Afghans. 18 other American service members were wounded. The explosion was so devastating because of the crowded conditions. The quick collapse of the Afghan army and the Taliban’s sweeping push into Kabul left thousands fleeing, trying to get to safety at Hamid Karzai International Airport.

“[…]the airfield had been secured, the perimeter had been established. It was less chaotic initially,” Capt. Michael Jefferson, with 2nd Battalion, 1st Marines said in the Marine Corps’ video of the situation before the attack. “When we moved down to the actual gates, it was actual chaoss from the beginning.”

It was one of the final moments in the United States’ ground war in Afghanistan. It also was the first time American forces had died in Afghanistan since February 2020, more than a year prior to the evacuation. The Marines and soldiers at the airport were able to secure the area after the attack and restarted evacuation operations. During the evacuation, the U.S. was able to get nearly 130,000 people out of Afghanistan before withdrawing. The Taliban took over Kabul and also some American and allied equipment left behind.

“The heroes we lost that day gave their lives to defend their teammates and to help save the lives of tens of thousands of innocent Afghan people who sought freedom and the opportunity for a better life,” Secretary of Defense Lloyd Austin said in a statement on the anniversary of the attack.

The United States attempted to retaliate against the bomb maker who aided the Abbey Gate attack. The U.S. launched a drone strike in Kabul, but hit the wrong person. The attack hit an aid worker, and the resulting explosion killed a total of 10 civilians.

Since the evacuation, the United States and the Taliban government have held an uneasy truce. The U.S. is withholding aid money to the country, and launched a drone strike in the heart of Kabul to kill the head of al-Qaeda, who was in a home previously occupied by an Army veteran.