The latest leaks involve technical details for the F-15 and F-16. 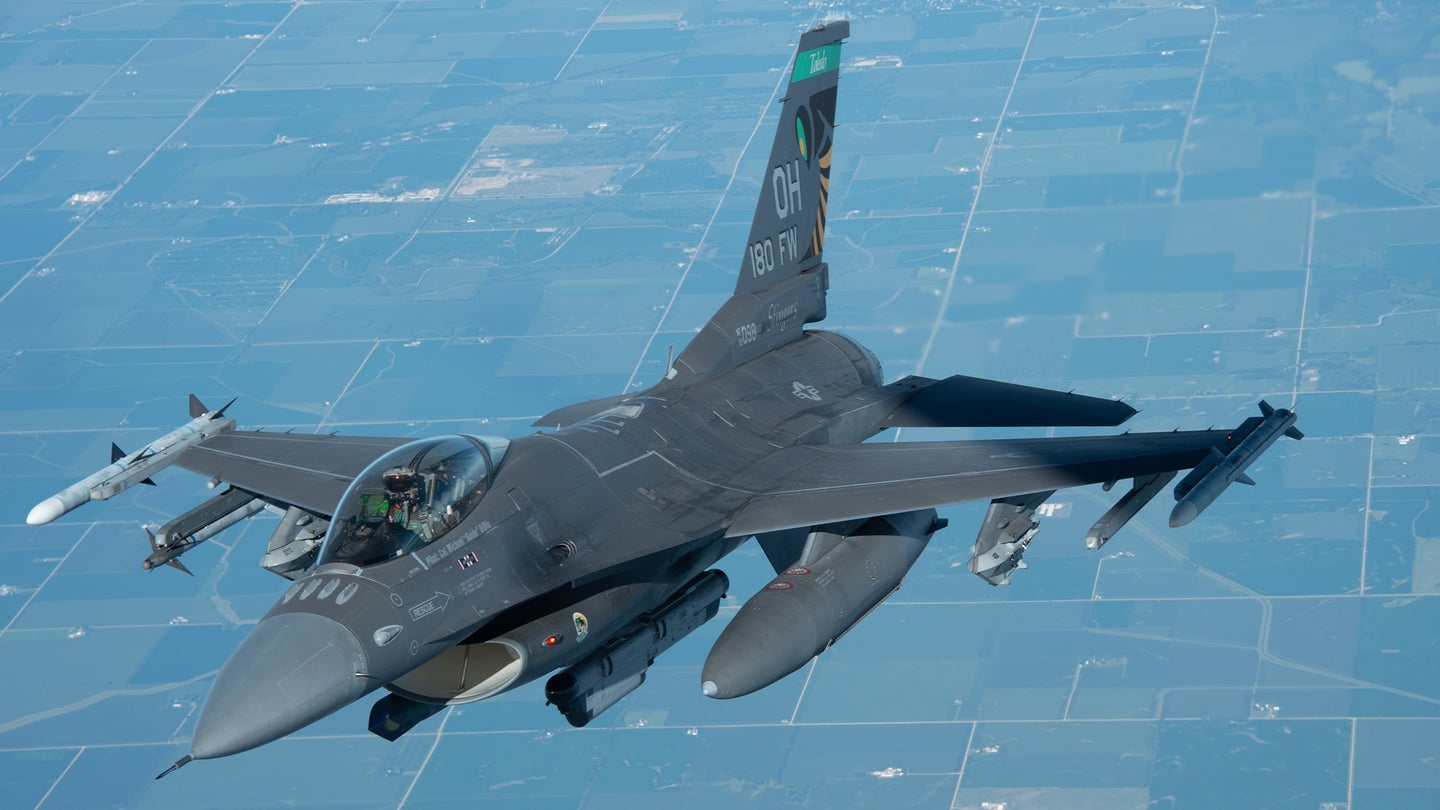 Once again, gamers apparently can’t help but post sensitive information about military technology online in order to make the game more realistic. In this case, it’s the game War Thunder, and the posts concern data about the F-16 Fighting Falcon and the F-15E Strike Eagle.

War Thunder is a multiplayer online game in which players engage in simulated combat with tanks, planes, and warships. The conceit of the game is that it is as realistic as possible: if you’re flying, say, an F-16 and firing an AIM-20 Advanced Medium Range Air to Air Missile (AMRAAM) in the game, you should have to go through all the same steps that a real-world pilot would.

And to create that level of realism, some players apparently have no qualms about sharing information that, in theory, should only be privy to the actual pilots flying those actual F-16s and firing those actual missiles.

This past week, in order to bring some clarity to just how an F-16 — added to the game just a month ago — would fire a missile, someone going by the name of SpaceNavy 90 posted technical documents in a War Thunder forum detailing the process an F-16 goes through to fire off an AMRAAM.

Now, the F-16 has undergone many upgrades over the years, so the documents SpaceNavy 90 shared weren’t quite up to date, but the forum moderators apparently thought that this post might be a violation of the International Traffic in Arms Regulations, which governs the “export and temporary import of defense articles and services.” While SpaceNavy 90 apparently argued that there was no issue with sharing old information on the F-16, the post was removed, leaving users presumably stuck in a simulacrum of flying an F-16 from the nineties, rather than 2023.

The F-16 post wasn’t the only classified data dump to hit the forum this week. Days later, another War Thunder player called RanchSauce 39 posted several operational flight program manuals for the F-15E. The documents may have been more than 20 years old, but still, the U.S. government or certain forum moderators don’t look kindly upon distributing information about military hardware, even if it’s dated to a time when Smash Mouth was topping the music charts. That post was also removed.

For whatever reason, the War Thunder forums have seemingly become a dumping ground for sharing classified military documents. In July, 2021 someone identifying himself as a tank commander in the British Army thought it would be a good idea to correct how the game had modeled the Challenger 2 main battle tank by revealing secretive information about the tank’s specifications to prove his point.

Later that year, A French tank crewman simply had to resort to posting the manual for a LeClerc main battle tank in order to settle a debate on the War Thunder forums.

And in June 2022, a Chinese tanker posted the schematics for munitions, again to show that the game wasn’t accurately reflecting just what would happen if one of those Chinese tanks were to ever engage an American, or British, or French, or German, or Israeli tank in combat.

There you have it: Proof that the biggest threat to the U.S. military’s vibrant informational security ecosystem is a bunch of gamers who just want to make their games better.