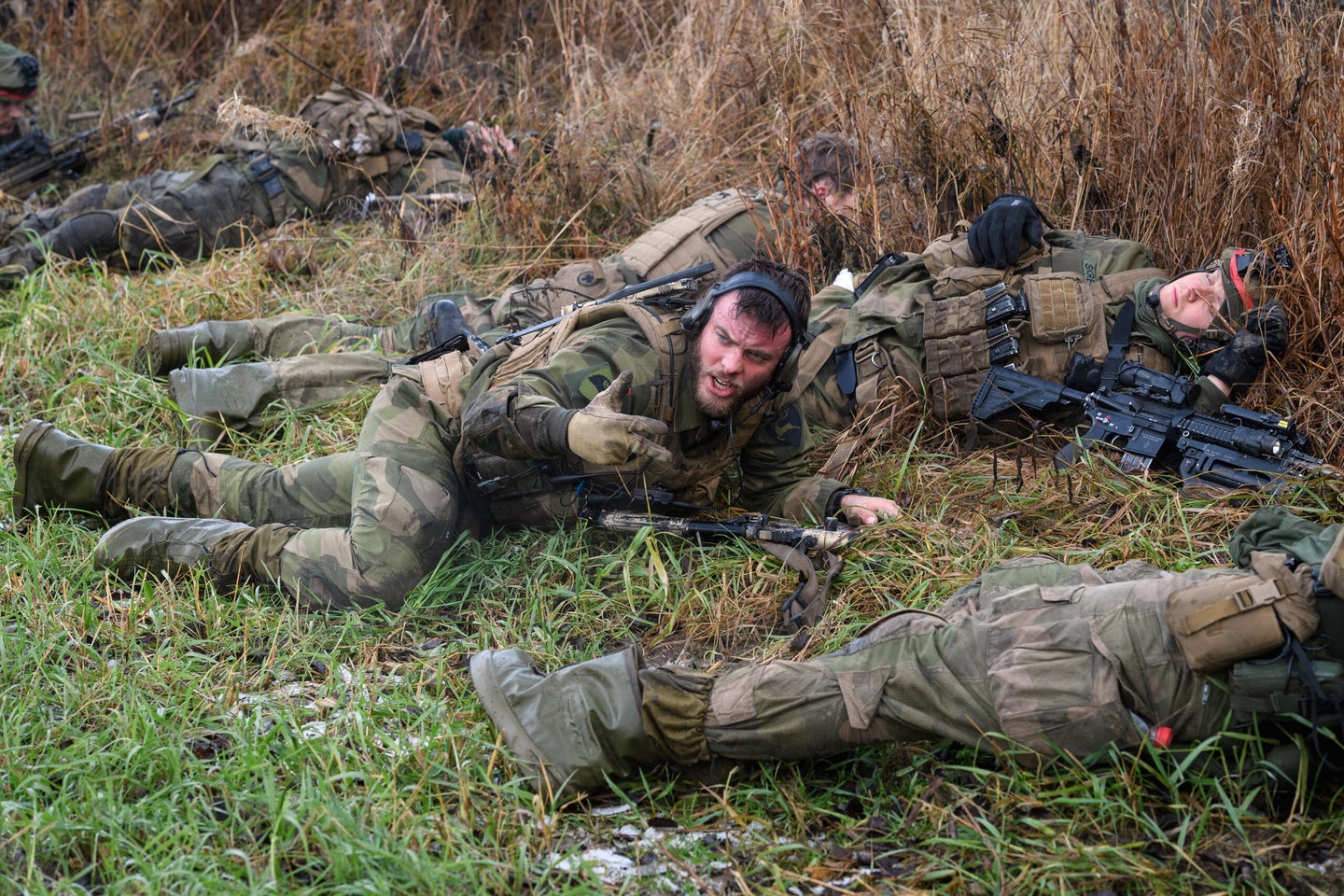 Supply chains and equipment turn-in have traditionally provided no shortage of consternation to service members. It’s not usually this personal, though.

Military conscripts in Norway are now being asked to return all issued clothing items, including things like socks, bras and underwear at the end of their mandatory service so that they can be re-issued to the next generation of recruits.

The Norwegian military said Monday that the new policy reflects a supply shortage caused, at least in part, by the COVID-19 pandemic, according to the Associated Press.

The Norwegian Defense Logistics Organization said that because of dwindling stockpiles,  “this move is necessary as it provides the Armed Forces with greater garment volumes available for new soldiers starting their initial service.”

Hans Meisingset, a spokesman for the organization, said that with “proper checks and cleaning, the reuse of garments is considered an adequate and sound practice.”

The plan was initially meant to be voluntary – a temporary solution to supply shortages exacerbated by the pandemic, Norwegian state broadcaster NRK reported. But with no abatement in delivery delays for military clothing, the policy is becoming mandatory.

Eirik Sjøhelle Eiksund, a defense union spokesman, told Forsvarets Forum that the shortaged had been a “recurring problem” for several years. In June 2020, conscripts were missing up to a third of their issued clothing and equipment.

“A year ago, we looked at exactly the same shortcomings in close-fitting clothing that we see now, and earlier this autumn, among other indentations in the Army, the largest and smallest sizes of footwear were missing,” said Eiksund.

Norway, a NATO member state, expanded compulsory military service to include both men and women in 2015. Around 8,000 people complete their service each year, which lasts between 12 and 19 months.

Eiksund acknowledged that the plan to reuse personal clothing was “problematic,” but told NRK that the shortages were leading to conscripts patrolling in woolen socks full of holes, having only been issued a single pair for the duration of their service. Eiksund described one supply depot in Norway’s frigid northern territory of Finnmark as having no woolen clothing left to issue out to soldiers.

Some of the soldiers there are operating not far from Norway’s 120-mile long border with Russia. It’s an area that has seen an increasing NATO presence. In 2019, 650 U.S. Marines were deployed to Norway as part of a joint NATO exercise, and service members have continued to deploy to the country for rotational training events.

Meisingset told NRK that it was too early to know if this would become a permanent arrangement.

In the United States, service members’ only exposure to military-issue skivvies is in basic training. Earlier this year, it was reported that the Marine Corps was eliminating an annual allowance allotted to male Marines to ensure proper maintenance of their drawers. A spokesman for the Marine Corps Uniform Board and Marine Corps Installations and Logistics noted that the annualized line item for men’s underwear was 72 cents. While that may leave male Marines a couple of dollars short on their underwear budget, whether service members are, in fact, wearing any remains a question open for debate.