The National Guard issued Capt. Alan Kennedy a reprimand when he wrote about attending a demonstration in 2020. Now it's been overturned. 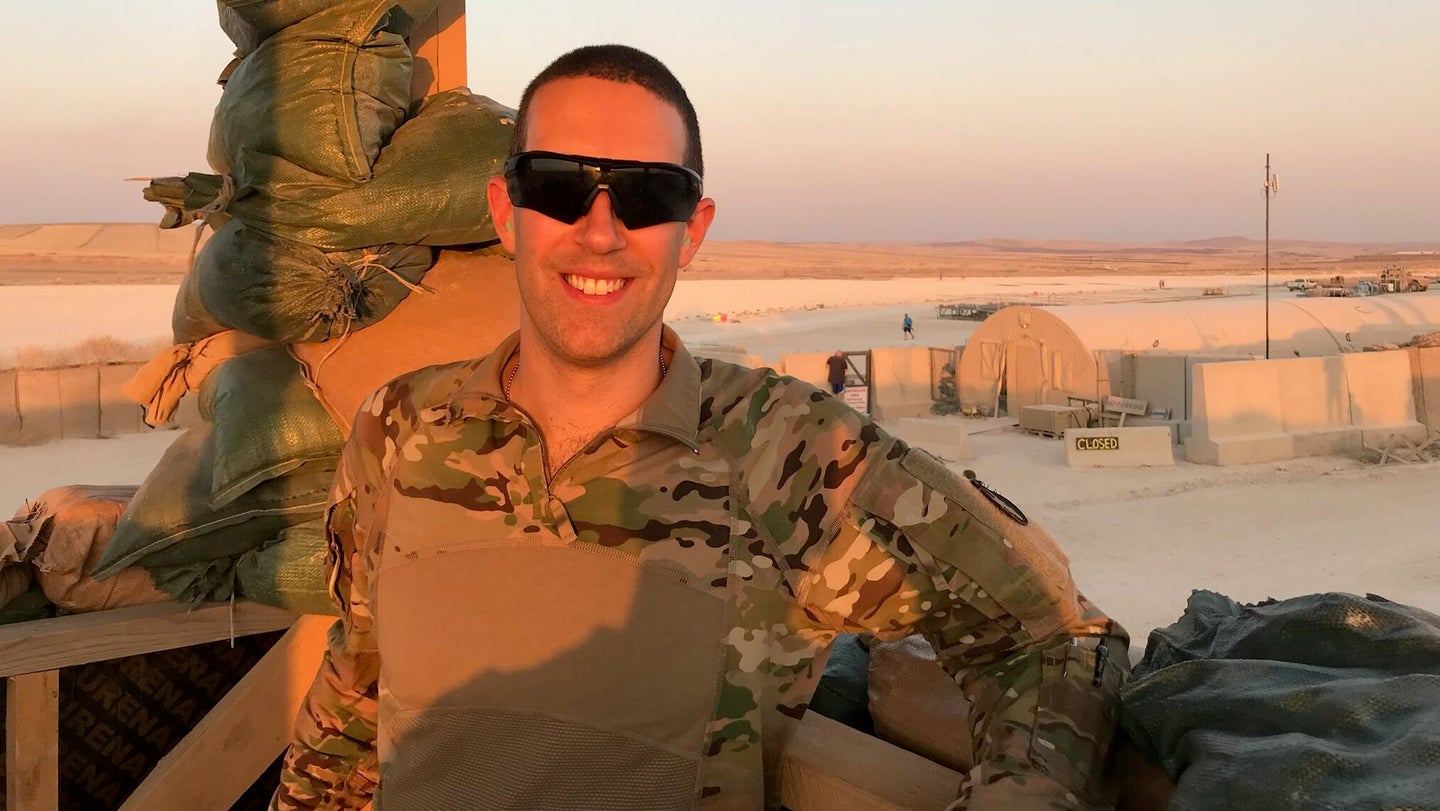 After more than a year, a former Army National Guard officer and current Army reservist has had an official reprimand that he received from his chain of command for attending a protest during the summer of 2020 overturned.

Capt. Alan Kennedy, an Army reservist who was serving with the Colorado Army National Guard when he attended a Black Lives Matter rally in 2020, called the decision “a victory for the First Amendment.”

Kennedy had initially received a general officer memorandum of reprimand, or GOMAR, from the head of the Colorado Army National Guard for his actions. That action was reversed following a decision from the Department of the Army Suitability Evaluation Board.

The issue began more than 18 months ago, on May 30, 2020, when Kennedy – who was not on duty at the time as a Colorado Army National Guard officer – participated in a protest in Denver. During the protest, Denver police began tear-gassing the crowd. Kennedy later recounted his experiences in an editorial column for the Denver Post. Service members are normally not allowed to use their uniform or rank to inform public statements.

The op-ed launched an investigation by Col. Charles Beatty, chief of staff of the Colorado Army National Guard, into whether Kennedy had violated Department of Defense Instruction 1325.06, which prohibits service members, even when off duty, from participating in demonstrations in foreign countries, that are in violation of local laws, or where “violence is the likely result.”

The initial investigation, conducted by a lieutenant colonel in the Colorado Army National Guard according to documents obtained by Task & Purpose, found that Kennedy had not committed any misconduct. Given that Kennedy was not serving as a National Guard officer either when attending the protest or when publishing the editorial, there was no violation of military regulations.

Shortly after those findings, Beatty overruled the initial investigation and issued Kennedy a temporary local reprimand, arguing that Kennedy should have known that “violence was likely to occur” at any protest.

The protests that Kennedy attended later became the subject of a civil court case, Abay v. City of Denver, in which a judge found fault with the Denver Police Department’s use of tear-gas and projectiles when responding to the demonstrations.

The next month, in July 2020, Kennedy published a second editorial recounting his experience. That launched a second investigation by the Colorado Army National Guard.

“By publishing the article and identifying yourself as a service member you violated regulations and provisions of the Colorado Code of Military Justice, and your actions brought disrepute and dishonor upon the COARNG. It is also apparent from the plain language of the article that it was your intent to do so, and thereby to intimidate the command into refraining from lawful use of its authority to investigate,” read the reprimand issued by Brig. Gen. Douglas Paul on Sept. 11, 2020.

The GOMOR issued would have essentially ended Kennedy’s military career, preventing any potential for promotion or further advancement through the ranks.

Kennedy then filed a lawsuit, alleging that the military reprimand represented a violation of his constitutional rights.

“It was clear that I was not representing the views of the military when I wrote those articles,” said Kennedy. “The Colorado National Guard just didn’t like what I wrote.”

Kennedy has since transferred to the Army Reserve, currently serving in Virginia.

Soldiers expressing their views in public is not a new issue for the military, but Kennedy’s case comes at a moment when service members have increased visibility in their personal lives, and the gap between soldiers and civilians is increasingly blurred by social media.

Earlier this summer, Marine Corps. Lt. Col. Stuart Scheller saw his career rapidly go up in flames after taking to social media to decry the pullout from Afghanistan. Seven states are now suing the federal government to protest COVID-19 vaccine mandates for their National Guard personnel.

But it’s also become a way for service members to call out their leaders. In 2020, a sergeant first class at Fort Hood took to TikTok to discuss toxic leadership conditions in his unit after having been rebuffed by his chain of command. In 2019, Task & Purpose wrote about a Wisconsin Air National Guard master sergeant who spent years trying to call attention to claims of sexual harassment in his unit. For members of the National Guard and Reserves, who only spend a few days a month in uniform, that dichotomy between service time and civilian life is only heightened.

“It’s just common sense to me that you don’t lose your constitutional rights just because you take an oath to defend them,” said Kennedy.

Kennedy’s lawsuit, filed in the United States District Court for the District of Colorado, remains outstanding. It raises a question that – while specific to one social movement in this case – is increasingly relevant to service members.

“Can the government prohibit off-duty, out-of-uniform service members stationed in the United States from peacefully participating in Black Lives Matter and other peaceful protests, if the service member’s conduct is not in breach of law and order?” reads the complaint.

In July 2021, the National Guard Bureau issued a memorandum stating that the regulations under which Kennedy had initially been punished would “only to National Guard service members in a title 10 duty status under federal command and control.”