This week, The Los Angeles Times exposed that the Pentagon is in the process of forcing thousands of soldiers to... 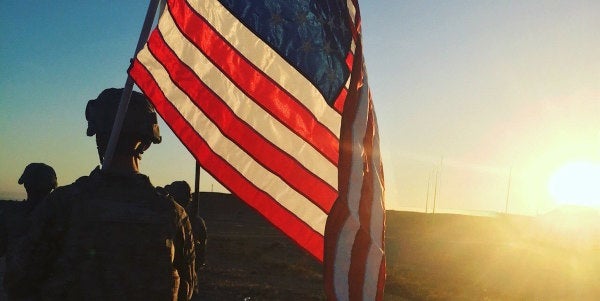 This week, The Los Angeles Times exposed that the Pentagon is in the process of forcing thousands of soldiers to pay back bonuses that the California Army National Guard had mistakenly dispersed to current and former soldiers. The California Guard’s mistake is negligent and the idea that well-deserving soldiers would have to pay for the failure of their leadership mistake is unacceptable. We can only assume this is not the last we’ll hear about this problem. It’s already been suggested that this issue exists in other states. It’s not enough for us to make note of this problem; all of us must act to fix it now before it affects more of us.

The men and women who stepped forward after 9/11 understood the risk they were taking and bravely decided serve despite the risk and sacrifices they that would follow. They did so, along with less than 1% of the nation’s population, and with what they thought was a bonus for going off to war. Soldiers used these well-earned bonuses to invest in their potential, to afford a quality education, to support their families, and to build communities across the country. Servicemen and women spent the bonuses they were given by our government, as they were instructed and entitled to do. For the Pentagon to turn around and demand that those soldiers pay back those bonuses is unfair, and a dangerous and damaging precedent to set. Men and women who sign up to serve must trust and respect the government that they swear to protect and defend; holding soldiers responsible for the failures of their leadership jeopardizes that sacred and critical trust and respect.

Our government should reward the few brave and honorable Americans who step forward, sacrifice, and serve our country. That cannot be argued. Investing in men and women who served is a smart move for our country, as we’ve seen with the success of the GI Bill. By reneging on those investments, and punishing service members who did nothing wrong, the government will tarnish its reputation and disincentivize other people who otherwise might enlist and serve. At the same time, this puts thousands of men and women who have served and sacrificed in financial distress for no reason.

In order for the Pentagon to maintain the public’s trust, and to keep thousands of honorable veterans from financial distress, the Department of Defense must waive repayment requests currently being sought and repay the soldiers who have already returned their bonuses. It is the only way to make this right. At the same time, Congress must change the law so that those defending this decision can no longer point to the law to defend such intolerable actions.

Men and women who sign up to serve our country must not be forced to shoulder the weight of mistakes made by the government they stand up to serve. Now, the Department of Defense and Congress must stand up to make it right for those men and women.

As chief program officer, Anthony Pike leads development of the vision, strategic priorities, and management of IAVA’s programming and member engagement, both online and offline. Anthony enlisted in the Marine Corps in March 2000. He served his first Iraq tour in Baghdad beginning in January 2004. In March 2006, Anthony deployed for a second tour to Ramadi, Iraq. He recently completed his bachelor’s degree in Aviation at Westminster College in Salt Lake City.