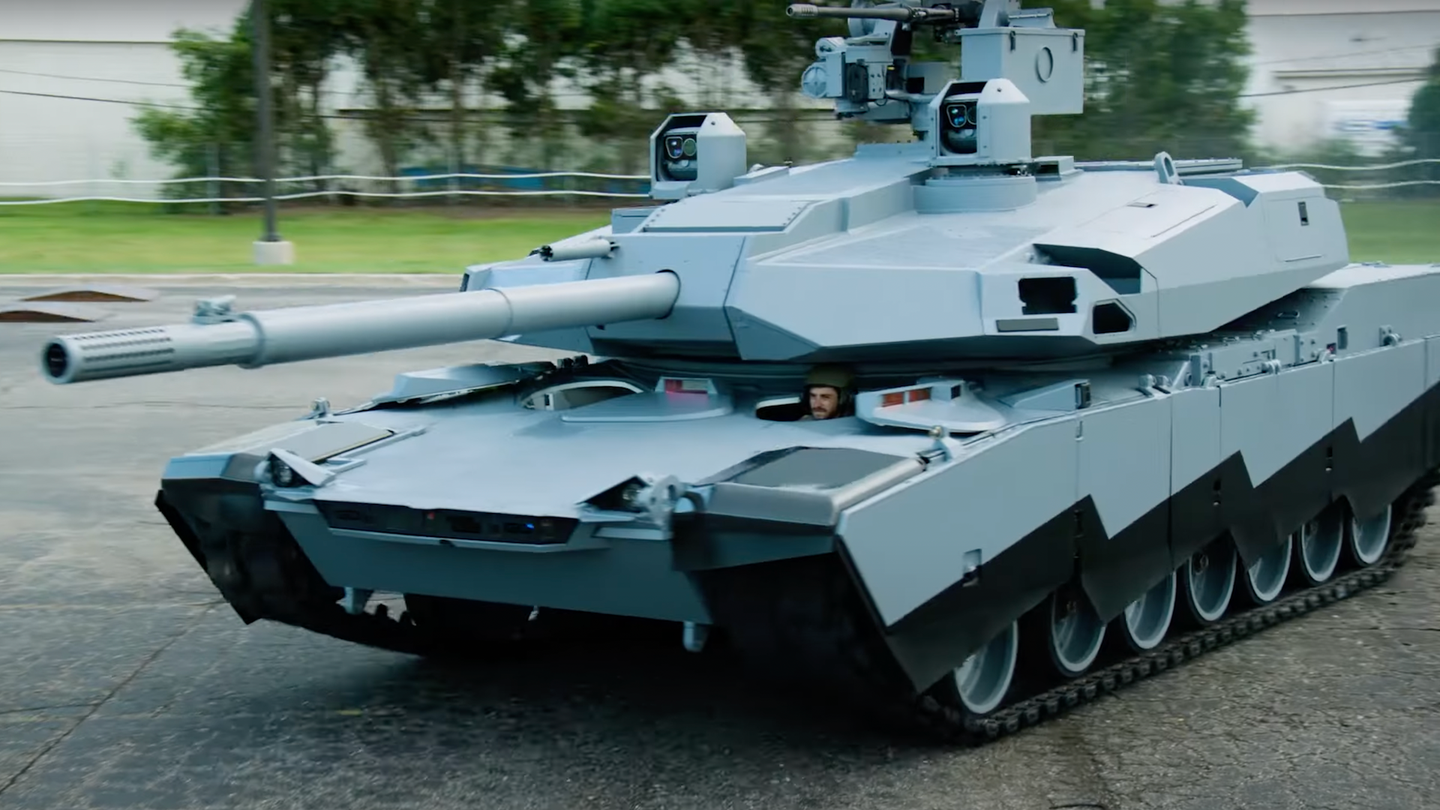 In a video released Saturday, the defense contractor showed off the so-called “AbramsX” technology demonstrator trundling along at a testing facility, spotlighting the tank concept’s “transformational technology” ahead of the system’s full unveiling at the Association of the U.S. Army’s annual meeting in Washington D.C. next week.

Details on the Abrams X are scant at the moment, but according to GDLS, the new tank concept features “reduced weight for improved mobility and transportability,” allowing for a similar tactical range to the M1A2 Abrams variant currently in service with roughly half the fuel consumption and a significantly smaller crew.

As our colleagues at The War Zone reported when GDLS first started teasing the next-generation tank concept in previous months, the AbramsX will likely feature several new weapons systems and sensors, including a 30mm Kongsberg Protector RS6 Remote Weapon Station mounted on top of its main turret, what looks like an advanced 120 mm main gun, some variant of the Trophy active protection system that’s seen testing on the Army’s current M1 Abrams fleet in recent years and refreshed electro-optical and infrared turrets.

Not only is it deadly, featuring “​​AI-enabled lethality” based on the company’s Katalyst Next Generation Electronic Architecture for advanced mobility and target acquisition, manned/unmanned teaming (MUM-T), and various autonomous systems, but the AbramsX is silent too — sort of.

“The AbramsX’s hybrid power pack supports the U.S. Army’s climate and electrification strategies, enhances silent watch capability, and even allows for some silent mobility,” according to GDLS, suggesting that the new Abrams concept might achieve some level of relative stealth when moving across the battlefield compared to previous iterations.

According to GDLS, the AbramsX will function as a “key node in lethal battlefield networks” and serve as a bridge between the currently-fielded Abrams SEPv3 and the recently-unveiled SEPv4 iteration to some sort of “future tank,” whatever that might look like.

When soldiers can expect to get their hands on the AbramsX remains to be seen: the service only received its first half-dozen initial production versions of the SEPv3 back in October 2017 and started testing the SEPv4 this year.