"Always smile and be happy and be blessed that we’re in the greatest country in the world." 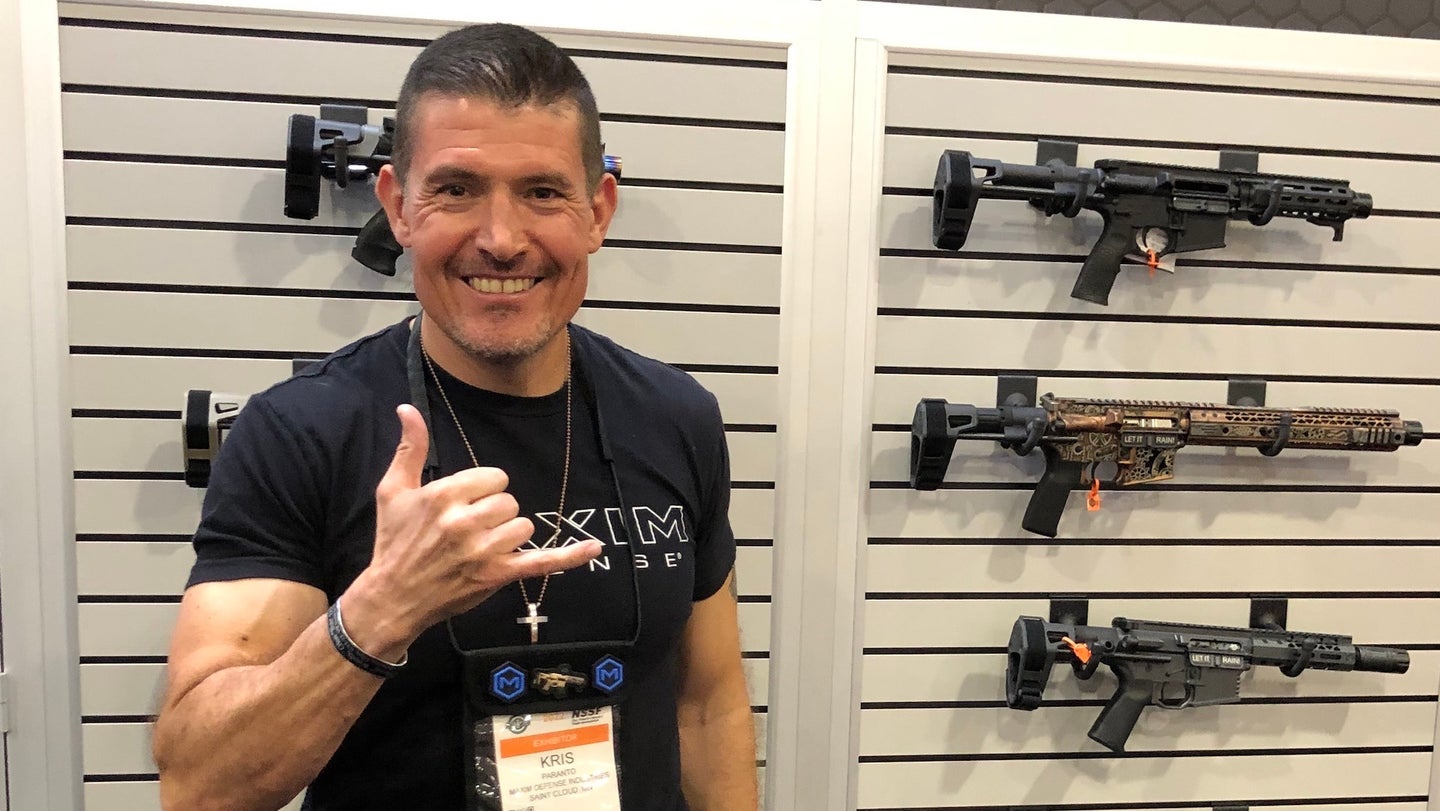 Welcome to The Things I Carry, a semi-regular series from Task & Purpose that examines the everyday carry of notable veterans. This installment features Kris “Tanto” Paronto, the former Army Ranger turned military contractor who joined a six-man security team that defended a CIA annex during the 2012 Benghazi attack. His experience was documented in the book 13 Hours: The Inside Account of What Really Happened in Benghazi, which he co-wrote.

Below, Paronto discusses his everyday carry gear and philosophies. This interview has been edited for length and clarity.

Kris Paronto: I’m pretty much a proponent of the everyday carry stuff. Yes, of course, I carry a pistol, I do like my concealed carry. I carry mainly appendix. Holsters? I do like Kydex.

Why not nylon or leather holsters?

The reason being is if you do get the nylon (and) it closes on you and if you have to put your gun back into that holster, there’s a chance that you could have a negligent discharge.

Leather is tremendous. It’s more comfortable (than Kydex), but again, the possibility of the opening and collapsing when you reinsert that holster, so I do like Kydex.

Why do you prefer appendix carry?

The appendix is comfortable for me because I’m getting old. My back hurts, so keeping it on that three o’clock position doesn’t always work.

Is there anything more important than gear?

Situational awareness. That is your best defense … Knowing what’s going on around you. If you don’t believe me, just remember the next time you’re walking down the street looking at your phone, and a friend taps on your shoulder (and) how it startles you. If that startles you, what do you think will happen when someone taps you on the shoulder and puts a gun in your face? Situational awareness. That is your best defense.

Shifting gears, what do you do for home defense?

At home, of course, I’m with Maxim Defense and they make the Tonto’s Toolbox, so I have a 300 Blackout (rifle) for home defense. And I make sure that the thing is unloaded and safe. Because if you have kids like I do, store it in a safe area but also an area that I can get at to get at it.

With the pistol, I have a Staccato C, but I do like the Sig 365s as well. And, you can never go wrong with a Glock. They’re easy to shoot … and you can trick them out with better sights or a better trigger. I have Glock 19s and Glock 17s as well.

On the other side, I do have body armor. I keep it in the closet, but it’s not really for me though. What I keep it in there for is if there is a problem and it just goes south and I’ve gotta hunker down with my family in the room, it’s for them, so I give them the body armor so they’re protected.

But you have other things you could use for protection too, and if it ever goes south that far — you know, you could use bath ceramic tiles. What are plates usually made out of? Ceramic. So, we have ceramic bathtubs, ceramic tile, of course.

How can people prepare for a life-threatening situation whether it’s at home or on the street?

If there’s one thing that I learned in Ranger school, it’s this: when you’re waking up from a stupor with loud sounds — bangs, crashes going off — you don’t know where you’re at.

I try to tell people when you wake up startled, you don’t just go right to your gun and you’re able to engage and get after it. You’re in a fog. If any of you have just woken up out of the blue, you’re in that stupor, so you have to find (gear) that you can get to easily. (You should keep it in a place) where you don’t have to think about it because it’s hard to think.

What kind of place is that?

There are safes out there — I do recommend getting one — but find one that you can use easily when you’re half-awake. If it’s something that’s intricate, you’re not going to be able to get to that pistol. Or if you have a side drawer or locked drawer … you could just put it in that drawer and make sure you can get to it easily.

Again, you just don’t function. Your brain doesn’t start functioning until you get that 30 minutes or 30 seconds for you young bucks awake. It’s something we don’t talk about and it’s something that needs to be addressed because people think that you could just wake up and start shooting and it doesn’t work like that.

When people go buy gear, what should they keep in mind?

Go to the gun shop. Go to the holster shop. Find something that works for you. The gun will find you. The holster will find you. Just like Harry Potter’s wand — I know I’m a nerd and I’m quoting that — but it’s gonna find you. You gotta try it all. It doesn’t matter if it’s a $2,000 gun or a $200 gun. If it works in your hands and it feels comfortable, and you know that it’s going to be functional when you’re out and you need it the most, then get it.

Is there anything else?

And smile. It’s amazing when someone smiles back. At least you know that they know that you’re watching them and paying attention to them. Always smile and be happy and be blessed that we’re in the greatest country in the world.