The U.S. Army Special Forces, commonly known as the Green Berets, are masters of warfare, fitness, endurance, and preparation. Like... 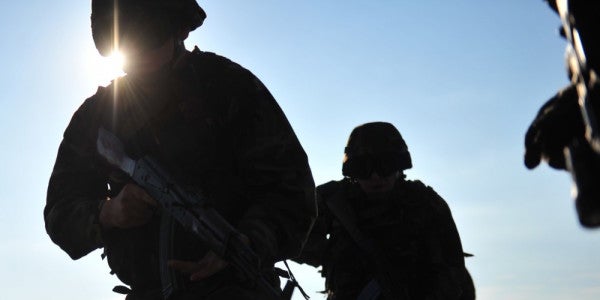 A U.S. Army Special Forces member ushers Croatian soldiers aboard an HH-60H Seahawk helicopter before fast rope training at a training base in Udbina, Croatia, Sept. 18, 2012, during Jackal Stone 2012.
SHARE

We all know about the importance of practice and rehearsals from sports, dance, gymnastics, theater, and public speaking. Special Forces rehearse nearly everything — shooting, parachuting, speaking foreign languages, assembling radios — because they know they will encounter situations when time, resources, and security don’t allow for full, complete, and resource intensive rehearsals. This is where mental rehearsals, process in which you clearly imagine what the absolute perfect completion of your task looks like, can be very helpful.

Let’s try one example: imagine the act of hitting a baseball. See yourself walking up to the plate, hearing the soft crunch of gravel under your cleats, faintly smelling the cut grass, and seeing the glint off the top of the catcher’s helmet. Then, you step into the batter’s box, secure your feet, bring the bat back, and glare back at the pitcher. Now you see the pitch — a heater — and whip the bat around for swing for a clean single over the second baseman’s head. This level of detailed imagery, rehearsed over and over in your head, is invaluable for using mental discipline to master complex tasks.

The Green Berets use a grueling three-week assessment and selection process to find the candidates with the correct combination of physical fitness, motivation, and determination to attempt the Special Forces Qualification Course. All together, the Special Forces Selection course, the Qualification Course, language school, and survival school is a nearly two-year intense training session just to achieve the minimum level of proficiency to be considered deployable on a Special Forces “A” Team. During this training period, fear of the unknown, incredible physical pain, and wavering determination can begin to get to even the most motivated candidates.

Act and look relaxed — even if you don’t feel it.