A nuclear war doesn’t have to be the end of the world, according to the U.S. government’s latest Nuclear Posture... 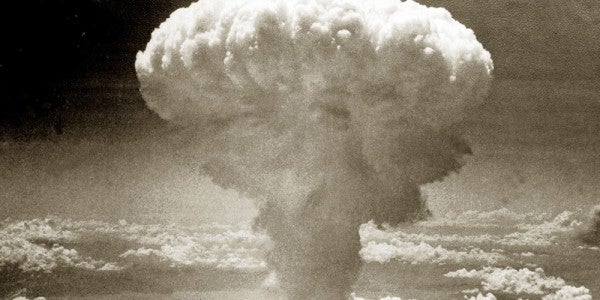 A nuclear war doesn’t have to be the end of the world, according to the U.S. government’s latest Nuclear Posture Review.

The recently updated policy on nuclear weapons calls for fitting existing submarine-launched ballistic missiles with low-yield warheads to deter Russia, which believes that if it uses tactical nuclear weapons as part of a first strike, it can de-escalate a crisis on its terms because the United States would not want to counter with a full nuclear strike.

In other words, the United States could respond to a tactical nuclear strike with a low-yield weapon instead of escalating to World War III. For the long term, the Defense and Energy Departments will also study how to develop new submarine-launched cruise missiles that can also be fitted with low-yield warheads.

“Expanding flexible U.S. nuclear options now, to include low-yield options, is important for the preservation of credible deterrence against regional aggression,” according to the Nuclear Posture Review. “It will raise the nuclear threshold and help ensure that potential adversaries perceive no possible advantage in limited nuclear escalation, making nuclear employment less likely.”

Underlining the policy is the idea that a nuclear exchange between the United States and Russia could be limited to the least destructive weapons in both countries’ nuclear stockpiles.

America is neither increasing the number of its nuclear weapons, nor is it increasing the odds of a nuclear conflict, Under Secretary of Defense for Policy John Rood said at a Friday news briefing. Furthermore, the United States has had low-yield nuclear weapons in its inventory for decades, he said.

“When we look at some of the activities, statements, capabilities that adversaries — or potential adversaries — have pursued, one of the things that we want to make sure that we maintain is a flexible set of capabilities so that they not come to the mistaken impression that would be some ranges of situations where they might employ nuclear weapons — whether they be low-yield or so-called ‘battlefield nuclear weapons,’ things of that nature — in a way that we would feel that we did not have credible response options, in order to preserve deterrence,” Rood said.

However, Rood also stressed that the U.S. nuclear policy does not call for the automatic use of nuclear weapons in certain circumstances. The U.S. government would consider the circumstances of any attack — including a cyber attack — before deciding whether or not to respond with nuclear or conventional weapons, he said.

“Obviously, I would highly discourage any nation from considering such an attack on the United States or our allies — that would not be in your interest to do so, to state the obvious,” Rood said.

Under then-Defense Secretary James Schlesinger, the United States sought an alternative to mutually assured destruction, under which any use of nuclear weapons between the U.S. and Soviet Union would result in both countries being annihilated, Saunders said in an interview with Task & Purpose on Friday.

“There was a concern that if the other side thought that they could use nuclear weapons in a limited way and we didn’t have a viable response — other than destroying human civilization — that they would be able to get away with it,” Saunders said. “That’s certainly something we want to prevent.”

Right now, the United States has a conventional military advantage over Russia, and that has caused the Russian government to consider using tactical nuclear weapons “because they may have no other alternative in a conventional conflict,” Saunders said.

However, while deterrence calls for having appropriate responses to the full spectrum of nuclear attacks, no one knows if a nuclear war could actually be contained to low-yield weapons, he said.

“That’s the strongest reason for not getting into a situation where someone needs to think about using nuclear weapons,” Saunders said. “To the extent that having lower yield weapons makes our deterrence more credible, then I think it helps us to avoid getting into that situation.”