Push-ups, it’s good for what ails you 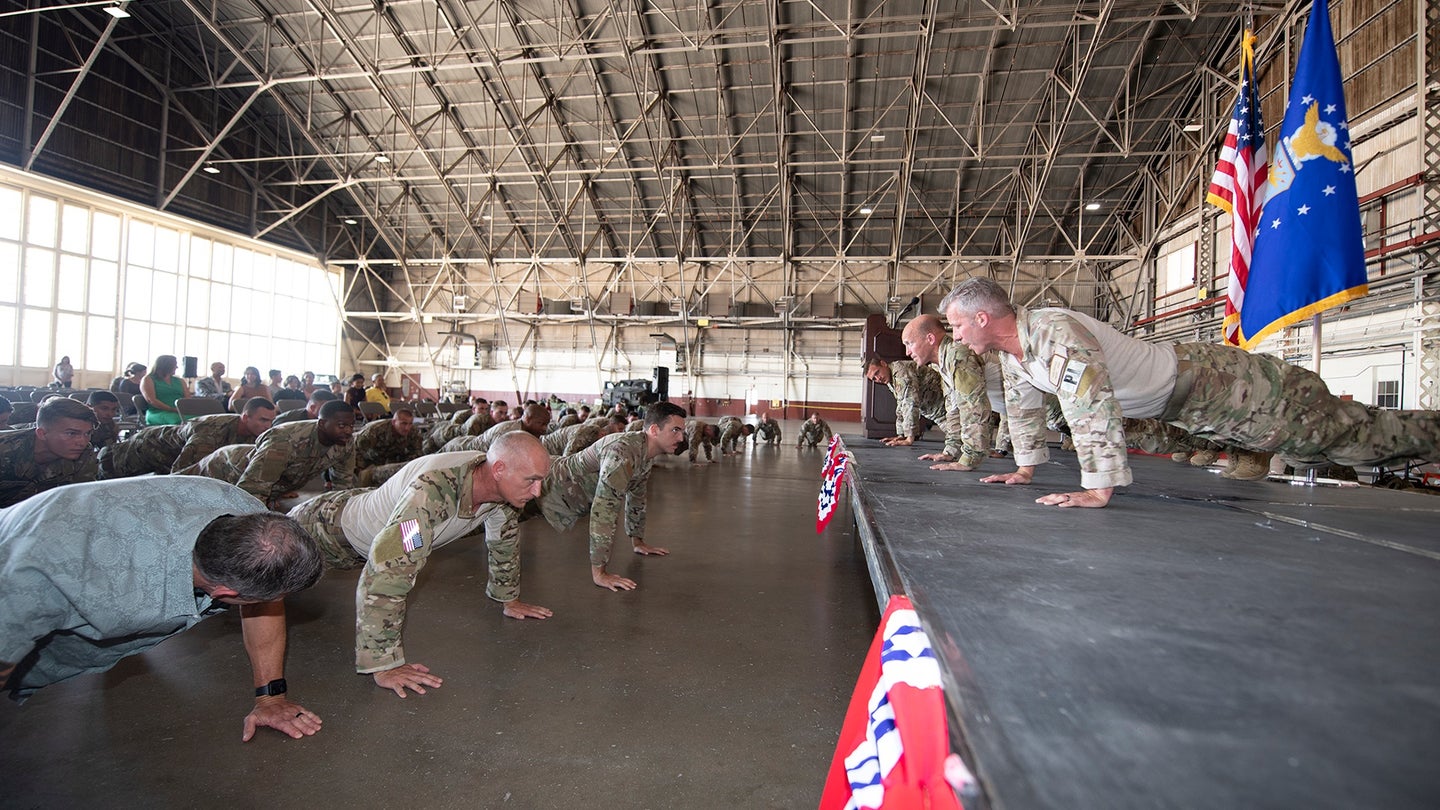 Staff noncommissioned officers. Love them or occasionally chafe at their discipline, they are what makes the military function. Sometimes that involves push-ups.

In June, Chief Master Sergeant Todd Popovic, command chief of the Air Force’s Special Warfare Training Wing at Joint Base San Antonio-Kelly Field, retired after 28 years of service. And he did so in a way befitting all senior enlisted leaders, by leading those in attendance at the ceremony in a round of push-ups.

Popovic had served as an Air Force pararescueman since 1997. The “PJs” are “elite specialists in search and rescue and combat medicine who train to rescue downed pilots or special operators cut off behind enemy lines.”

Over the years, they’ve earned plenty of accolades. In 2010, several pararescuemen helped retrieve 19 U.S. and coalition personnel during Operation Bulldog Bite in Afghanistan, including 19 wounded troops, flying 25 missions over the span of 5 days. In that same operation, another pararescueman walked off getting shot in the head and was flying missions 24 hours later. And elsewhere, Air Force pararescuemen parachuted from an HC-130 search and rescue aircraft to help save the crew of a burning vessel 1,300 miles off the coast of Cape Cod, Massachusetts.

As the Air Force pararescue motto says, “these things we do, that others may live.”

So, if you’re a senior non-commissioned officer serving in one of the Air Force’s most badass, elite fields, why not go out with some push-ups?

It’s also not the first time that Popovic has taken advantage of a formation to do so. In 2021, at an unveiling for a plaque commemorating Master Sgt. John Chapman, who was posthumously awarded the Medal of Honor for his actions at the Battle of Takur Gar in Afghanistan in 2002, Popovic did the same thing, leading those in attendance in a round of “memorial push-ups.”

In less terrestrial retirement fare, Popovic also made one last jump for the occasion. All others can start pushing, though, as any senior non-commissioned officer would want.