A bunch of Marines and Ospreys may be appearing in ‘Mission: Impossible’

“Participation in this film will showcase the Marine Corps as a disciplined, professional, ready force." 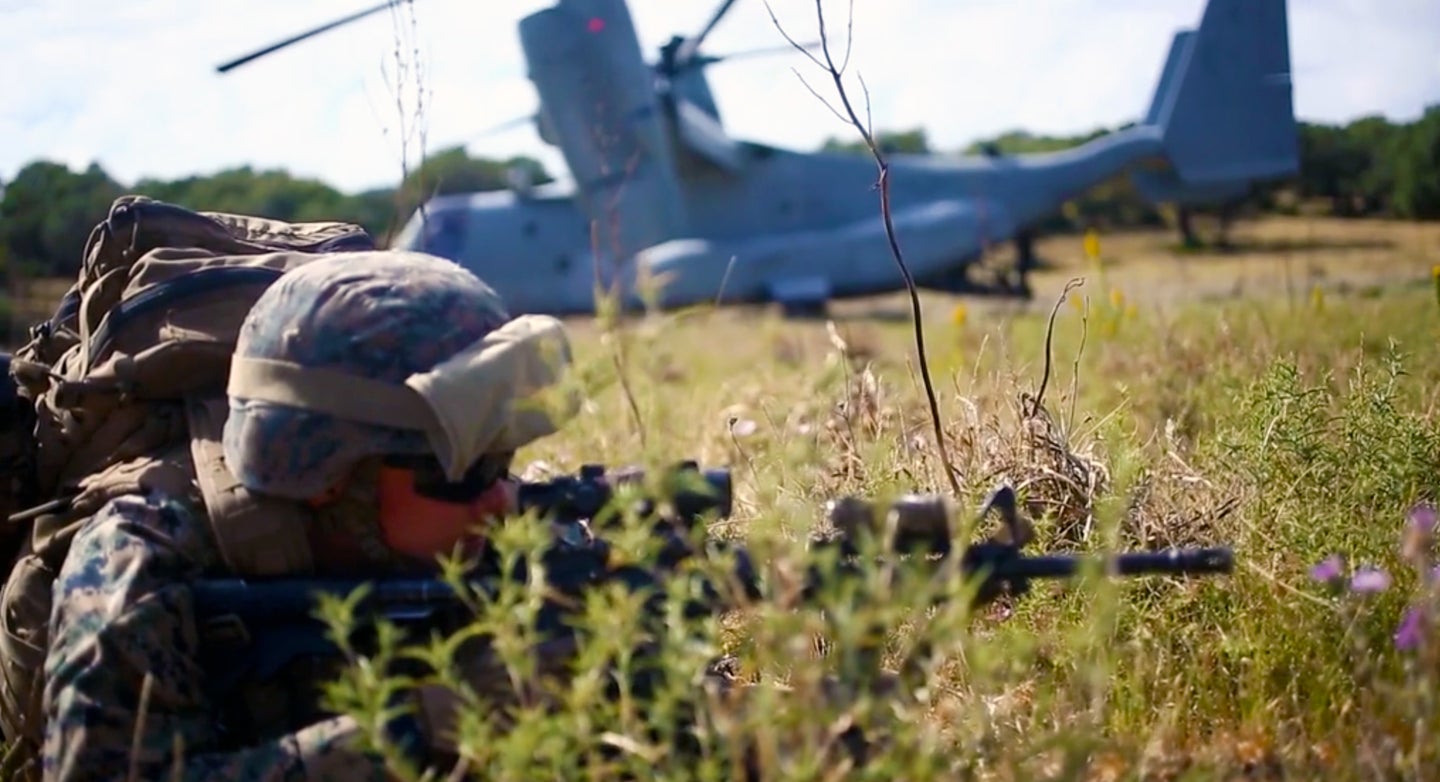 More than two dozen Marines and a couple of MV-22 Ospreys may be making a cameo appearance in a future Mission: Impossible film.

The Marine Corps on Tuesday inadvertently posted a public call for planners to study the feasibility of supporting the filming of a “major motion picture event” from Paramount Pictures early next year at locations in the United Arab Emirates and the United Kingdom.

“Participation in this film will showcase the Marine Corps as a disciplined, professional, ready force, highlight our ability to fit within the joint force, and demonstrate the expeditionary capabilities of the MV-22 to a global audience,” reads Marine administrative message 760/20, which was canceled and removed from the Corps’ website soon after Task & Purpose asked for more information.

“It was an administrative error which was quickly corrected,” said Capt. Casey Littesy, a Marine spokeswoman. Officials explained that the feasibility study would still go forward but was accidentally made public.

Though the message did not specify the name of the film, it mentioned “movie project libra” with two locations potentially needing the Corps’ support. Libra is the working title for “Mission: Impossible 7,” which is currently in production and slated for release on Nov. 7, 2021.

To be clear, there are other possibilities aside from the seventh film in the popular Mission: Impossible franchise. It could instead be the eighth film, which is being filmed back-to-back with Mission: Impossible 7 and due for a November 2022 release. Paramount currently has 22 films in production, according to Internet Movie Database, though only seven are currently filming.

“Out of professional courtesy to Paramount Pictures, comments on titles and other details of ongoing productions rests with their own publicist,” said Maj. Joe Patterson, a Marine spokesman. (Paramount Pictures did not respond to requests for comment.)

“The document you are referring to is one way we determine if the Marine Corps can and is willing to support and is not directive in nature,” Patterson said. “If supportable, an official agreement, known as a Production Assistance Agreement, is entered into between the Department of Defense and the production company.”

According to the message, the Marine Corps is studying whether it can support two days of filming in February at Abu Dhabi International Airport and Qasr Al Sarab Desert Resort in the U.A.E. and five days of filming in early March at Royal Air Force Mildenhall, an airbase in the U.K.

In Abu Dhabi, the Corps is considering whether it can supply two MV-22B Osprey tilt-rotor aircraft with “full crew in combat load,” while Mildenhall could potentially host “10-15 Marines with full combat gear to appear as extras.”

If the Marine Corps does end up supporting this film, Marines playing extras will need to be on a leave or liberty status in order to participate and will be paid by Paramount.

You can still read the full message here at the Wayback Machine.