Chemical Weapons In Iraq Were A Secret Danger To US Forces

A remarkable piece by C.J. Chivers with the New York Times details how from 2004 to 2011, American and American-trained... 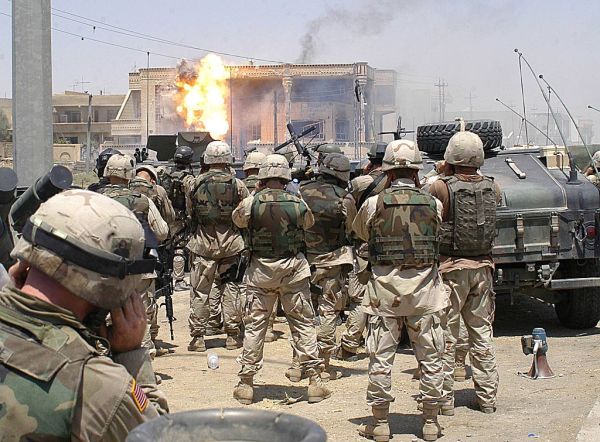 A remarkable piece by C.J. Chivers with the New York Times details how from 2004 to 2011, American and American-trained Iraqi troops repeatedly encountered, and were wounded by, chemical weapons left over from Saddam Hussein’s rule, refuting a claim made by the U.S. government in 2004 that “any remaining chemical munitions in Iraq do not pose a militarily significant threat.”

Through interviews with dozens of participants, Iraqi and American officials, and heavily redacted intelligence documents obtained under the Freedom of Information Act, Chivers lays out how the Pentagon played down the danger and covered up the findings of approximately 5,000 chemical warheads, shells or aviation bombs.

“The New York Times found 17 American service members and seven Iraqi police officers who were exposed to nerve or mustard agents after 2003. American officials said that the actual tally of exposed troops was slightly higher, but that the government’s official count was classified,” Chivers’ piece states.