Up through World War II, most photos taken were only shown in black and white. But now, thanks to Brazilian... 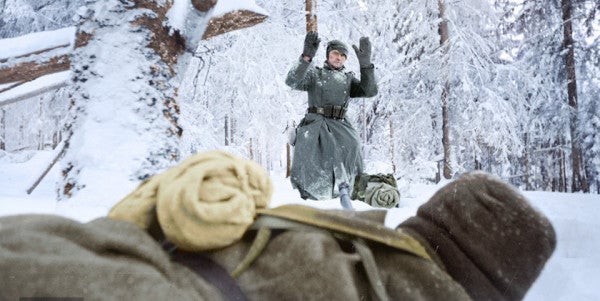 Up through World War II, most photos taken were only shown in black and white. But now, thanks to Brazilian artist Marina Amaral, we are able to glimpse history through a new lens — in color.

She said she began to experiment with Photoshop when she was a child, but it was just a hobby, never anything serious.

However, she said, “One day I found a few colorizations on the internet, by accident, and I was fascinated by the possibility to transform my two passions into one single thing.”

But the colorizations are no easy feat, she added.

“It's like a traditional painting,” she said. “Research, lots of layers of different colors and many hours of patience. Every single pixel is colored by hand — there is nothing automatic in the process.”

2. On April 21, 1944, one-man submarine lands on Peter Beach in the Anzio Beachhead area of Italy, and is examined by U.S. soldiers.

Colorized images and custom prints are available at MarinaAmaral.com.