I want to believe. 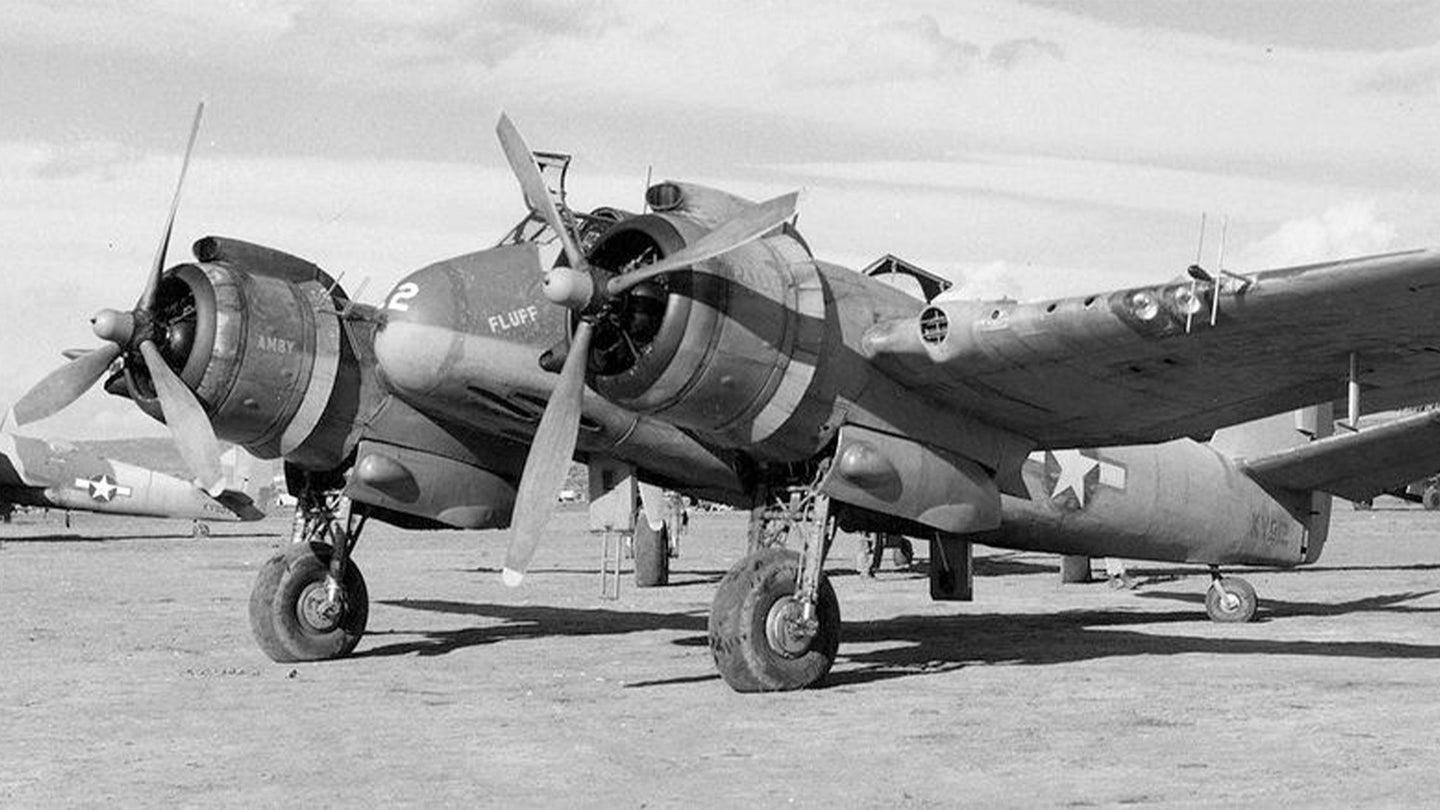 A Bristol Beaufighter night fighter aircraft, much like the one used by the 415th Night Fighter Squadron. (Image via Wikimedia Photo Commons).
SHARE

In the final weeks of 1944, the crews of a night fighter squadron based in France started reporting some unusual activity in the skies.

The first report came in November of that year. Pilot, Lt. Edward Schlueter, radar operator Lt. Donald Meiers, and intelligence officer Lt. Fred Ringwald, all from the 415th Night Fighter Squadron, were flying along the Rhine River near Strasbourg. They described seeing a series of orange lights maneuvering through the air nearby. Neither ground based radar or their own onboard equipment registered anything, and any attempts to fly closer to the lights proved futile.

For the next several weeks, pilots would report similar encounters — mysterious lights of varying colors that would appear in the sky and outmaneuver any attempt to engage them. Meiers dubbed them “foo fighters,” apparently  a reference to the 1930s “Smokey Stover” cartoon about a firefighter who used “foo” as a kind of slang term or nonsense word.

On December 17, there was another sighting over Germany, where a series of mysterious lights trailed a pilot before disappearing. Five days later, two more crews reported balls of light appearing to rise from the ground and follow their aircraft.

These encounters  might have remained relegated to after action reports and unit gossip were it not for an Associated Press reporter deciding to spend a couple of days with the 415th.

Robert C. Wilson had already covered the war in Europe extensively. On December 31, 1944, he was in southern France; the plan was apparently to fly along in a night fighter from the 415th as the clock moved past midnight into 1945. Weather conspired against this, though, so Wilson spent the day just hanging out and talking to members of the squadron, celebrating New Year’s in the more traditional way.

The next day he filed a story, and by January 2 it was in the New York Times. The story was that of some night fighter pilots describing strange balls of light or fire that they couldn’t explain.

“There are three kinds of these lights that we call ‘foo fighters,’” the article quotes Meiers as saying. “One is red balls of fire which appear off our wing tips and fly along with us; the second is a vertical row of of three balls of fire which fly in front of us, and the third is a group of about fifteen which appear off in the distance – like a Christmas tree up in the air – and on and off.”

Meiers further described the flight capabilities of these mysterious lights, describing an encounter where one of the “foo fighters” picked him up at low altitude. “I turned to starboard and two balls of fire turned with me,” he said. “I turned to the port side and they turned with me. We were going 260 miles an hour and the balls were keeping up with us.”

Meiers concluded with his take on the phenomenon: “They don’t attack us. They just seem to follow us like will-o’-the-wisps.”

Wilson also described another encounter from a pilot in the 415th, Lt. Wallace Gould, who described the lights following his wing tip for several seconds before zooming at least 20,000 feet into the sky and out of sight.

As Gould said, “I thought it was some new form of jet propulsion plane after us. But we were very close to them and none of us saw any structure on the fire balls.”

So, what was it that these pilots were seeing? Flares? Weather balloons? Combat fatigue?

In Wilson’s article, Meiers speculated that it was a “psychological” weapon, but other pilots reportedly didn’t think that it could be a German weapon since these balls of fire in the sky never attacked them.

And while Wilson’s story, as well as a subsequent article a year later in American Legion Magazine essentially solidified the 415th’s encounters with these mysterious balls of light, similar stories had been circulating for years prior. As early as 1942, Royal Air Force crews, which flew their bombing missions at night, had also been reporting unusual lights and fire balls in the skies. Across Europe, the Mediterranean and the Pacific, there were occasional reports of pilots encountering unexplained lights and unusual phenomena that defied any known explanations.

A few years after the war, the UFO phenomena really began to take off. A private pilot’s account from 1947 coined the term “flying saucer.” Only two weeks later, stories of the “Roswell incident” were in newspapers, and by the 1950s the idea of flying saucers was a common theme for science fiction movies. And, of course, in recent years, there’s been the slow and steady leak of reports on other unexplained aerial phenomena.

But as for the “foo fighters” of World War II? They still remain an equally unexplained phenomena. And, yes,  Dave Grohl has admitted that he was reading about them when he was looking to name his post-Nirvana foray into safe, pleasant dad-rock.