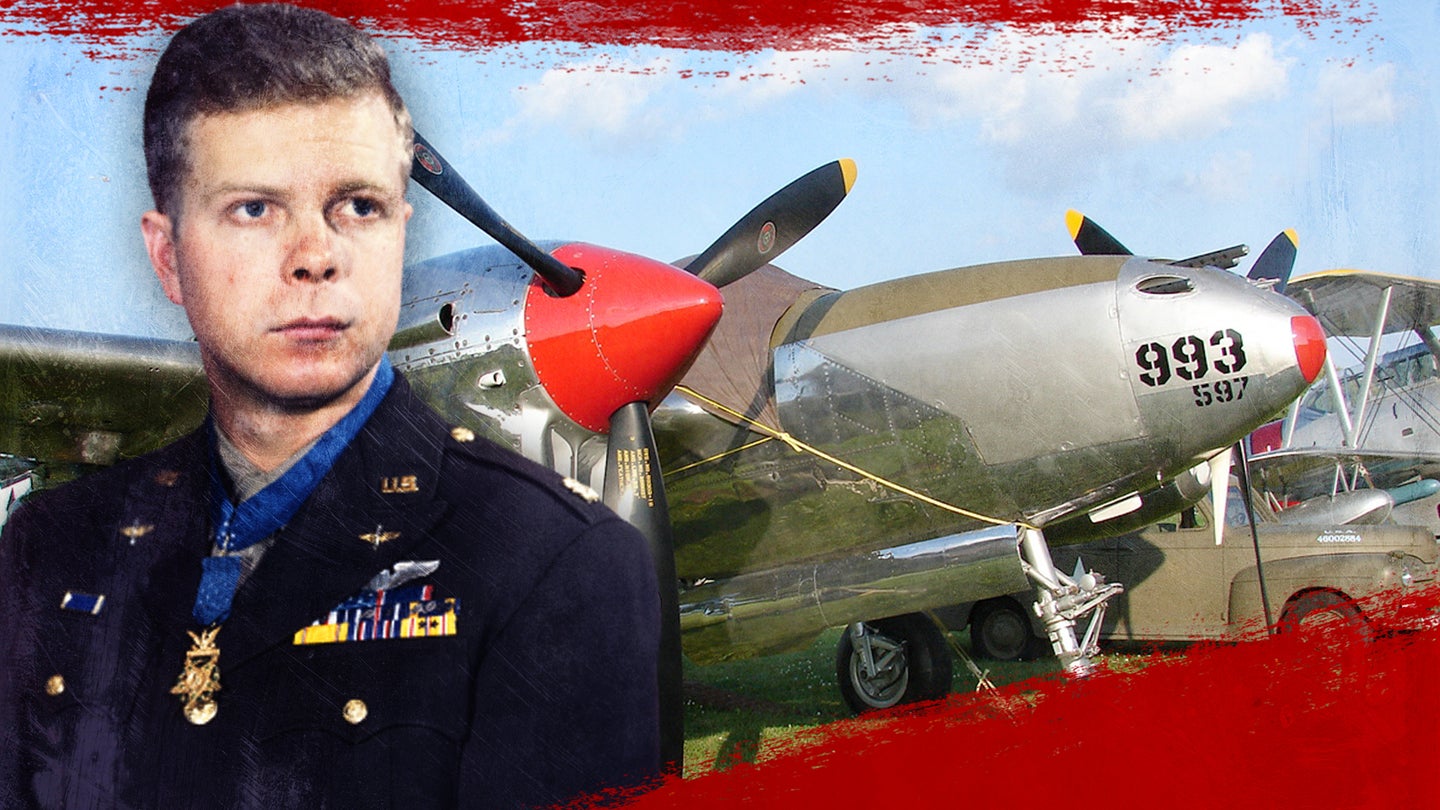 Names can be tough in the military, especially since it’s the only organization where your last name suddenly becomes your first. Seeing as nobody usually thinks about that when naming their kid, it can lead to some interesting situations.

Unconventional spelling of your last name? Be prepared for some staff noncommissioned officer who thinks he’s so funny with a half-assed wisecrack about how your parents probably never ‘gradumadated’ elementary school. (It’s okay, don’t sweat it, he’s an asshole and knows deep down that people are inwardly counting out the seconds until he leaves the office to drown his sorrows and eat his fill at the local combination strip club all-you-can-eat buffet. Alone.)

Is your last name funny or amusing, especially when there’s rank in front of it like Maj. Winner, Capt. America, or Sgt. Major? Jokes. There will be jokes, and probably some awkward conversations plucked straight out of Joseph Heller’s classic World War II satire Catch-22.

Even so, there’s a pretty good chance that Maj. Richard ‘Dick’ Bong has all of them beat.

It’s hard to imagine going through boot camp today, or showing up to your first unit with a name like “Dick Bong.” Fortunately, for Mr. Bong, or “Bing Bong” to his friends — yes, that was his nickname — it’s unlikely that he was mocked too much by his peers at the time.

Though ‘Dick’ has long been a nickname for Richard, over time the word slowly but surely began to take on new phallic meaning, perhaps in reference to riding whips being called ‘dicks’ in Victorian-era England. It wasn’t until the presidency of Richard ‘Tricky Dick’ Nixon that the most common use of ‘Dick’ went from being a name, to being ‘a dick.’ At least that’s an abbreviated account of what I remember from Nicolas Cage’s History of Swear Words on Netflix. (On a side note, that is a totally worthwhile series.)

Seeing as Bong served in the pre-Nixon era, back when the latter was a logistics officer and before stoner culture became mainstream, which made that piece of pot-smoking paraphernalia a household name, it’s unlikely that anybody batted an eye at the name ‘Dick Bong.’

But even if they did, they probably would have held their tongue. One, because making fun of someone’s name is incredibly childish, and two, because Dick Bong was an unquestionable badass who became one of the country’s most renowned fighter pilots, earned the Medal of Honor, and shot down 40 planes over more than 200 missions.

Bong was born in Superior, Wisconsin on Sept 24, 1920. The eldest of nine children, he was raised on a small farm in nearby Poplar and in 1928 fell in love with aviation after a low passing plane buzzed the family home. “I knew then I wanted to be a pilot,” Bong said.

On May 29, 1941, Bong joined the Army Air Corps, enrolling in the Aviation Cadet Program. He was a natural from the start, recalled Capt. Barry Goldwater, who instructed Bong during advanced single-engine pilot training at Luke Field near Phoenix, Arizona. “I taught him fighter gunnery,” Goldwater said. “He was a very bright student. But the most important thing came from a P-38 check pilot who said Bong was the finest natural pilot he ever met. The pilot recalled that he could never prevent Bong from getting on his tail, even though Bong flew an AT-6, a very slow airplane.”

Bong’s natural affinity fueled his confidence, though some of his commanders might have argued he was overconfident, or even cocky. In fact, as a cadet stationed in Northern California, Bong once famously flew a P-38 Lockheed Lightning over Market Street in San Francisco, waving gleefully to curious, confused, and quite likely shocked, shop workers and civilians. That’s to say nothing of allegedly doing loops around, over, and under the Golden Gate Bridge.

For his aerial hijinx, Bong was ordered to see the commander of the Fourth Air Force, Gen. George Kenney. It could have marked an early end to Bong’s career. But instead, Kenney subjected the cadet to some creative punishment that would get the message across without dashing his dreams or costing the war effort a promising pilot. Bong was ordered to visit a woman’s home and fold her laundry. Why? Well, while he was taking his P-38 out on a joy ride — err, training mission — he’d knocked her clothes off the line in the backyard due to his “low-flying antics” and they’d landed in the mud.

Even so, Bong’s flying made an impression.

“It was his life, his ambition. I would bet anything that he was an expert in a P-38 and that he wanted to be still better. We needed kids like this lad,” Kenney later wrote of Bong.

Kenney ordered Bong to Australia, where he was destined for the Pacific Campaign, and for war.

His stunts at home may have made Bong stand out, but it was his skill under fire that made him a legend. Just months after joining the Pacific Campaign of World War II, Bong scored his fifth confirmed air-to-air kill, making him a fighter ace in January 1943.

By April of 1944, he’d shot down 27 enemy planes, surpassing World War I ace Eddie Rickenbacker, who had 26 kills.

And in the fall of 1944, Bong repeatedly took to the skies over the Pacific for combat duty, at his own insistence. He didn’t have to be in the air, not every time, but he was. Despite being assigned as a gunnery instructor, for more than a month, Bong flew a series of dangerous sorties over Balikpapan, Borneo, and in the Leyte area of the Philippines.

Due to his aggressiveness and daring, Bong shot down eight enemy airplanes during this time, for which he was awarded the Medal of Honor on Dec. 12, 1944. It’s worth noting that Bong was put up for the award by Gen. Kenney, the same officer who’d ripped into him years ago for his devil-may-care escapades during training, but who, even then, had seen something in the young pilot.

Of the award ceremony, Kenney recalled Bong “shaking like a leaf,” writing later that “in a sky full of [Japanese] airplanes all shooting in his direction Dick would be as cool as a cucumber, but there in front of everybody, with [Gen. Douglas] MacArthur ready to decorate him, Bong was terrified.”

By April 1944, Bong had 40 confirmed kills to his name over two years and more than 200 missions, earning him the unofficial title of ‘America’s Ace of Aces.’ Which has a great ring to it, though it’s a close second to the one carried by his wife, Marjorie, who Bong jokingly referred to as “the most shot-after girl in the South Pacific.”

The reason: In a public proclamation of his love for her, Bong had plastered her picture on the nose of his P-38, which he called ‘Marge,’ making her nearly as famous in the Pacific as he was.

Afterward, Bong was rotated off of combat duty in the Pacific and reassigned to Wright-Patterson Air Base in Ohio, where his life was cut tragically short. On Aug. 6, 1945, Bong was killed during a test flight of the Lockheed P-80 jet fighter, the same day the Enola Gay dropped the atomic bomb over Hiroshima, Japan.

Though Bong did not live to see the end of that war, his courage, dogged determination, and peerless skill helped ensure its outcome.

It’s with that that we salute Maj. Richard ‘Dick’ Bong.