They served together every day in Iraq for 15 months. 14 years later, the doorbell rang

“Don’t wait to reach out and let people know what they mean to you.” 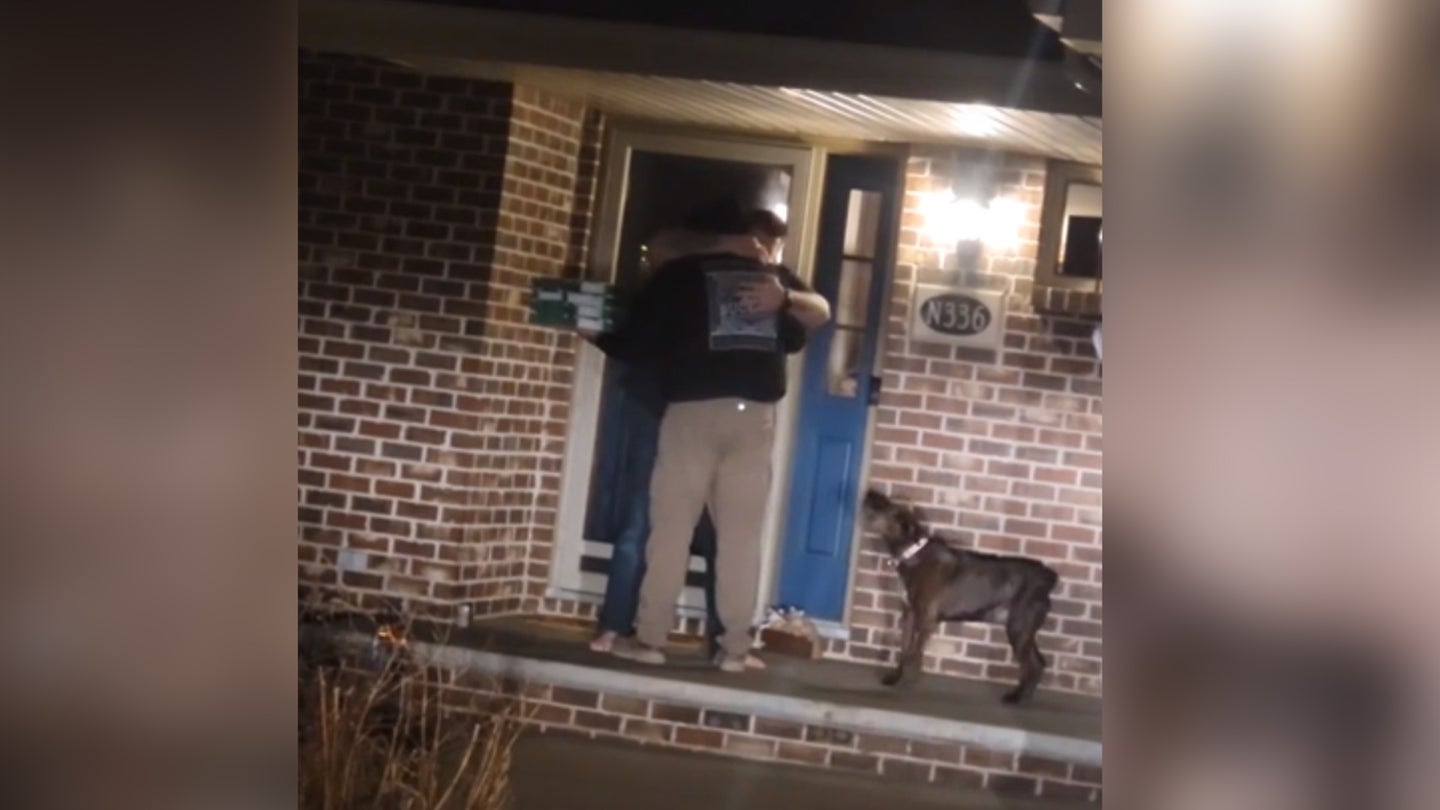 They spent every day together serving as soldiers deployed to Iraq. On Dec. 18, Adam Strick and Mike Fligg saw each other in person for the first time in 14 years.
SHARE

When Adam Strick went to answer the door on Saturday night, he wasn’t sure what to expect. He’d had a sneaking suspicion that his wife wanted to surprise him, but he certainly couldn’t have pictured his old friend, Mike Fligg, standing on his porch. Strick and Fligg had deployed together in Iraq for 15 months, gunner and driver in the same Humvee, but they had not seen each other in 14 years.

“It was almost surreal, at first,” Strick told Task & Purpose. “When I opened the door, it didn’t even register at first who I was looking at, and when it finally clicked … words cannot describe the feeling.”

The moment the two reunited was captured on video, which quickly became a hit online, demonstrating the importance of making sure that no goodbyes remain permanent.

Strick now lives around Green Bay, Wisconsin, and Fligg normally calls southern Louisiana home. They had exchanged occasional messages, but with distance and two hectic schedules, they had never made any concrete plans to meet again. When work brought Fligg to Illinois, he thought he might be close enough.

“I thought if I didn’t make it happen then, who knows when I’d get the chance,” said Fligg.

He reached out to Strick’s wife on social media, and they arranged the surprise visit. For Fligg, it was nerve wracking walking up to the door, not knowing exactly what he would see after so many years apart.

“Prior to this reunion I was more or less convinced that I would likely not see Mike again, as life has a way of sweeping people along with it in ways we don’t always anticipate,” wrote Strick. “After 14 years apart, I truly felt relief in my soul to see him again.”

Once the door opened and they saw each other, though, the bond was instantly reawakened. After taking a few shocked steps back, Strick returned to the porch to embrace his old friend, tail-wagging dog in tow.

“I instantly knew that was my gunner, my battle buddy,” said Fligg. “We’re 14 years older, but his spirit hasn’t changed at all. We picked up right where we left off.”

Fligg and Strick served together in the 57th Military Police Company, based out of Schofield Barracks in Hawaii. They bonded as gym partners, building their strength as friends. From June 2006 to September 2007, they were patrolling through Baghdad.

“It was a gnarly time,” said Fligg. “And I’d be driving thinking about how exposed he was in the turret. It was always an inspiration.”

As Strick wrote, “Going through thick and thin with your brothers-in-arms that have all sworn to give their lives just as you have, are all facing the same dangers on a daily basis…Mike is my brother even if he isn’t blood.”

After the initial shock of the surprise visit wore off, the two did what any old Army buddies would  — head to the bar.

Watching the homecoming, viewers and commenters offered reminiscences of their own buddies, lamented too many days gone by since reaching out to a friend and vowed to get back in contact with someone with whom they had fallen out of touch with.

“The best part about all of this is seeing others in the online community sharing their stories, and coming together to remember their brothers and sisters that returned, and more importantly those that did not,” wrote Strick. “It is my sincere hope that anyone who hears about this story and might feel the need to contact old friends from years past will take that step, take the initiative and reach out to them. You never know how much of an effect your intention can have on others.”

“We are in an hourglass every second,” Fligg said. “Don’t wait to reach out and let people know what they mean to you.”