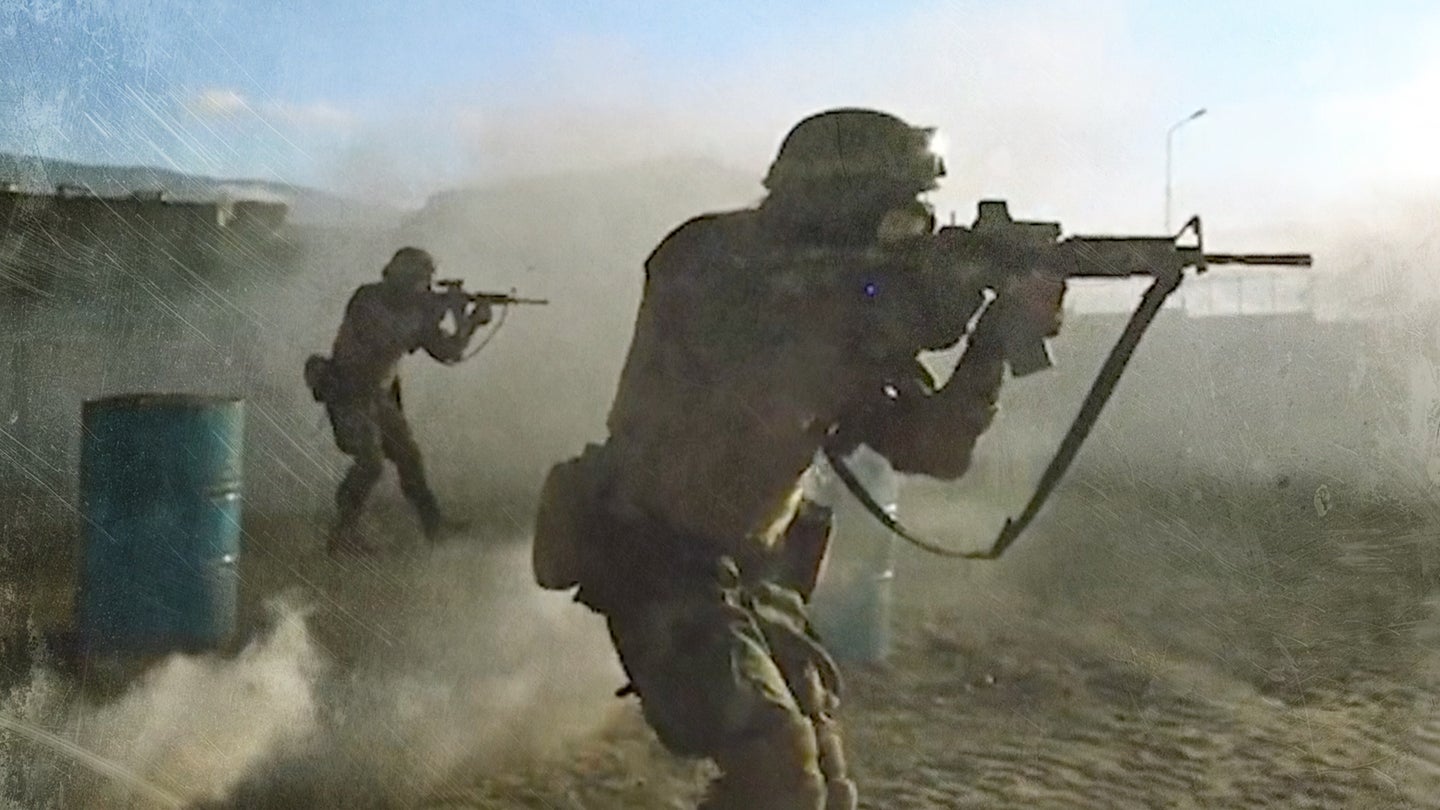 A recent Taliban propaganda video shows a duo of soldiers smoothly executing fire and movement drills, which suggests they may have had prior training, most likely from American or allied troops as part of the U.S. military's counterinsurgency campaign during the war. (Task & Purpose photo composite).
SHARE

For anyone wondering how the Taliban plans to fight, a recent propaganda video showing a pair of seemingly well-trained fighters provides some clues.

Posted last week by the Bakhtar News Agency, the official state news agency of Afghanistan, the video offers a look at how the military forces of the Islamic Emirate of Afghanistan, the official name for the re-established Taliban regime, are training — or at the very least, how they want their training to be perceived. The video also suggests that among the arms and equipment seized by the Taliban during their takeover of Afghanistan, they may be benefiting from 20 years of coalition efforts to train the Afghan National Army and other security forces.

“I’d say they undoubtedly had prior training from U.S. forces,” said Benjamin Bunn, a former Green Beret who served from 2000 to 2016 and deployed to Iraq, Afghanistan and the Baltic Region.

The video shows at least two soldiers, outfitted with jury-rigged uniforms and kits, on an assault course of sorts, bounding between various fighting positions, including Jersey barriers, sandbags and stacks of tires.

“The way he is using cover and concealment, not exposing himself, moving deliberately to each position, smoothly changing magazines, the most likely scenario is that he has had legitimate training,” said Zachary Bell, a former Marine infantryman who deployed twice to Afghanistan.

According to the Bakhtar News Agency, the soldiers in the video are from the Sixth Border Brigade of the Al-Fatha Army Corps. The exact location of the training camp the video was filmed at is unclear, although several armored vehicles can be seen in the background.

At one point the two soldiers quickly transition from rifles to pistols.

While their appearance doesn’t “beget someone with a ton of exposure to special operations forces,” according to Bunn, “a transition drill, going from a primary to a secondary weapon, that’s not something that would be taught to regular folks.”

One soldier is also seen shooting from behind a wooden mockup with different firing positions, similar to current Army marksmanship training. Later, another soldier uses a similar setup to cycle through firing from standing, kneeling and prone positions.

The video also shows the Afghan soldiers operating as a duo, stacking up and advancing behind plastic shields, shooting over each other’s shoulders while moving towards a target and alternating fire while bounding from position to position.

Of course, after 20 years Bunn noted that “most Afghan males between the ages of 18 and 45 have had some exposure to U.S. training, and had family that has fought for and against coalition forces, likely both.” Training Afghan National Security Forces was a cornerstone of the U.S. military’s counterinsurgency operations in Afghanistan and often involved attaching small teams of Marines and soldiers to Afghan units to mentor and train soldiers and police.

Just as important as what’s in the video, is what’s not included.

“What gets complicated is when you bring in operating in and around vehicles, first aid,” said Bunn. “In a gunfight people will require first aid, and that downs three or four people. It requires more than just close quarters combat training.”

But while the setup may look a bit janky and haphazard now, there is no shortage of captured equipment, and seemingly coalition trained forces continuing to use it in service of Afghanistan’s new rulers.

Or, as Bell said, “I guess they’re really enjoying the fruits of our labors.”