“Elizabeth was determined to ‘do her bit’ for the war effort.” 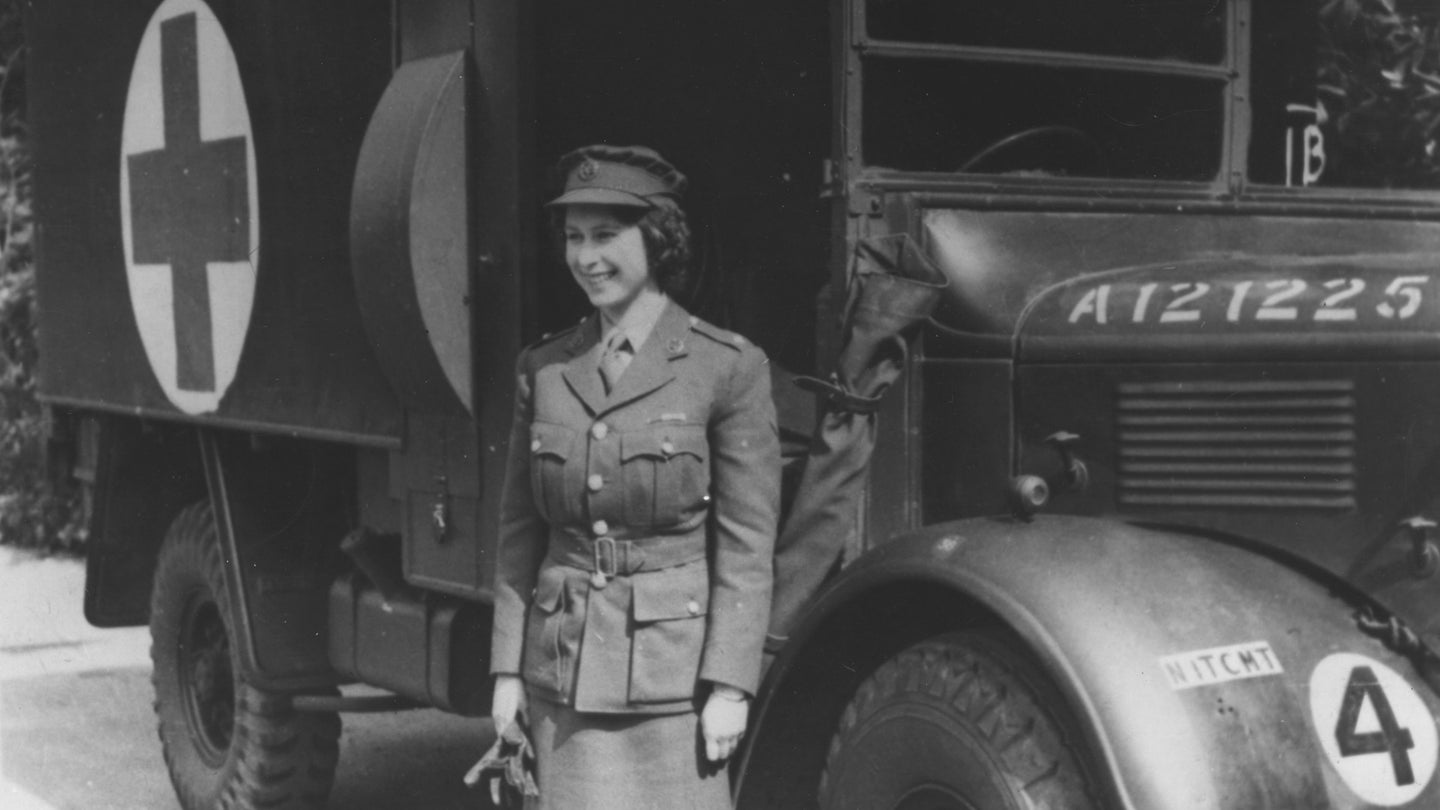 After 70 years on the throne, Queen Elizabeth II died on Thursday at the age of 96.

The Queen passed on Thursday while at her Scottish estate, Balmoral Castle. Her son Charles, 73, inherited the throne upon her death after spending decades as her heir.

Queen Elizabeth was born in 1926, less than 10 years after the end of World War I. On her 21st birthday in Cape Town, Elizabeth said in a radio broadcast that her whole life, “whether it be long or short, shall be devoted to your service and the service of our great imperial family.” And long it was — she was the longest-reigning British monarch in history, having broken the record of her great-great-grandmother Queen Victoria, who had served 63 years, in 2015.

And while much has happened during the 70 years of her reign, one of her accomplishments happened before she ever wore the crown: Elizabeth was the first woman in the Royal Family to serve as an active duty member of the British Armed Forces, according to the National WWII Museum in New Orleans, Louisiana.

At sixteen years old, then-Princess Elizabeth had been given the role of “honorary colonel of the Grenadier Guards,” according to the museum. But after turning 18 in 1944, she “insisted upon joining the Auxiliary Territorial Service (ATS).”

In a video from the Imperial War Museum, curator Kate Clements said that Elizabeth joined the military against the wishes of her father, King George. The King ensured that Elizabeth “was not given a special rank in the Army,” the National WWII Museum says. Elizabeth ultimately  “trained as a driver and mechanic with the rank of Second Subaltern,” and was promoted five months later to Junior Commander.

The media was enamored with her; Clements says in the video there was “great press interest in seeing the young heir to the throne during her military training,” with photographers snapping shots of her in overalls and working on vehicles. She was dubbed “Princess Auto Mechanic,” and called as much in an Associated Press headline in April 1945.

“Elizabeth was determined to ‘do her bit’ for the war effort, as so many of her peers were,” Clements says in the video.

On Victory in Europe day in May 1945, Elizabeth — wearing her ATS uniform — and her sister, Princess Margaret, “slipped into the crowds” on the streets of London to celebrate alongside them. According to the National WWII Museum, she later said that the two “were terrified of being recognized,” so she pulled her uniform cap “well down over my eyes.”

“I think it was one of the most memorable nights of my life,” she said.

As queen, Elizabeth was the colonel-in-chief of the British Army regiments and corps, according to the museum; she was also the last living head of state to have served during World War II.

But throughout the years, it doesn’t appear she strayed from her military roots. Even in her 90s, the museum says, Queen Elizabeth was known “to diagnose and repair faulty engines just as she was taught to do during her wartime service in the ATS.”