A would-be thief made a huge mistake on Aug. 2 when he tried (and failed) to steal a woman’s purse... 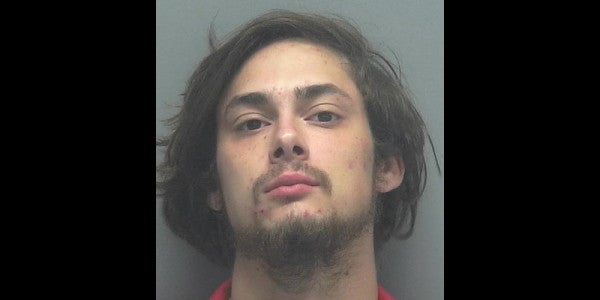 A would-be thief made a huge mistake on Aug. 2 when he tried (and failed) to steal a woman’s purse outside of a supermarket in Cape Coral, Florida. His mistake? Like many — and we mean many, manywould-be thieves — he didn’t count on a few Marine veterans standing nearby.

When 24-year-old Marshall Barker, attempted to snatch a woman’s purse from a shopping cart at a local Publix grocery store, she initially held her own, “grabb Barker and her purse, trying to wrestle it back from him,” local law enforcement told the Cape Coral Daily Breeze.

After botching the theft, Barker attempted to flee — but two former Marines who witnessed the scuffle unfold stepped in.

One of the ex-Marines, Zach Bucher, who had dropped by the grocery store to pick up a bite to eat, and another former Marine, took off in pursuit. The two veterans caught up with Barker at a nearby convenience storeand took him down.

“I mean I went up there just for a few seconds to grab some sushi,” Zach Bucher, who lives nearby, told a local Fox News affiliate. “We ran him down and took him down over by the Circle K.”

Bucher and the other man — who wasn’t identified by name, but was cited by multiple sources as a former Marine — kept an eye on Barker until police arrived.

“He was yelling that he didn't do it and I was like 'yeah right, why are you running',” Bucher told Fox News.

Barker, who has been arrested at least six times since 2011, according to New Press, was arrested after the Marines subdued him, and charged with robbery by “sudden snatching,” a felony in the state.

He was then transported to Lee County Jail and his bail was set at $10,000, according to the Cape Coral Daily Breeze.

Though the Cape Coral Police Department encourages witnesses to leave law enforcement to them, Lt. Dana Coston told Fox she was encouraged by the actions of the two former Marines

“It was great to see that we had some citizens that were willing to step in and help this young lady,” she said.