The 6 Words That Perfectly Describe Advise-And-Assist Missions, Per The Army

“Bring a knife and some dip.” That’s the one message that a dozen soldiers with U.S. Army Africa had a... 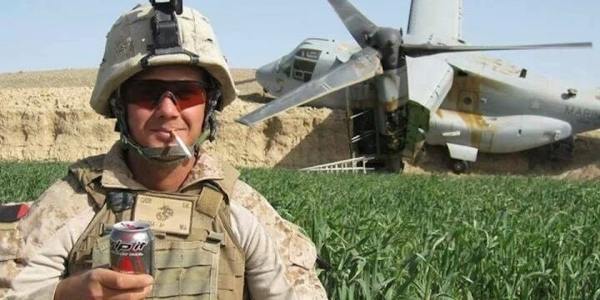 “Bring a knife and some dip.”

That’s the one message that a dozen soldiers with U.S. Army Africa had a month into their train and advise mission with the Nigerian Armed Forces at an isolated base north of the country’s capital of Abuja.

The Army is boosting intelligence, surveillance, and reconnaissance missions across the Lake Chad Basin region in the aftermath of the Oct. 4 ambush in Niger that left four Army Special Forces personnel dead. Ironically, the Army’s own press shop isn’t shy about warning troops to brace themselves: joint military confabs like the Nigeria missions “[Aren’t] home to the creature comforts found in Middle Eastern forward operating bases.”

No Burger King. No Pizza Hut. No air-conditioning or internet. No running water. However, there are plenty of buckets.

“We walk over to this big pump and get our own water to flush our toilets since water happens intermittently,” explained Capt. Aaron Harris. “It's not always a fixed system or anything like that.”

“We have bed space, plenty of places to sleep,” Harris said matter-of-factly. “The food's great; we hired a local, a spouse of one of the Nigerian army soldiers. She cooks for us, provides us water. We have water, hot meals, beds, and mosquito nets. What more can you ask for?”

'What more can you ask for' was the last expression you'd expect to hear from any Soldier carrying two five-gallon buckets of cold water to a cramped stall walled off with thin vinyl. But if you want to shower, you fill your buckets. The process is simple. You pour one bucket on yourself, apply soap, and use the second bucket to rinse.

Oh no, the horror in breaking the bonds of Western shitting habits! At least the Army PAO team put the most important information up top:

Joking aside, good on the Army for tossing up some real talk about what soldiers can expect amid what will almost certainly be a steady increase in counterterror operations across the African continent. U.S. Army Africa announced in October 2017 that it planned on focusing 80% of its counterterror training missions in Nigeria, Niger, Chad and Cameroon in the coming years, and the Army explicitly invoked Chief of Staff Gen. Mark A. Milley’s warning from the same period of the frugal, sober nature of future combat operations abroad.

“Water, chow, ammo, fuel, maintenance and medical support will be all that we should plan for,” Milley said at the Association of the U.S. Army’s annual conference in October 2017. “Being surrounded will become the norm, the routine, the life of a unit in combat … In short, learning to be comfortable with being seriously miserable every single minute of every single day will have to become a way of life for an Army on the battlefield that I see coming.”