"The more you talk, the more confused everyone gets." 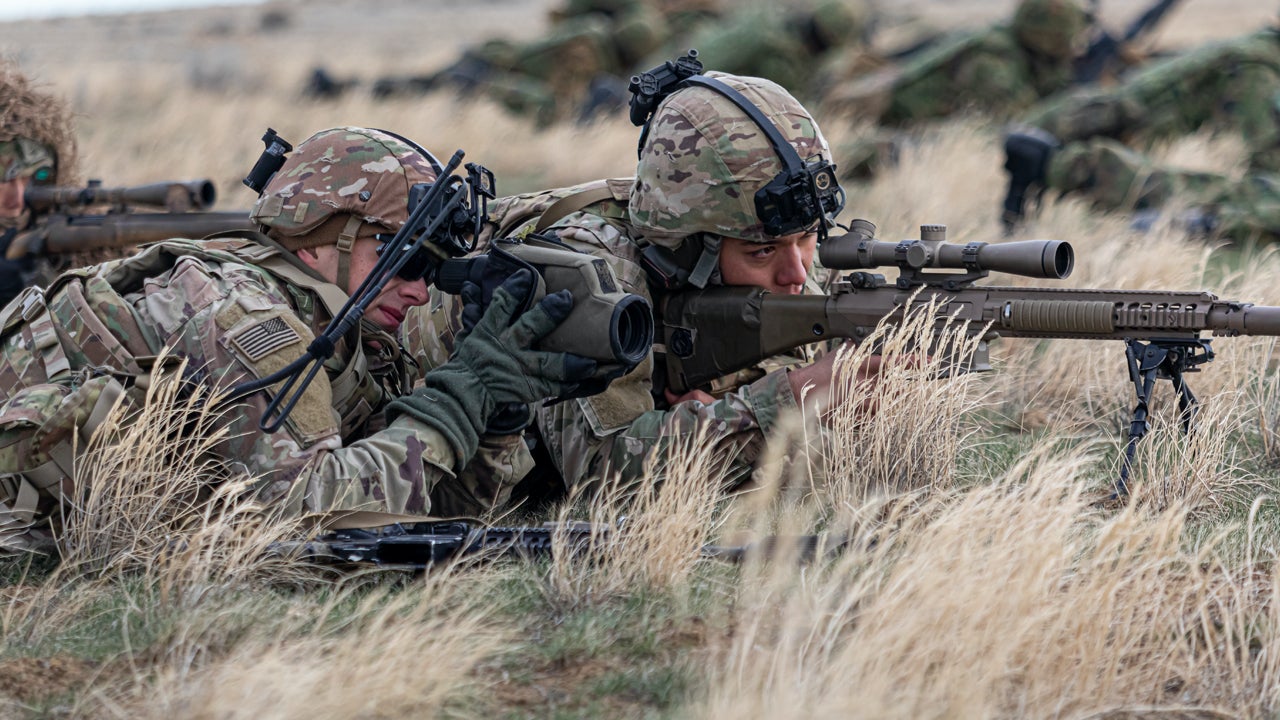 It turns out the secret to being one of the best snipers in the world is pretty simple: communication.

The sniper teams who competed at the International Sniper Competition at Fort Benning, Georgia, last month, are the best of the best. Coming from around the world and throughout the U.S. military, they put their mental and physical skills to the test over a three-day period. But only one team would be crowned the winner: three soldiers from the 2nd Special Warfare Training Group (Airborne) at Fort Bragg, North Carolina, which included Sgt. 1st Glass Greytak, Sgt. 1st Class Farson, and Staff Sgt. Underkofler, whose names were provided on the condition only their ranks and last names be used. The 2nd SWTG trains soldiers going through the Army John F. Kennedy Special Warfare Center and School at Fort Bragg.

The team’s success wasn’t just due to hitting the most targets, though that was certainly part of it. Underkofler told Task & Purpose after the closing ceremony that under less-stressful conditions, any of the other shooters in the competition could have hit just as many targets as they had. The difference was that with over 20 cumulative deployments between them, they’ve had more than enough practice working under pressure and knowing how to communicate as effectively as possible.

“The stressor of the tiredness, the 60 continuous hours of minimal sleep, and the three of us have been benefited from previous experiences both in combat and on this side here, able to work together, flow, and if you watch the stages we did well on, the communication was pertinent and quick,” Underkofler said.

Indeed, they cut down on anything unnecessary, using as few words as possible to get the point across. They “never stopped moving,” Underkofler said, refusing to let themselves get bogged down on any one target for too long.

All of the events throughout the competition put their communication to the test, but one event that Tuesday was particularly difficult. During the event, the team leader was facing away from the range with a sheet of paper showing where their targets were. As his back was turned to the range, he had to talk the two snipers onto their targets.

It was a perfect example of using as simple communication as possible to not confuse each other. Underkofler recalled a training scenario with their students at Fort Bragg that was similar, in which one student had to help their teammate find a target 25 meters out. The teammate looking at the target told the shooter that it was “next to the rhombus,” referring to a parallelogram with four equal sides.

“The kid on the gun goes, ‘The what?’ And he’s like, ‘Right next to the rhombus!’ He goes, ‘I don’t know what a rhombus is,’” Underkofler recalled. They never got the target because they were too stuck on defining what a rhombus was in the moment, he said, instead of finding an easier way to explain it. To avoid things like that, the soldiers said they tell their students to speak as directly as possible — as if they’re speaking to their grandmother.

“If you can’t talk to your grandmother in 15 seconds to a target, you need to figure it out and use different words,” Underkofler said. “Because if she has no idea and you can walk her on, then you can take combat experienced guys like them and be like, ‘Hey you have a target at this location, at this position,’ and they’ll be able to find it very quickly.”

“The more you talk,” Farson added, “the more confused everyone gets.”

The way they train also plays a big role in their ability to remain calm under pressure. They are constantly pushing themselves to be uncomfortable, Greytak said, and setting timelines that are “extremely difficult.”

If they’re training a particular skill and they do it well, cut the time in which they’re making themselves do it in half, or add another element — add more movement, add another communication piece, add anything that will make it harder and then train on that until it gets easier as well.

And, of course, always have a plan going into a situation. Underkofler pointed to another event on Tuesday that had competitors evacuating a “wounded casualty” from a Humvee while engaging targets as they were on the move. It was the most fun event of the competition, he said — never mind the mud and downpour of rain — because it’s something “we do all the time.”

“We love to run and gun and move to casualties and move that kind of stuff, that’s why we all signed up to do this,” he said.

“Everyone had a job,” Farson added. “Everyone got to do something, we had a game plan going into it and of course, the perfect plan always falls apart once everything starts. But the fact that these two guys had experience and knew what was going on, we knew what needed to be done, how to accomplish it … and it happened.