British submariners left a US Navy port in search of booze. They came back with COVID-19

Do you want a safety brief? Because in the age of the novel coronavirus (COVID-19) pandemic, this is absolutely how you get a safety brief — and COVID-19, for that matter 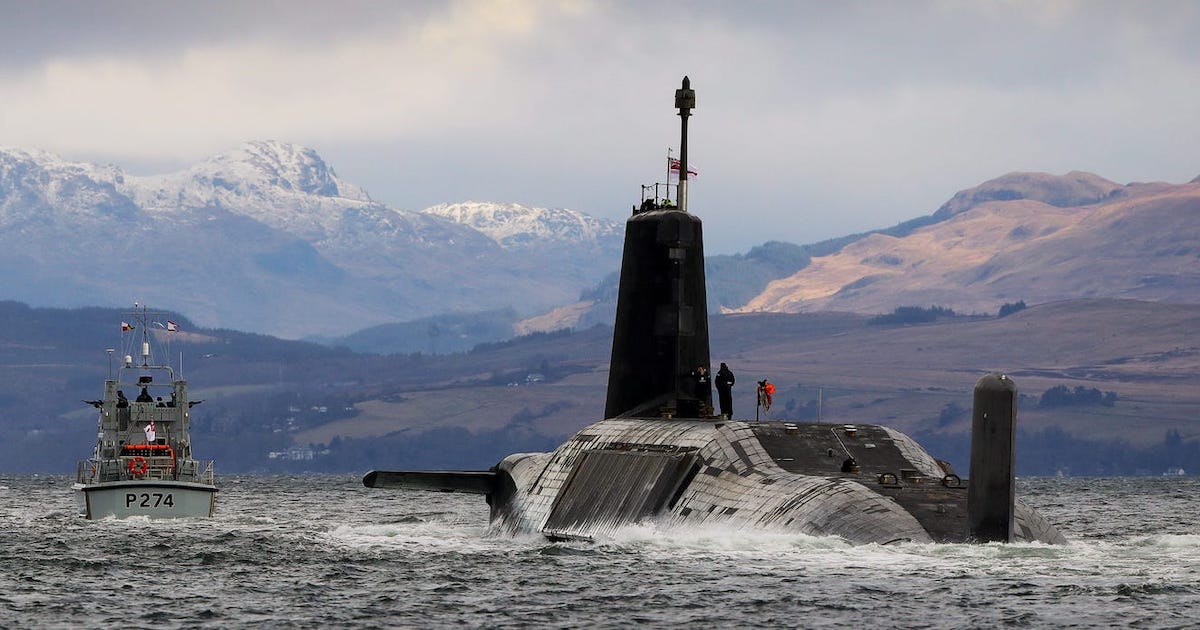 Do you want a safety brief? Because in the age of the novel coronavirus (COVID-19) pandemic, this is absolutely how you get a safety brief — and COVID-19, for that matter.

More than 30 British sailors assigned to the Royal Navy ballistic missile submarine HMS Vigilant — nicknamed the ‘HMS Sex and Cocaine’ by British tabloids for the crew’s hijinks in recent years — have reportedly tested positive for COVID-19 after breaking quarantine at a U.S. Navy base in Georgia in search of a good time.

A U.S. official confirmed to USNI News that the crew of the sub “had violated isolation rules put in place to prevent outbreaks on the sensitive class of submarines” during a port visit at Naval Submarine Base Kings Bay in Georgia.

The Royal Navy, however, isn’t talking: “The Royal Navy does not comment on matters related to submarine operations,” a spokesman for the U.K. Ministry of Defense told USNI News. The MoD did not immediately respond to a request for comment from Task & Purpose.

Some of the British sailors traveled from Georgia as far south as Cocoa Beach, Florida — some 200 miles away — to visit “bars, restaurants and strip clubs” in both states, according to British media reports.

“Chiefs had insisted overnight leave was to be denied during maintenance work on the Trident 2 weapons,” the Sun reported, noting that both the ship’s chief medical officer and the executive officer had tested positive for the virus.

Both Georgia and Florida entered full phases of reopening in late April and early May after shutting down businesses during the initial U.S. COVID-19 outbreak in March, according to the New York Times, although both states saw resurgences in positive cases over the summer.

This isn’t the first time that unruly British sailors have caused a ruckus in America’s southern states: the COVID-19 outbreak comes just over two years after sailors from the aircraft carrier HMS Queen Elizabeth stormed the beaches of Jacksonville in Florida to get their drink on.

Luckily, local media reports this time around aren’t littered with reports of drunken sailors brawling with each other in the middle of the street.

That said, at least one base commander in the United States just set the precedent that breaking COVID-19-related isolation restrictions in a quest for booze is punishable under the Uniform Code of Military Justice.

Consider this your warning: you may be in search of a good time, but chances are, the only thing you’re coming back to base with is COVID-19. Or herpes. Also herpes.