CENTCOM Investigation: ‘Most Plausible’ Explanation For SDF Shooting A Marine In Syria Is That It Was Intentional

The U.S. Central Command investigation into the February shooting of Marine Sgt. Cameron Halkovich in Syria found based on witness... 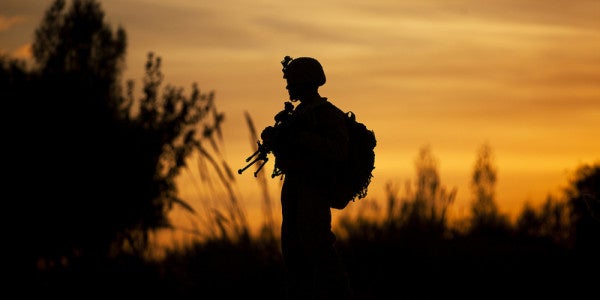 The U.S. Central Command investigation into the February shooting of Marine Sgt. Cameron Halkovich in Syria found based on witness testimony the “most plausible” explanation for the incident was an “intentional shooting” by a Syrian Democratic Forces guard, but it concluded that the true motive would likely never be known.

Halkovich, a combat engineer attached to 2nd Battalion, 7th Marines, was the sergeant of the guard at a remote Special Forces outpost in Syria. When checking on his security posts on Feb. 17, 2018 with Cpl. Kane Downey, his corporal of the guard, he was shot twice in the leg by a member of the Syrian Democratic Forces.

Ultimately, the investigating officer found the evidence “inconclusive” as to whether the shooting was an intentional act.

Downey shot and killed the SDF guard soon after Halkovich was wounded, the investigation said. According to briefing slides prepared for Operation Inherent Resolve, dated Mar. 11, 2018, leadership at the outpost attested to the guard's loyalty and claimed “a negligent discharge impacting the ground and richochets caused injuries” to Halkovich.

Sources familiar with the incident who spoke with Task & Purpose disputed this account, however, as did the investigation slides themselves, which stated that Halkovich's “wounds do not support this — Surgeon confirmed two entry/exit wounds from 7.62mm rounds consistent with direct impact.”

Downey testified to “hearing the shots, observing the Guard's weapon aimed at [Halkovich], and fired on the Guard when the Guard swept his weapon towards himself,” the slides said.

“As [Halkovich] turned to walk towards the MRAP, he was shot twice from behind by the [SDF] guard in the lower left leg above the knee,” the report on the investigation states. “Upon hearing the shots, [Downey] turned to see the [SDF] Guard's weapon aimed at [Halkovich] before sweeping his weapon towards [Downey].”

It continues: “Upon recognizing this, [Downey] immediately engaged the [SDF] Guard from approximately 15 feet striking him in the chest with a controlled pair of shots.”

According to sources and the investigation slides, Downey immediately kicked away the guard's weapon and gave life-saving first aid to Halkovich. He received the Joint Commendation Medal for his heroism. Halkovich later received the Purple Heart.

The investigation also looked into what it called “two unrelated interactions which are notable” prior to this incident, both previously reported by Task & Purpose. It mentioned an earlier incident involving a different SDF guard who had “chambered a round and approached a Marine on post” that was subsequently deescalated, and the Marines defying the SDF guards to allow a vehicle with wounded civilians into the camp for treatment.

“Initially the [SDF Guards] did not want the vehicle to proceed, but U.S. forces interjected and allowed the civilians to be treated at the ,” the investigation says.

Sources say Halkovich and Downey were the Marines involved in the second incident. When they approached the gate, SDF soldiers told the Marines a truck outside the gate was just having car trouble.

That was not true, however. Instead, the Marines saw a truck bed filled with about eight dead or wounded civilians. But they were told by SDF they could not be helped, a violation of the Geneva Conventions, which strictly prohibits withholding medical assistance or discriminating in providing care.

Sources who spoke with Task & Purpose believed this incident may have been the catalyst for the later shooting, which the investigation also acknowledges: “[Redacted] stated he believed the [SDF] might have taken issue with the event,” although, he added, “regarding the treatment of civilians, [Redacted] did not specifically describe this as a negative interaction between U.S. forces and [SDF] personnel.”

The investigating officer offered a number of recommendations in response: That no further investigation be conducted, that Downey be “commended for his heroic actions” in response to the shooting, and that an unnamed service member — likely the senior commander at the outpost — be “commended for his leadership” in de-escalating the situation. The investigator also recommended continued training and education on the rules of engagement as part of pre-deployment training and noted the need to “exercise vigilance against the potential for insider threats in all partnered force operations.”

“While it appears this was an isolated incident,” the report adds. “It doesn't change the realities of operating with partners in a complex and hostile environment. As the conflict progresses, tensions and patience will deteriorate, therefore it is important that the leadership continue to reiterate vigilance and potential for future incidents.”