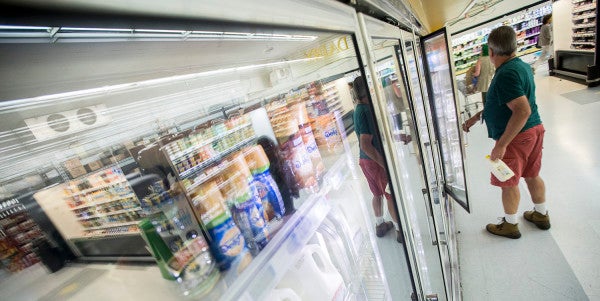 Shutting down all U.S. military commissaries is the only way for the system to operate without any cost to taxpayers, according to a new Defense Department report — a move officials say they don't want to do.

“We have concluded that budget neutrality could not be reached through store closures unless the commissary system is shut down completely,” states the report on cost savings at the Defense Commissary Agency.

The study was ordered by Congress last year and released this week.

“The Department determined that such changes would undermine the commissary benefit and reduce exchange system patronage, significantly diminishing resale benefits to service members, retirees, their families and the military services,” Peter Levin, acting undersecretary of defense for defense personnel and readiness, wrote in a letter to lawmakers submitted with the report.

“As a result, the Department has rejected these alternatives,” he wrote.

What the agency and the exchanges can do without impacting the military's Morale, Welfare and Recreation funds or customer service is reduce their reliance on federal funding by about $2 billion over five years, or about $300 million per year starting in 2019, the report states.

The could happen by raising the prices on some products while working with manufacturers to the lower the price of others — programs that are already in the works. But savings through those measures falls $1.5 billion short of the desired cut in 2019 alone, the report notes, and requires Congress to make permanent the price changes previously allowed as a test measure.

Lawmakers have sought for several years to eliminate the commissary system's reliance on $1.4 billion in annual funding from Congress.

Because goods at the commissary are currently, by law, sold at cost plus a 5% surcharge, there is no sales revenue in the system to cover operation costs. Income from the surcharge covers the cost of buildings and infrastructure maintenance, while the annual government funding pays for other overhead including employee salaries and the cost of shipping food and goods worldwide.

Lawmakers have proposed a variety of cost-slashing plans including eliminating the taxpayer subsidy, raising prices at commissaries to cover operation costs, combining the commissary and exchange systems, and privatizing commissaries through contracts with civilian grocers.

Of those options, the only semi-viable solution could be privatization, but research and past attempts — such as a 1983 pilot at Yuma Proving Ground, Arizona — showed that even that could fail and comes with a variety of major pitfalls, the report states.

“The conclusion generally reached by the past debates and studies was that privatization … was not an effective method of reducing the Department's budget for several reasons,” it states. “Nonetheless, the debate continues.”

For the new study, officials reached out to officials at 10 private companies to look at how privatization could work today. Of those, three agreed to a discussion through a set of standardized questions. Each company suggested a different form of privatization, officials wrote, including only privatizing stores near their existing locations and leasing the commissaries on bases.

As a result of their research, officials are conducting further outreach to the grocery industry through a request for information that could help further hash-out a privatization path, officials wrote in the report. That request closes July 15.