Congress may end up deciding this issue. 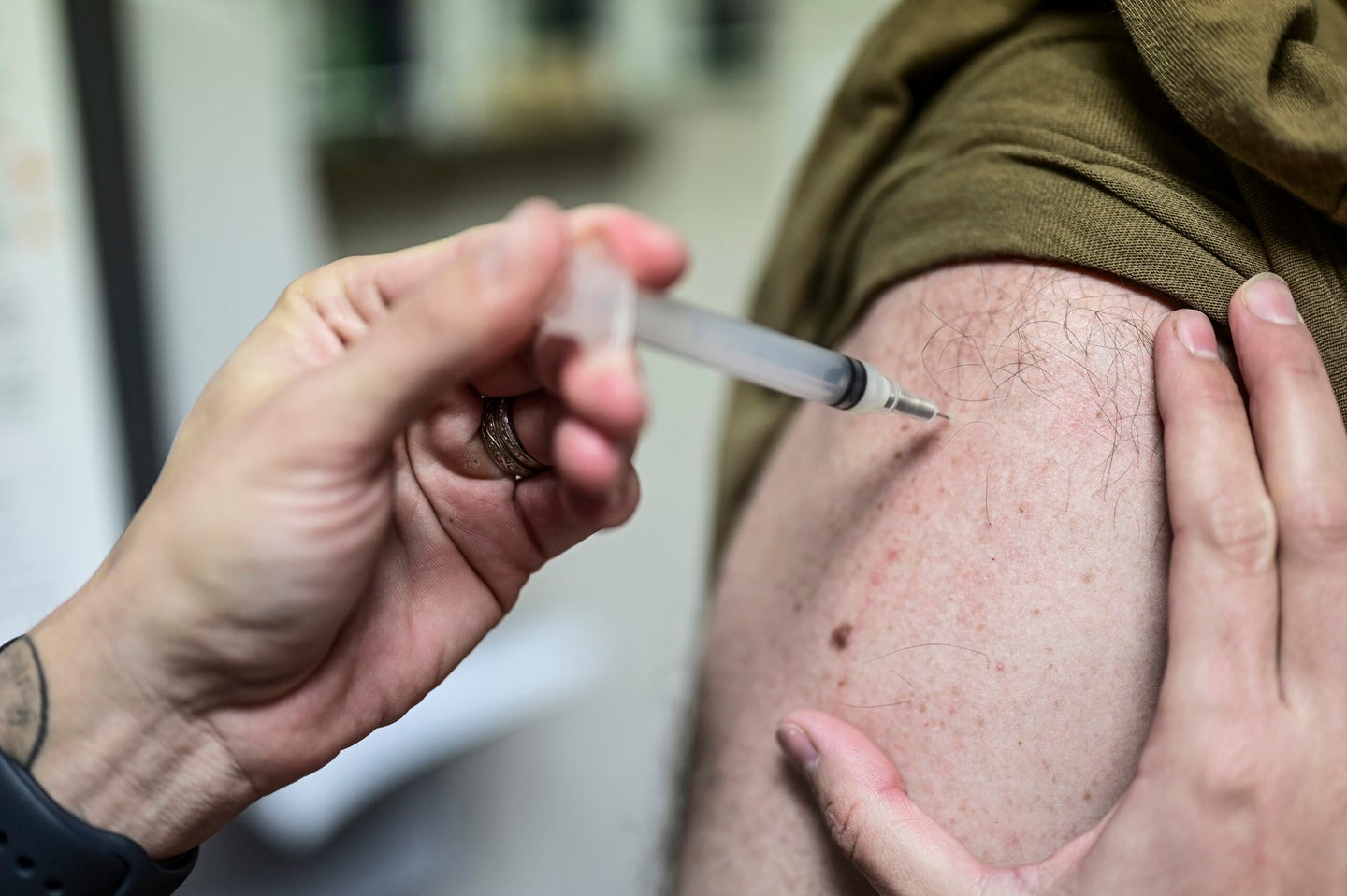 The Defense Department is backtracking on an earlier statement that appeared to open the possibility that the more than 8,400 U.S. service members who were separated for refusing to get vaccinated for the novel coronavirus (COVID-19) could receive back pay.

“Right now, we are not currently pursuing back pay for service members who were dismissed for refusing to take the COVID vaccination,” Air Force Brig. Gen. Patrick Ryder, a Pentagon spokesman, told reporters on Tuesday.

Ryder provided similar answers when he was asked if defense officials were conducting a review of whether troops separated for refusing to get vaccinated could receive back pay. He also declined to speculate about whether the Pentagon might revisit the back pay issue at some point in the future.

Ryder’s comments seem to contradict what another Defense Department spokesman said about this issue on Jan. 13.

“Regarding back pay, the Department is still exploring this and will provide its views on legislation of this nature at the appropriate time and through the appropriate process,” Army Maj. Charlie Dietz said in a statement to Task & Purpose.

It was not immediately clear if the Pentagon had shifted its position on the back pay issue since Dietz’s comments were first reported by Politico.

When asked on Tuesday about Dietz’s comments, Ryder did not explain why the Defense Department was no longer exploring the issue, nor did he say if the Pentagon’s position appears to have changed.

“Today, as a matter of policy, we’re not currently pursuing back pay to service members who refused to take the COVID vaccine,” Ryder said. “If and when there are any updates to provide, we’ll be sure to do that.”

The Pentagon declined to elaborate on Ryder’s comments on Tuesday.

In August 2021, Defense Secretary Lloyd Austin announced that all service members would be required to get vaccinated for COVID-19, but tens of thousands of service members objected to the mandatory vaccine policy on the grounds that it violated their religious or other personal beliefs.

In addition to the 8,400 service members who were separated for refusing to get vaccinated, an additional 8,945 soldiers, 10,800 airmen and guardians, 4,172 sailors, and 3,717 Marines unsuccessfully sought religious exemptions to the vaccine mandate.

After Congress repealed the Defense Department’s mandatory COVID-19 vaccine policy last month, Austin announced that service members would no longer be separated if they refused the vaccines on religious or medical grounds.

In his Jan. 10 memo, Austin also wrote that letters of reprimand and other adverse actions be removed from the personnel files of troops who were denied religious or medical exemptions from the vaccine.

However, the reprieve may not apply to some troops if there are complicating factors, said Greg Rinckey, a founding partner with the Tully Rinckey law firm. In some cases, troops were issued a letter of reprimand for refusing a COVID-19 vaccine and other actions, such as being disrespectful to their commanding officer, he explained.

The Defense Department is unable to upgrade the discharges of troops who were separated for refusing to get vaccinated, Austin wrote in his Jan. 10 memo. Instead, those service members can petition their respective branch’s discharge review boards or seek a correction to their military or naval records to have their discharge characterizations upgraded.

Many Republican lawmakers opposed the Defense Department’s vaccine mandate, arguing that it violated service members’ civil liberties. Now that the mandate is gone, lawmakers are arguing that it is time to give back pay to troops who were discharged for refusing COVID-19 vaccines.

Rep. Mike Waltz (R-Fla.) told Fox News on Tuesday that he plans on adding a provision to the next National Defense Authorization Act that would do precisely that.

“If the Pentagon does not provide back pay and restore full benefits for those who were discharged and request to be reinstated, we in Congress must act by adding language in the next NDAA to do so,” said Waltz, an Army National Guard colonel and Special Forces officer. “We have an obligation to these service members.”