How the Sgt. Maj. of the Army earned two Bronze Stars with Valor

"I'd give it back right now if I could get my soldiers back.” 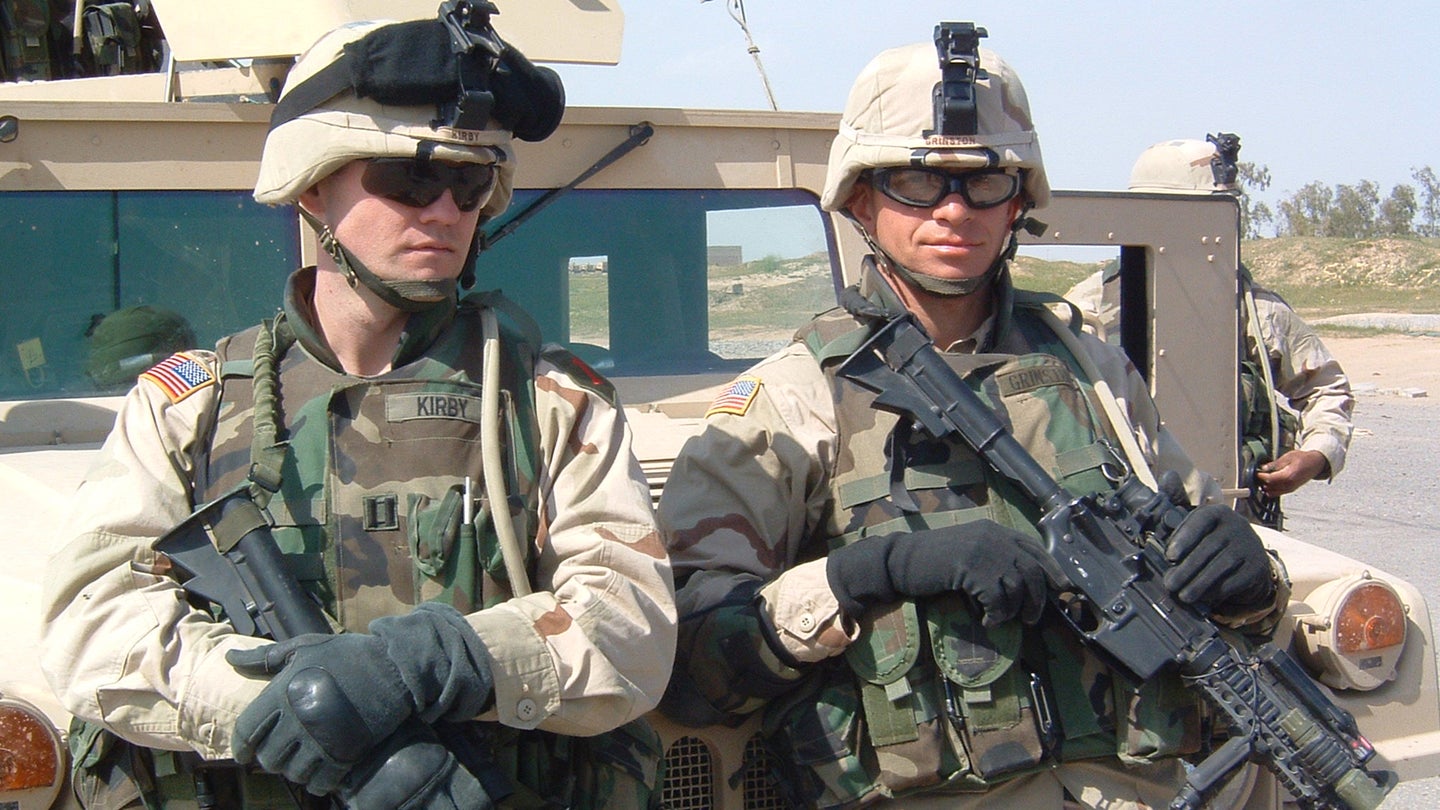 During his first deployment to Iraq in 2004, then-1st Sgt. Michael Grinston earned two Bronze Stars with “V” devices for valor.

Grinston, who is now the Sgt. Maj. of the Army, has received five Bronze Stars in total, two with “V” devices that signify valor in combat. He received those medals for actions on the same deployment, when he was in Iraq from 2004 to 2005 with Charlie Battery, 1st Battalion, 7th Field Artillery Regiment. In the years since, he has deployed two more times to Iraq, and twice to Afghanistan.

While he received two Bronze Stars with “V,” one of them stands out the most, which Grinston said he doesn’t typically talk about. In an interview with Task & Purpose, as part of a profile of Grinston and his Army service, he discussed it briefly. It’s a day that is still emotional for him and other members of the battalion to remember, as they lost three soldiers in a matter of minutes.

“I lost soldiers, and those soldiers were right next to me,” he said of that day. “I got a valorous award and I’d give it back right now if I could get my soldiers back.”

On April 9, 2004, Grinston and his company commander, Capt. Bill Kirby, were with Alpha Platoon at a local Iraqi police station in Baiji. The policemen told Grinston and Kirby that there was “some sort of insurgence presence” at the mayor’s office, according to Dave Alvarey, the leader of Alpha Platoon, about 10 blocks south of the police station. The commander of 1st Battalion, Lt. Col. Kyle McClelland, was already there, enduring enemy fire.

“They thought I was in trouble because we got mortared at the mayor’s office,” McClelland, who is now retired, told Task & Purpose. “So he was leading his unit to come save me … and they got ambushed.”

A squad of 12 soldiers, including Grinston and Alvarey, set out towards the mayor’s office, a trip that Alvarey remembers being “kind of eerily quiet.” With Grinston near the front of the group, they came upon a major road in the city — ”not where most people would want to be in daylight hours,” McClelland said — and got into position to cover each other as they ran across the street, one by one. Suddenly, Alvarey was enveloped by a cloud of smoke and dust.

The soldiers had been hit with a rocket propelled grenade.

The platoon sergeant and squad leader were killed instantly, and the platoon medic was seriously injured. One of the soldiers was blown apart in the blast. It was “very chaotic,” Alvarey said, but he recalled Grinston was “very calm” as soldiers began firing back at enemy fighters.

“With complete disregard for his own personal safety, [Grinston] ran directly into the path of an enemy vehicle engaging and killing two enemy personnel,” the Bronze Star with “V” citation says. “His heroic action permitted the safe evacuation of his platoon to include a seriously injured soldier.”

The firefight continued for about 15 and 30 minutes before another team of soldiers helped pull them out. As he got into one of the front Humvees with the seriously injured medic, who later died, Alvarey said he looked behind him at the last convoy, where he saw Grinston. He was “looking around” the ground, making sure “everything was taken care of.”

“Grinston stayed there until he got every piece of military equipment, every piece of a body put in a truck,” said McClelland, who recalled returning to base and seeing three body bags lying next to the aid station. He carefully tugged at the zipper and looked at each of the fallen soldiers — Staff Sgts. Raymond Jones and Toby Mallet, and Spc. Peter Enos. “I started crying,” he said.

“The one thing I remember is it was almost like seeing someone that worked in a butcher shop,” said Brendan Dignan, who was a lieutenant in Charlie Battery, recalled of Grinston. “His entire uniform was just full of blood. And so I think it goes to show that it was a tough place, but he was also in the middle of it, any time that there was a firefight or any sort of engagement.”

Grinston’s second Bronze Star with “V” was awarded as a result of his actions just months later, on July 2, 2004. Grinston was on a patrol mission surveilling a mosque, the citation says, when the patrol was “attacked with rocket propelled grenades, small arms, and sniper fire.” Over five hours, the soldiers were “engaged numerous times” by enemy forces.

All these years later, April 9 remains the day that “our unit remembers,” Dignan said. And it’s clear that it remains on Grinston’s mind as well: Just last week, Grinston posted a photo on Twitter visiting the graves of two of the soldiers killed that day.

“Wanted to start block leave by making sure these soldiers are never forgotten,” he said.