Americans used to trust the military more than the rest of the government, but now even that’s fading

Americans are increasingly viewing the military — as an institution — through the lens of partisan politics. 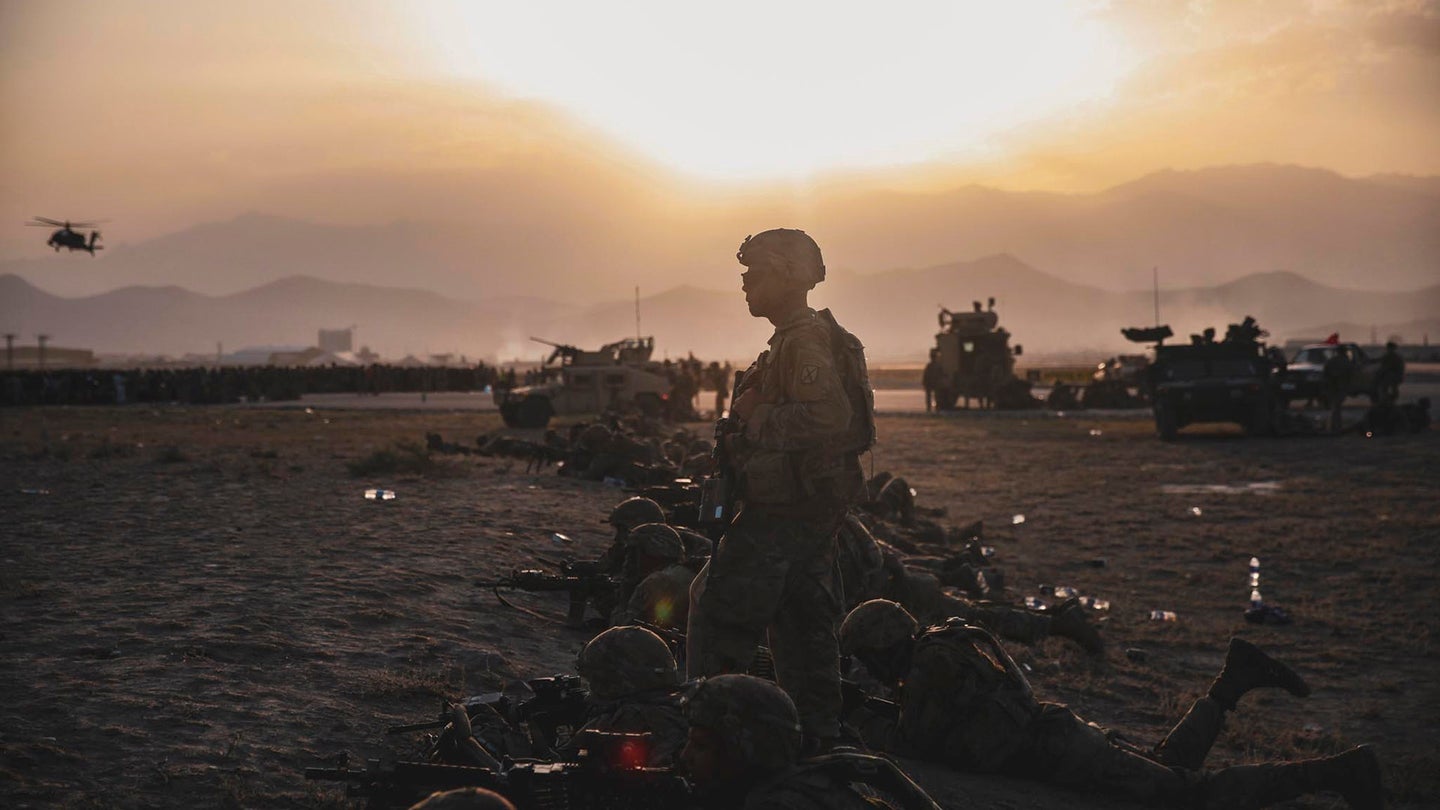 Americans are quickly losing trust and confidence in the U.S. military, according to the staggering results of a recent survey conducted by the Ronald Reagan Presidential Foundation and Institute.

The survey found that the number of Americans who said they have a lot of confidence and trust in the military has dropped from 70% to 45% in just the past three years, and that includes a steep 11 percentage point drop since February, a Reagan Institute news release says.

Roughly 2,500 people took part in the survey, which was conducted between Oct. 25 and Nov. 7. The precipitous drop in Americans’ confidence in the military comes amid debates about how to deal with extremism in the ranks, criticisms from lawmakers that the military is becoming too “woke,” fierce arguments about whether troops should be required to get vaccinated for the novel coronavirus (COVID-19), and the fall of Afghanistan.

However, it’s clear that the survey is not a sign that Americans are turning against the troops. Of those respondents who said they have a “great deal” of confidence in the military, 29% cited troops and enlisted service members as their reason why they felt that way and 15% said their confidence stems from the military’s ability to keep them safe, according to data provided by the Reagan Institute.

“Affection for the rank and file has been a hallmark of the AVF [all-volunteer force] ever since the Reagan years – think his ‘The Boys of Pointe du Hoc’ speech and the revival of interest in the ‘greatest generation,’” said Peter Feaver, a political science professor at Duke University in North Carolina. “This survey shows that that still persists.”

It is more likely that the survey results indicate that Americans are increasingly viewing the military — as an institution — through the lens of partisan politics.

Among the people who indicated they have a low degree of confidence in the U.S. military, 13% cited “political leadership” as a reason; 9% said “scandals/sexual assault/lies/cover-ups”; and 8% said they felt the military was too expensive and had the wrong priorities, according to the data. Another 15% provided other reasons that were not specified in the data and 8% said they didn’t know why they were not very confident in the military.

“The fact that ‘political leadership’ was the plurality response among those with low confidence (albeit only a 13% plurality) may be an indication of the corrosive effects of political polarization in the body politic generally bleeding over into attitudes towards the military,” Feaver said.

Meanwhile, 59% of Democratic respondents and 66% of independents indicated in the 2018 survey that they had a great deal of confidence in the military. In the 2021 survey, those figures dropped to 42% and 38% respectively.

In the past year, the military and its top leaders have become ensnared in the toxic political environment that now permeates all levels of American society. Army Gen. Mark Milley, chairman of the Joint Chiefs of Staff, has come under fire from both the political left and right.

Democrats have criticized Milley over the military’s inability to respond to the Jan. 6 Capitol Hill riots. Milley has also been extensively lambasted by Republicans and cable news pundits for saying he wants to understand “white rage” and for his portrayal in recent books about President Donald Trump’s administration, such as “Peril,” by Bob Woodward and Robert Acosta, which revealed that Milley assured his Chinese counterpart shortly before the 2020 presidential election that the United States was not about to launch a preemptive strike against China.

Over the past year, Republicans have also accused the Defense Department of espousing “critical race theory” and Fox News personality Tucker Carlson has repeatedly launched vicious attacks over everything from Air Force maternity uniforms to the Defense Department’s mandate that all service members get vaccinated for COVID-19. The latter issue has become so divisive that Oklahoma Gov. Kevin Stitt is challenging the Pentagon’s ability to require National Guardsmen to be vaccinated.

A number of survey respondents cited sexual assaults, lies, and cover-ups as reasons why they did not have much confidence in the military. Last December, an independent committee unveiled how leaders at Fort Hood, Texas, failed to take care of their soldiers, including turning a blind eye to sexual harassment and assault. The committee’s report also detailed how the investigation into Spc. Vanessa Guillén’s disappearance had been thoroughly botched by amateur mistakes.

The Reagan Institute’s survey first noted a drop in confidence in the military in 2020, so this issue predates President Joe Biden’s administration, noted Kori Schake, a defense expert with the conservative American Enterprise Institute think tank in Washington, D.C.

“It looks to me like validation of Peter Feaver and Jim Golby’s research showing that the public begins to view the military the way they do the Supreme Court: apolitical when their behavior supports my beliefs, shamefully politicized when they don’t,” said Schake, who co-authored a book about the civil-military divide with retired Marine Gen. James Mattis.

Given how polarized the country is right now, it’s not surprising that the military’s reputation is taking a hit, just like all other government institutions, said Risa Brooks, a political science professor at Marquette University in Wisconsin.

Overall, the military appears to be doing well compared with other government institutions, she said.

“But I think that it’s important for the public to see the military as acting on behalf of all of them and as representing the country and the country’s national interests writ-large,” Brooks said. “So when you’re getting a circumstance in which the military is only popular with certain subsets of the population or only some people and some groups are expressing confidence in it, it starts to suggest that not everybody believes that the military is acting on behalf of the country as a whole. Ultimately, that’s going to affect the ability to mobilize and galvanize opinion to deal with the kinds of threats and challenges the country is facing.”

Retired Army Lt. Gen. Mark Hertling described the survey’s results as “understandable but unfortunate,” given how much politicians and others have maligned the military as an institution over the past decade.

“Add to that the constant drumbeat of ‘failure’ in wars (America wants a winner, no matter the complexity of the mission, and the faster the better, the hell with whether we truly understand the strategy or the requirements) certainly contributes as well,” said Hertling, the former commander of U.S. Army Europe.

With all of that said, the military has also contributed to the falling confidence by not always being transparent with Congress and the American people on issues including the conduct of wars and various scandals, he said.

“We need to ‘tell our story’ in a more succinct, understandable, transparent and relatable way to the majority of Americans who have not served, but who think they know what serving means and entails,” Hertling said.