The Army has a stretch Humvee

Of all the ground vehicles in the Army's arsenal, this stretch Humvee may be the most unusual — or the flyest 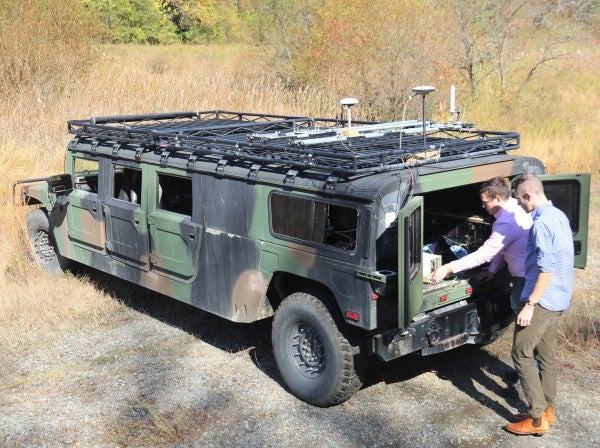 Of all the ground vehicles in the Army's arsenal, this stretch Humvee may be the most unusual — or the flyest.

The photos, first spotted by our friends at The War Zone, show C5ISR Center scientists and engineers conducting research on positioning, navigation and timing systems at the center's headquarters at Aberdeen Proving Ground in Maryland.

We don't know much about this elongated Humvee, but The War Zone suggests that the vehicles were likely first adopted as part of the Army's Mounted Battle Command On The Move (MBCOTM) network program that, first initiated in 2002, was intended to integrate a plethora of comms systems into various ground vehicles so they could function as mobile tactical operations centers.

The photos are fascinating on their own, and I've reached out to the C5ISR Center to learn more about how they use their unique vehicle. In the meantime, I highly recommend you check out The War Zone's deep history of the vehicle here.