Service members who were denied religious and medical exemptions for the COVID-19 vaccine will not be punished. 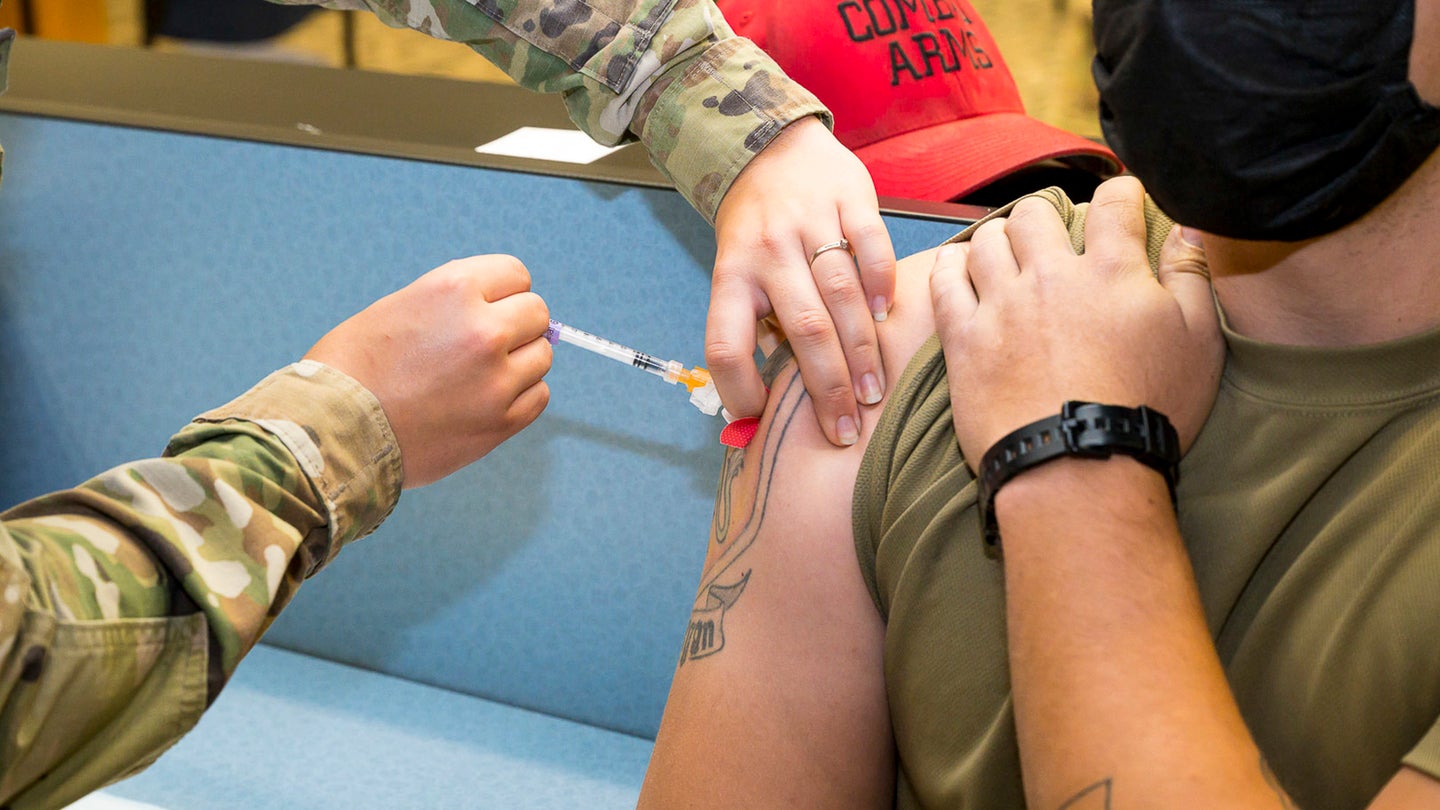 Tens of thousands of service members who were denied religious or medical exemptions to the military’s requirement that all service members be vaccinated for the novel coronavirus (COVID-19) will not face any disciplinary or administrative action now that the vaccine mandate has ended, Defense Secretary Lloyd Austin has announced.

Austin issued a memo on Tuesday notifying troops that he had formally rescinded the vaccine mandate as required by the 2023 National Defense Authorization Act, which Congress passed in December.

From now on, service members will no longer be separated for refusing to get vaccinated for COVID-19 on religious or medical grounds, Austin wrote.

“The Military Departments will update the records of such individuals to remove any adverse actions solely associated with denials of such requests, including letters of reprimand,” Austin wrote in the memo. “The Secretaries of the Military Departments will further cease any ongoing reviews of current service member religious, administrative, or medical accommodation requests solely for exemption from the COVID-19 vaccine or appeals of denials of such requests.”

Troops who were separated for refusing to get vaccinated can petition their respective branch’s discharge review boards or seek a correction to their military or naval records to have their discharge characterizations upgraded, Austin wrote.

A significant number of service members have refused to get vaccinated since August 2021, when Austin announced that COVID-19 vaccines had become mandatory for all troops. Based on the number of troops separated and those whose exemption requests were denied, more than 26,000 service members refused COVID-19 vaccines. Fox News personality Tucker Carlson and prominent Republican lawmakers claimed that the military was violating service members’ civil liberties by requiring them to get vaccinated.

More than 8,400 service members were eventually separated for refusing to get vaccinated. Even though the Defense Department allowed troops to apply for religious and medical exemptions to the vaccine mandate, few of those requests were granted, according to data provided by the military branches.

By the time Congress repealed the mandate:

Now the military is rescinding adverse action taken against service members who refused to get vaccinated on religious or medical grounds — unless there are complicating factors, said Greg Rinckey, a founding partner with the Tully Rinckey law firm.

In certain cases, service members may have received letters for refusing a direct order, conduct unbecoming, and other reasons in addition to being denied an exemption to the vaccine mandate, said Rinckey, who served as an Army’s Judge Advocate General Corps for six years

“Someone may have been disrespectful to their commanding officer,” Rinckey told Task & Purpose. “If that’s tied to a letter of reprimand along with a vaccine refusal; well, is that case covered by this? If I was the [judge advocate general] advising that commander, I’d probably say no.”

The guidance that Austin announced in his memo is not a panacea for troops who have already had their careers harmed for seeking exemptions to the vaccine mandate, said attorney R. Davis Younts, who represents more than 60 service members including Navy SEALs, who have refused to get vaccinated.

“What it does not do is address performance reports and I have clients that have not been promoted, they’ve not gone into leadership positions while this has all been pending,” Younts told Task & Purpose.

Many of the reservists whom Younts represents have been moved to the Individual Ready Reserve with no option of returning to drilling units, he said.

Austin’s memo also says that commanders can still determine whether service members can deploy to countries that require vaccinations.

That leaves some of the troops whom Younts represents concerned that they will be listed as non-deployable, he said.

“If they stay in that status for 12 months, they could be pushed out for being non-deployable,” he said.

Rep Mike Waltz (R-Fla.) told Task & Purpose that he was waiting to see if service members who were denied religious and medical exemptions to the vaccine mandate will not see any damage done to their careers.

“It was clear the mandate should have been revoked after it was obvious vaccines didn’t stop the spread of COVID and data showed a healthy, young population minimally affected,” said Waltz, an Army National Guard colonel and Special Forces officer. “This was especially untimely in the midst of a recruitment crisis. Those who were punished should absolutely have their reprimands removed and those who were discharged reinstated.”