“I can’t thank you all enough for coming in and helping our fellow citizens over a holiday weekend." 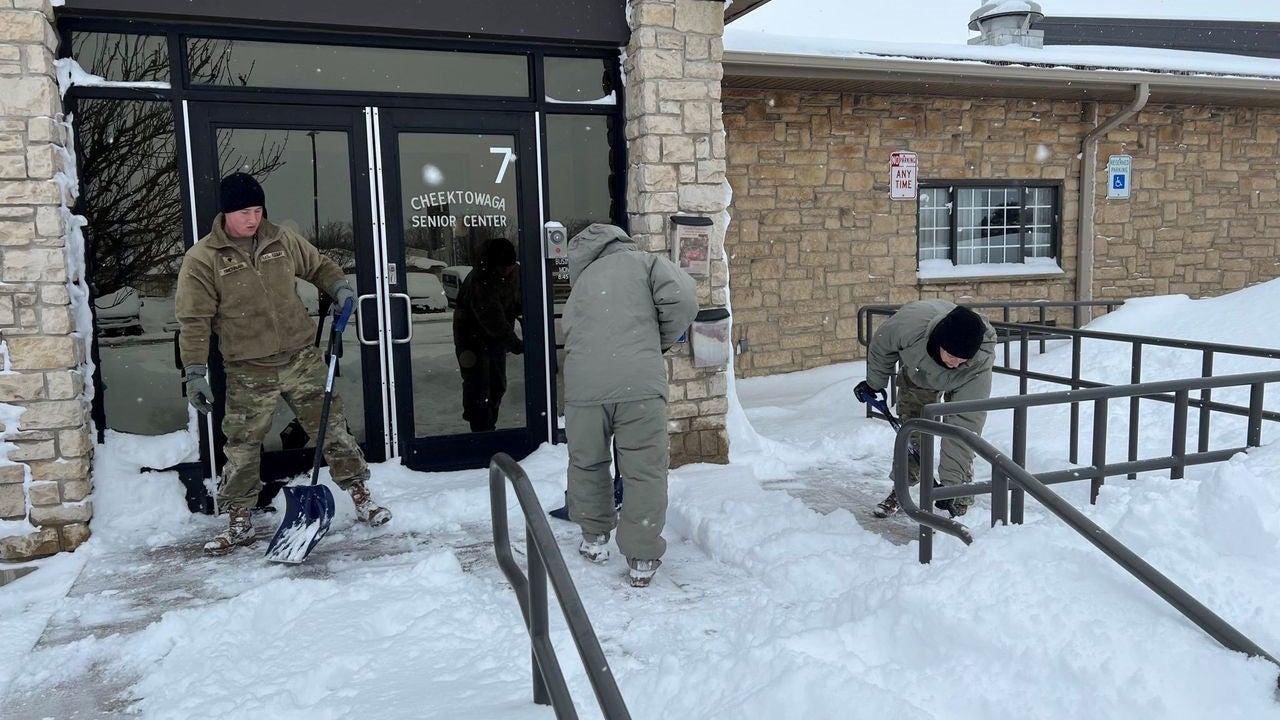 When a polar vortex blanketed large swathes of the Midwest and Northeast in snow during the last days of December, state governors activated the National Guard to clear roads, deliver supplies and rescue people trapped by the icy conditions. One of the worst hit areas was Buffalo, New York, which saw people die in and outside their homes while waiting for medical help or rescue after losing power.

During the storm, hundreds of National Guardsmen were activated in New York to help. Roughly 600 were sent to Buffalo. Among the units was the 107th Air Attack Wing, which sent troops to aid in search and rescue operations. On Friday, Dec. 30, 18 members of the unit were given commendation medals for their part in those efforts.

Tribune News Service first reported on the commendations. Spokespersons for the 107th are out for the new year holiday and were not able to provide Task & Purpose with more information on who received the honors and for what specific actions. Maj. Gen. Raymond Shields, head of the New York Army National Guard, presented the medals to the 18 service members.

“I can’t thank you all enough for coming in and helping our fellow citizens over a holiday weekend,” Shields said at Friday’s event, per Tribune News Service.

The 107th Air Attack Wing is based a few miles to the north of Buffalo at Niagara Falls Air Reserve Station. When the storm hit and they were activated, the unit found itself dealing with some of the same issues as those they were going to aid. Roads were blocked, equipment was competing with the icy cold and the weather was awful as snow kept falling. They made it to the city and began operations. Some of the immediate work over the Christmas weekend was finding vehicles that were trapped by the snow and helping them get moving. Then it shifted to transporting elderly residents and children to warm shelters, as well as aiding ambulances.

“Doing runs to hospitals for patients, doctors and nurses who need to get in. Stuff like that,” Staff Sgt. Kevin Au of the 107th Air Attack Wing, one of the 18 honored, told local news organization WGRZ on Friday. “Helping get roads cleared. Right now we’re focusing on snow removal efforts getting areas plowed, getting trucks full of snow out the door.”

Those efforts saved lived, although the winter storms still had a high death toll. At least 60 people died nationwide during the snow storms, with at least 39 of those deaths happening in Erie County, where Buffalo is.

Although the storms themselves have mostly ended, many of the areas hit by the polar vortex are still dealing with large snow drifts and cut-off communities. National Guard units are still working to help some of the worst-hit communities. In South Dakota, the National Guard has been ferrying food and fuel to the Pine Ridge and Rosebud reservations. The former was completely cut off for several days after roads were blocked by the storm.