The Marine Corps is considering major changes to its tattoo policy

“The Marine Corps is currently considering making changes to its tattoo policy and we will update once the policy is complete.” 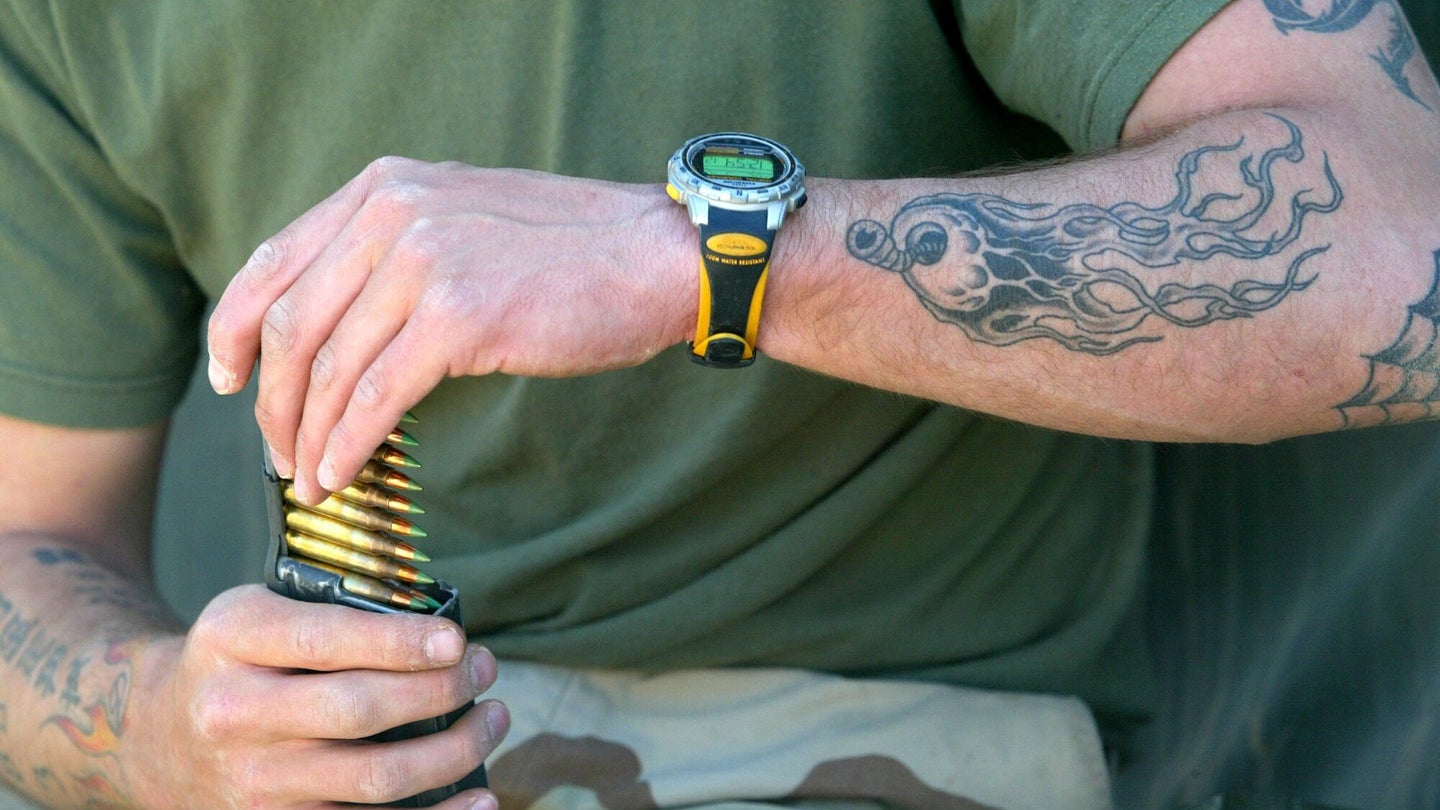 The Marine Corps is considering changes to its current tattoo policy, a Marine Corps spokesman confirmed to Task & Purpose.

The possible changes were first hinted at publicly on Reddit after a user posted a photo of their government work computer showing a partially redacted email that laid out a list of possible changes to the service’s current guidelines on tattoos — including a proposed return of sleeve tattoos. The photo has since been deleted, though a cropped screenshot of that same email was uploaded elsewhere to Reddit. A second email viewed by Task & Purpose, which was sent from a different source at a different duty station, included the same list of changes.

Separately, Task & Purpose obtained a full screenshot of the email that made the rounds on Reddit, which showed that the message was originally sent by Sgt. Maj. Rafael Rodriquez of Manpower and Reserve Affairs before being forwarded to other Marine leaders. Rodriquez did not immediately respond to a request for comment.

The email mentioned several possible changes to the tattoo policy that would soon “be on the street” and instituted as Marine Corps policy, including the return of full-sleeve tattoos that were outlawed in 2016. The email claimed that many tattoo restrictions would be lifted, such as where tattoos can be placed and the maximum number of tattoos for officers.

“There seems to have been some pre-decisional information that’s been passed in different forms,” Stenger said. “In this case it looks like some of that stuff was put into an email and sent out.”

When asked about the changes listed in the emails, Stenger reiterated that the information included in the email is at a “pre-decisional” stage.

“I will say that all of this is pre-decisional right now,” he said. “Something might be in a policy that has yet to be reviewed by the senior leadership that needs to review it. So whatever you’re seeing in that email, it might — and I emphasize, it might be — what’s in that current policy, but that might not be in that final policy and that happens often with policies that we’re generating.”

The size and scope of tattoos currently allowed for Marines is regulated by a policy the Corps instituted in June 2016 known as Marine Corps Bulletin 1020. The policy from then-Commandant Gen. Robert Neller banned so-called “sleeve tattoos” that could be seen on Marines’ arms and legs in physical training uniforms and prohibited officers from having more than four visible tattoos.

“Marines have inherited a legacy that we must honor and preserve for future generations of men and women bearing the title United States Marine, and that means meeting and exceeding the standards the American people have come to expect from our Corps,” Neller wrote. “The American people expect Marines to be disciplined, physically fit, and ready to accomplish any mission. They also expect Marines to possess esprit de corps and a squared away and sharp personal appearance. The tattoo policy over the years has attempted to balance the individual desires of Marines with the need to maintain the disciplined appearance expected of our profession.”

Still, the Marine Corps has stressed that while it is considering changes to its tattoo policy, nothing has been approved yet. So, it’d be a very good idea to hold off on getting that full-sleeve tat with a Bald eagle, a skull with EGAs for eyes and a Grim Reaper with an M240B medium machine gun until after the policy, whatever it may ultimately be, is officially made public.

“Marines should definitely wait until the official tattoo guidance is published before making any permanent decisions,” Stenger said.