Efforts are ongoing to get fuel to the Pine Ridge Indian Reservation, cut off by snow drifts. 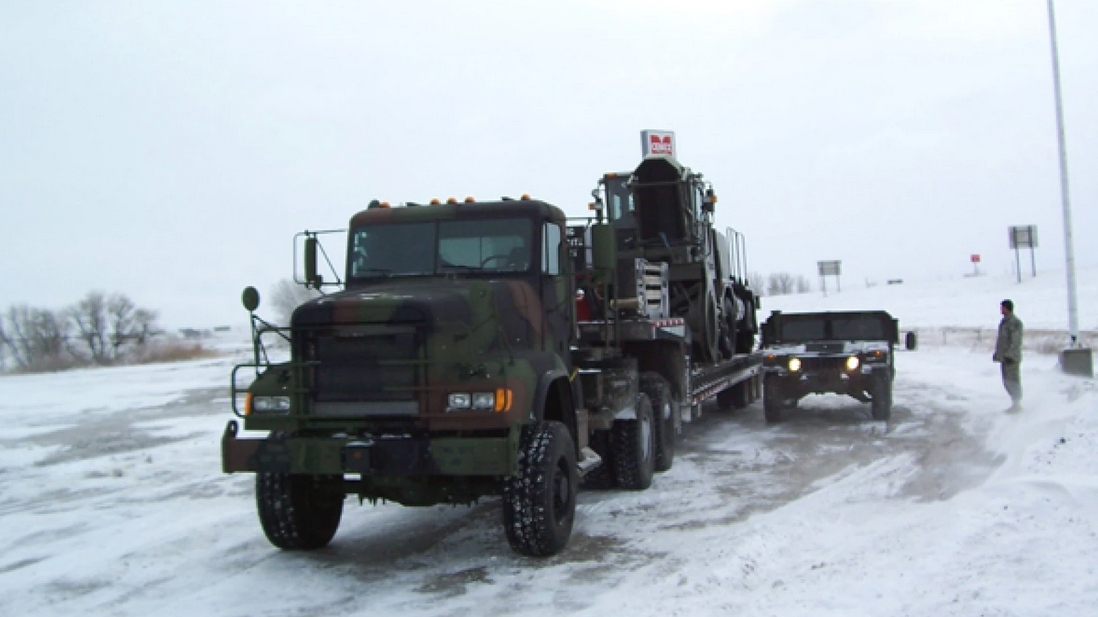 State governors around the United States have mobilized National Guard units over the holidays to help Americans who have been waylaid by massive winter storms. Thousands have been snowed in, roads have been blocked and many have been running low on supplies.

One of the most urgent efforts is in South Dakota. The storm hit residents hard, but some of the worst conditions are on the Rosebud and Pine Ridge reservations in the state. Pine Ridge have been cut off from the rest of the state by more than a week of heavy snowfall. The reservation saw 30 inches of snow, plus intense winds that have blocked roads, with snow drifts that stretch for dozens of feet (local reports as of Christmas Eve said that roads to Rosebud were less obstructed). Supplies and fuel have run low, and residents in Pine Ridge have been forced to burn clothes to keep warm.

Anna Halverson, a district representative on the Pine Ridge Indian Reservation, told the BBC over the weekend that people have been trapped inside their homes and are running out of food and supplies, including baby formula for infants. Due to the vast, rural nature of the reservation, many of the Oglala Sioux tribe are in remote parts of the area, away from stores or relief sites.

“If anyone can come — we need anything and everything,” Halverson told the BBC.

South Dakota Gov. Kristi Noem called up the National Guard to State Active Duty. Guardsmen with the 196th Maneuver Enhancement Brigade and 114th Fighter Wing are taking the lead on assisting the reservations. At least some of the initial deliveries of firewood made it to communities on the reservations, although roads continue to be cut off as snow and wind pile up soon after the paths are cleared. As of press time, the South Dakota National Guard did not respond to questions regarding road clearance and relief efforts to Pine Ridge.

Another urgent situation is along the border with Canada around Buffalo, New York. Blizzard conditions there not only blanketed the city in as much as 50 inches of snow, but forced border closures as well. At least 28 people are confirmed to have died as a result of the storm. New York Gov. Kathy Hochul mobilized roughly 540 National Guardsmen to aid in relief and rescue efforts. They have been working around Erie County to get people to safety and transporting people to medical facilities, including a pregnant woman who was taken to a hospital.

“We have a running joke internally about how many babies Lieutenant (Richard) Burns is going to deliver today,” said Maj. Luke Udell, according to a Defense Department news release.

Other states have activated the National Guard, including Minnesota and Indiana.