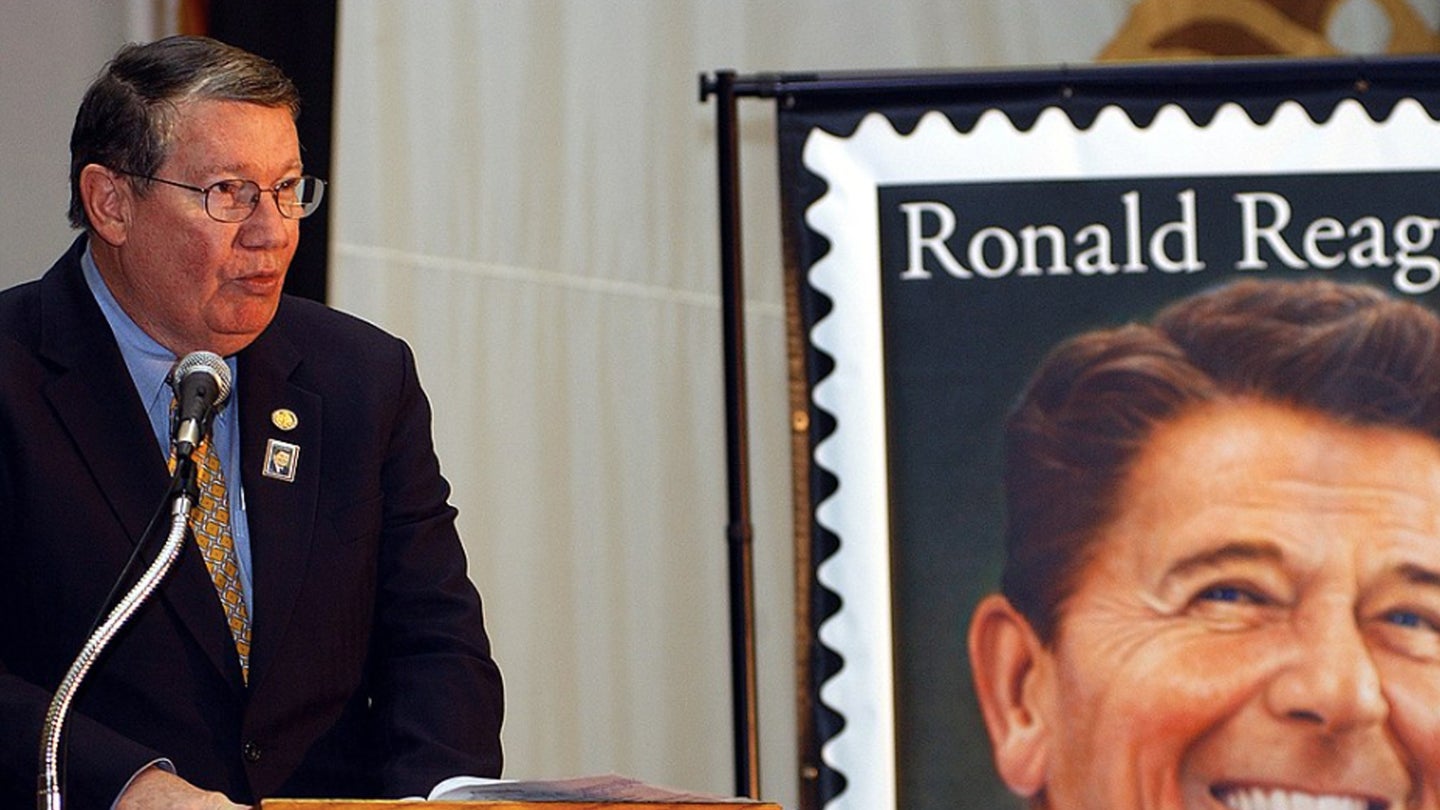 An ace Navy fighter pilot-turned disgraced congressman was one of 143 individuals to whom Donald Trump granted a pardon or a commutation as one of his last acts as president on Wednesday.

Former Commander Randall Harold “Duke” Cunningham was the only Navy pilot to achieve ‘ace’ status — meaning he shot down five enemy aircraft — in the Vietnam War. He then went on to serve as a Republican congressman for California for 14 years, but in 2005 he resigned after pleading guilty to several corruption-related charges, such as receiving bribes in the form of a Rolls-Royce, antique furniture, Persian rugs, and jewelry.

In 2013, Cunningham was released from prison and moved to Arkansas. Now, nearly eight years later, Trump granted him a conditional pardon, which usually means that it is contingent on continued good behavior, Military.com reported. During his time in prison, Cunningham tutored other inmates to help them earn their GED, according to a White House statement.

Cunningham flew F-4 Phantom II fighter jets from the aircraft carrier USS Constellation over Vietnam in 1972, where he and his Navigator/Radio Intercept Officer William P. Driscoll shot down five North Vietnamese MiG-21 and MiG-17 aircraft over a five-month period. During his 20-year Navy career, he also flew as an instructor at the Navy Fighter Weapons School TOPGUN at Naval Air Station Miramar. Cunningham claimed to be the inspiration for the hit 1986 movie Top Gun, a claim which the film producers denied, according to the San Diego Union-Tribune, which won a Pulitzer Prize for exposing Cunningham’s corrupt behavior.

A 2005 Newsweek article used the term “baroque” to describe the congressman’s excesses. He pleaded guilty to taking more than $2 million in bribes and tax evasion, and the gifts he accepted included the use of a yacht, a 19th-century Louis Philippe commode, and $2,000 for his daughter’s college graduation party. His lawyer, Mark Holscher, recommended that his client plead guilty to corruption charges because he had “no defense,” Newsweek reported.

Other off-color behavior of Cunningham’s include flipping off and saying ‘fu*k you” to a World War Two veteran who suggested lowering the defense budgets; making homophobic comments about his fellow lawmakers; and challenging a Democratic lawmaker to a fistfight on the House floor, according to Newsweek.

Then-House Speaker Dennis Hastert called Cunningham a war hero, but “the public trust he has built through his military and congressional career has been violated,” Hastern wrote in 2005, according to North County Times. “No one is above the law. He will find that his actions will have serious consequences.”