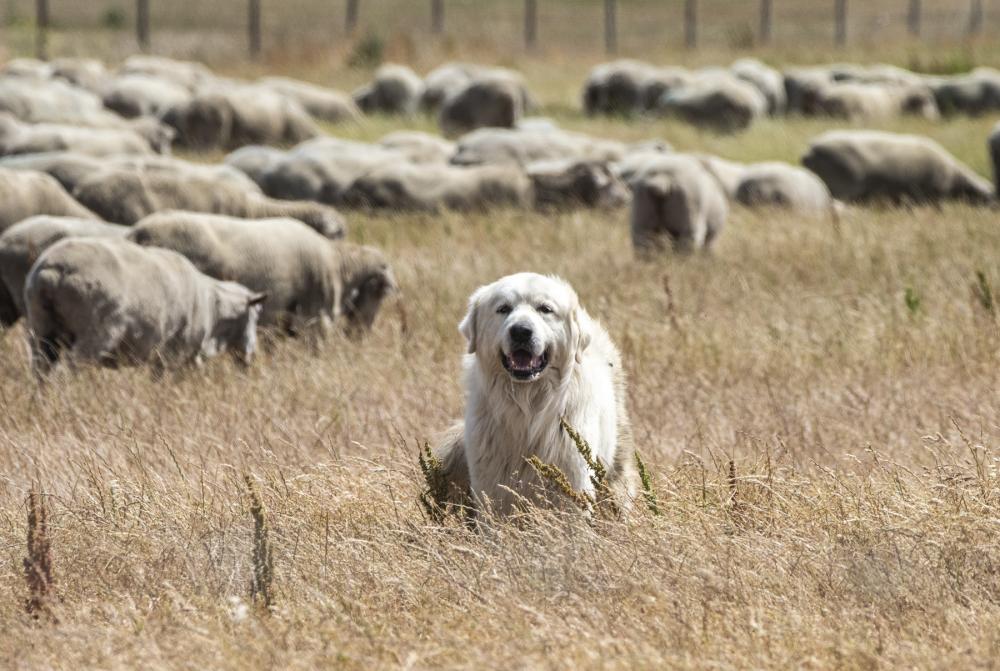 A dog guides sheep around the fields of Travis Air Force base. (U.S. Air Force photo by Heide Couch).
SHARE

It’s spring, and that means that Travis Air Force Base is letting loose its main weapon for fighting plant overgrowth: sheep. Approximately 1,000 tactically deployed sheep took to the fields around the northern California base to graze on the grasslands the base manages. Their mission is to cut back invasive plants in the fields and provide stability for habitats for endangered species in the area.

The base first used sheep and goats to get grasses and invasive plants under control back in 2018. Prior to that it had relied on machinery, herbicides and Airmen for mowing back the grass. The main target for the sheep’s mission is barbed goatgrass, among several types of unwanted flora, which can reach almost two feet in height. Travis AFB, which is home to the 60th Air Mobility Wing and the 349th Air Mobility Wing, manages several hundred acres of grassland, which is used in part for grazing cattle and other animals. The sheep were brought by trailer to the base and herded by both humans and dogs. According to Travis AFB, the sheep are more effective than machine mowers, and can produce shorter cuts of grass.

As with each deployment since 2018, the sheep are set to roam and graze across the grasslands for several spring weeks to gradually and evenly clear the overgrowth. It started with 300 sheep and some goats and has tripled since then. However, goats do not appear to be part of this year’s mission. Military families on the base are allowed to watch the grazing, but must stay out of the fields while the sheep are on duty.

The Air Force, which honors generals with truly gigantic swords, is also doing this to help protect local endangered species. Travis Air Force Base is in Solano County, Calif. which is one part of the state where the endangered California Tiger Salamander calls home. Overgrowth threatens its habitat, as well as creates an unseemly grassland near the base. The base has had an agreement with the Solano Resource Conservation District to help keep the lands it manages in check since 2015. When Travis AFB first started using the sheep in 2018 for its mission, the base said it chose the animals over cattle or horses in part because they are “smaller and more agile and will more readily utilize forage” than the other animals. That makes for highly effective equipment in a specialized field.

The sheep might not officially count as civilian contractors, but they are helping to maintain the base. Beyond saving costs, they also save Airmen’s time and free them up for more urgent tasks. Airmen at other bases, as well as privates in the Army and Marine Corps, probably wish they had some sheep on hand to help them with their base beautification duties. Never underestimate the benefit of a good herd of sheep.