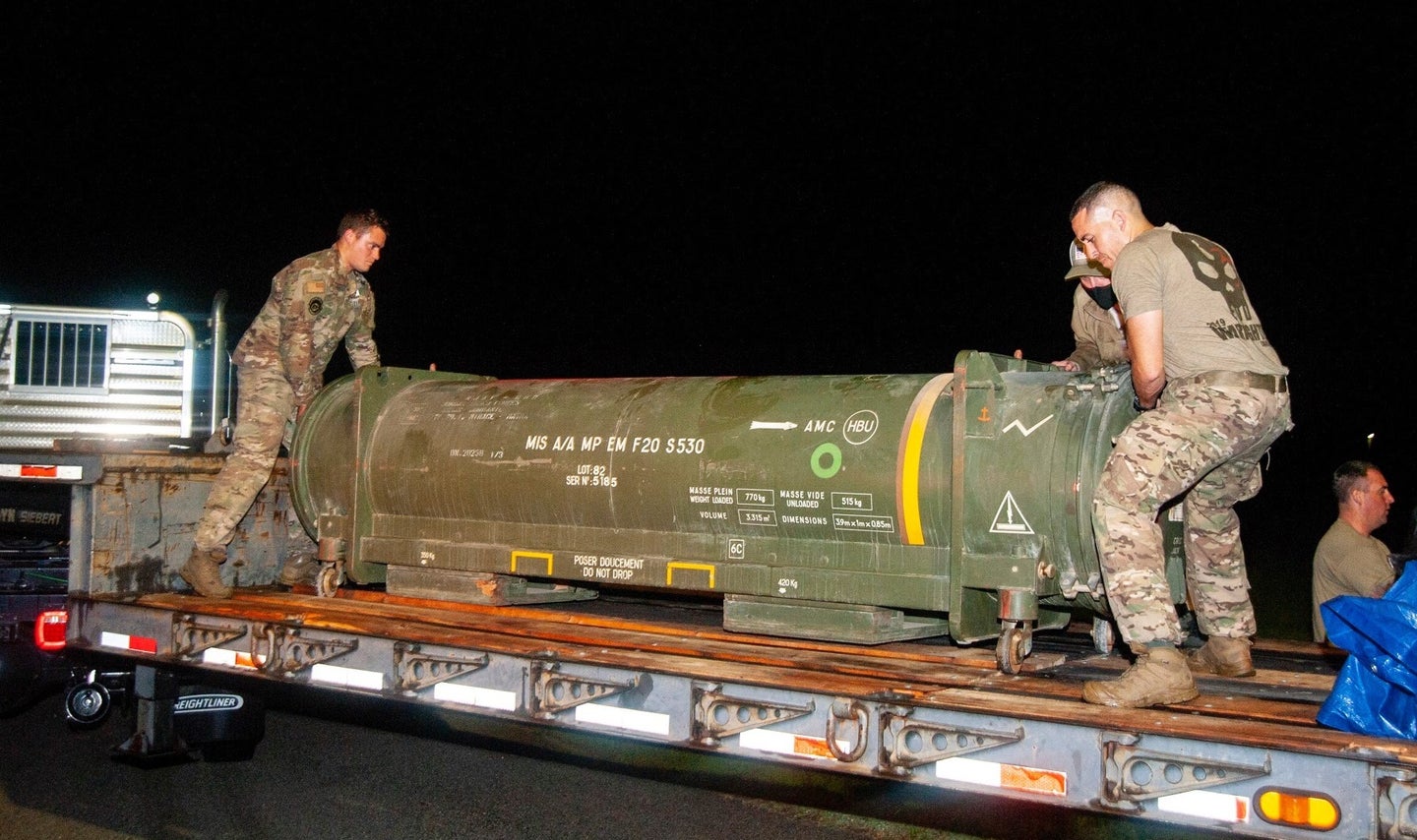 When a contractor opened a container at Lakeland Linder International Airport in Florida on Friday, he probably wasn't expecting to find a massive guided missile just sitting there with that “I could blow this whole place up if I wanted to” expression on its stupid metal face.

It's unclear how exactly this missile got there. According to local news reports the container originally arrived at the airport with pieces of an aircraft inside and belonged to a company called Draken International,

After the discovery, the civilian airport was evacuated and Air Force explosive ordnance disposal technicians from nearby MacDill Air Force Base were called in to remove the warhead, which was found to be live but not armed.

Draken International provided a statement to WTSP, a local news station, on the explosive discovery:

“Draken International, in the process of evaluating arriving shipments discovered something questionable and potentially explosive. Adhering to the explosive safety rule of exposing the minimum amount of people for the minimum amount of time to a potential explosive hazard the decision was made to evacuate the facility and its surrounding neighbors and contact the appropriate authorities. Draken takes its roll in the community seriously and always wants to ensure it performs safe and reliable operations.”

Fortunately, personnel with the Lakeland Fire Department, the Bureau of Alcohol, Tobacco and Firearms, and the EOD team from MacDill safely removed the ordnance. But talk about a MIS-guided missile, amirite?