Kyiv wants to buy 100 of the kayak-like uncrewed surface vehicles to wreak havoc on Russia's navy. 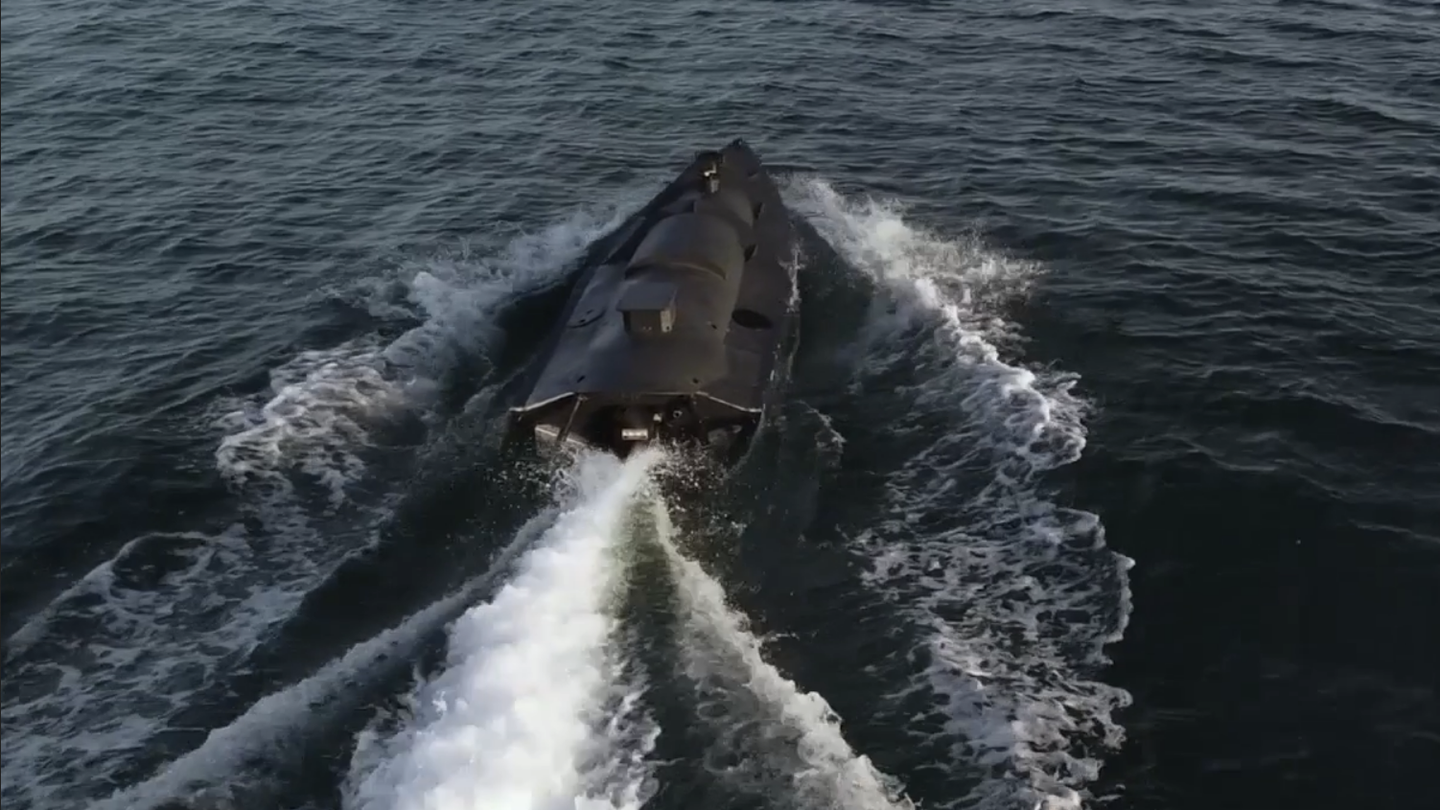 Fresh off a surprise drone swarm attack on the Russian military’s  Black Sea fleet in the Crimean port of Sevastopol, Ukraine wants to double down on its use of naval drones — and it’s turning to an unusual sourcing method to do so.

“I am sure that millions of people will support this important area of Ukraine’s defence,” Ukrainian President Volodymyr Zelensky said in his message on United24, a crowdfunding campaign the Ukrainian government set up after the invasion began in February. “Everyone has already seen how it works.”

That last bit is key. The Oct. 29 attack featured both aerial and naval drones, launched in a multi-pronged assault on the Russian military’s  Black Sea fleet. Footage from Sevastopol and the drones themselves showed the USVs dodging Russian fire. At least one Russian warship, the frigate Admiral Makarov, was reported damaged in the attack.

The United24 crowdfunding campaign also gives the clearest look yet at the USVs used in the October attack. The 18-foot-long vessels have a kayak-like design and can be loaded with explosive material to devastating effect. As our colleagues  at The War Zone noted, these USVs appear to have a speed of 50 mph, can fit up to 400 lbs of “combat payload” on its frame. The USV is also painted jet black, and with an extremely low structure can blend in against the sea waves, especially at night.

Both Zelensky and other Ukrainian officials noted the sought after USVs could be used in the Black Sea. United24 claims they have a range of up to 800 kilometers and an autonomous operational capability of 60 hours, which could give these USVs the ability to strike across the sea.

Although Ukraine has scored several victories against the larger Russian military — including sinking the Black Sea flagship Moskva in April — and is receiving Western shipments of tanks, artillery pieces and other high-end weapons, it has had success with unconventional and asymmetric strikes. The $274,000 price tag is also considerably cheaper than the Neptune anti-ship missiles used against the Moskva, which run roughly $40 million each.

This kind of warfare can seem like an amalgamation of high- and low-tech ideas, and asymmetrical tactics in a traditional nation-state conflict, but it’s warfare for the modern era. The United States military has been well aware of how dangerous explosive vessels can be, both in real world incidents such as the 2000 terrorist attack on the USS Cole in 2000 and in 21st century exercises.

Indeed, in the United States’ 2002 Millennium Challenge, an outgunned Red Team opposing force overwhelmed the U.S.-led Blue Team’s radar with a missile swarm and then delivered devastating strikes using explosive boats. As the Black Sea attack in October showed, small weapons like these USVs can be hard to eliminate when sent in large numbers, allowing them to sneak up on enemy forces and past defenses if spotted.

Militaries have been training to add drones into conventional warfare. U.S. Army soldiers are doing drills to fend off aerial drone attacks, including using countermeasures to jam their signals. In Ukraine, Russian and Ukrainian forces are utilizing uncrewed machines in a variety of tactics, from reconnaissance to outright assault. These drones range from expensive, high-tech pieces such as the naval ones used in Sevastopol to off-the-shelf retail quadcopters, which have even engaged in dogfights in the skies above Ukraine.

With the campaign just launched, it’s unclear how many of these USVs Ukraine will acquire, or how they’ll eventually be deployed. But it’s clear that the future of naval warfare is here. Militaries around the world need to take it seriously and pay attention, as the next threat could be a tiny kayak-like drone loaded to the brim with explosives.