No, aircraft carriers will not be useless in a war with China

A lot would have to align before China's military could successfully hit a carrier at sea with a ballistic missile under wartime conditions. 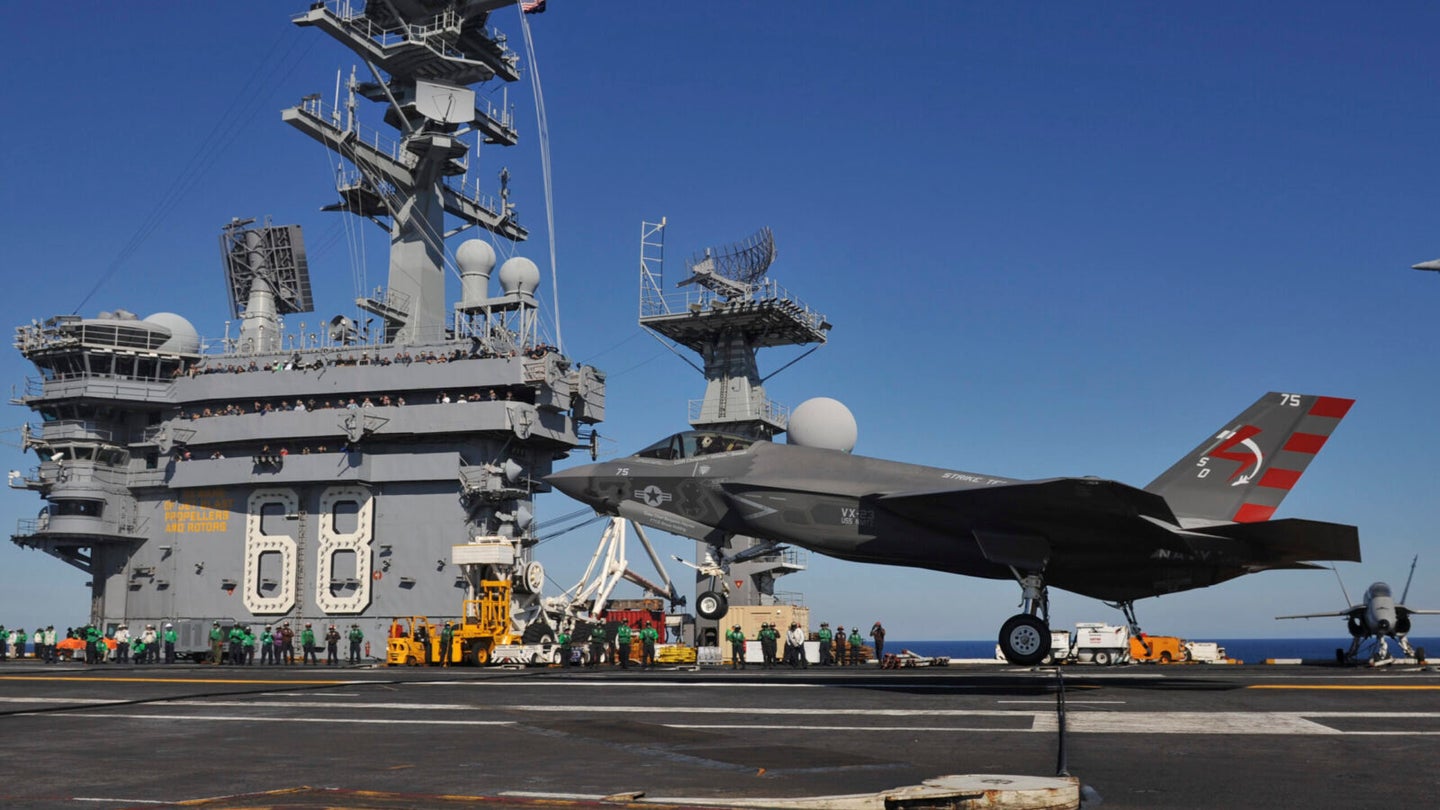 A recent piece by Task & Purpose’s Jeff Schogol, titled US Navy aircraft carriers may be useless in a war with China, included the sentence, “…it’s also worth noting that experts have been writing the aircraft carrier’s obituary for a century.” My only suggestion is that it should have been the first sentence of the article. My home is 25 miles away from the nearest carrier piers, and even from here I can hear the big decks crying “reports of my death are greatly exaggerated.” As a Surface Warfare Officer, I enjoy making fun of the maneuvering antics of the aviator-commanded “Bird Farms” as much as the next “shoe.” Yet, they are still the capital ships of the fleet, as relevant and decisive now as they were at the end of World War II, even in a potential war with China.

Schogol’s article, quoting a RAND defense researcher, makes two main points: 1) Chinese satellites can now track carriers at sea in real-time, and 2) therefore, Chinese anti-ship ballistic missiles (ASBMs) could easily destroy them. Both of these assertions are far from a sure thing given the evidence. A lot would have to align before China’s military could successfully hit a carrier at sea with a ballistic missile under wartime conditions.

The South China Morning Post report of the new Chinese satellite capability is shy on details. While this new feature should be concerning to U.S. naval planners, it is far from a targeting “easy button.” If the satellites are using visible-wavelength images, then clouds and a lack of sunlight during nighttime conditions could interfere with the timely collection of these images. If the satellites are tracking electronic emissions, then the tried and true tactic of Emissions Control (EMCON) remains highly effective at preventing detection, as Congressional Research Reports highlight. Also, the United States has demonstrated the ability to destroy enemy satellites in orbit.

For the sake of argument, let’s assume that the satellite has acquired the location of an American carrier. That data must then be communicated, in near-real-time, through multiple organizations, from the satellite’s earth receiving station to the ballistic missile firing platform. That network of connections must be free of disruption in order for a timely weapons launch to occur. American ballistic missile defense operators know communications chains like this are not trivial to maintain, even in peacetime. In war, the United States has capabilities in cyber and electronic warfare that present opportunities to disrupt or delay the crucial timing and delivery of targeting data.

To keep the argument going, let’s jump to the point that the detection has been made and the information has been delivered in a timely manner to the launch platform which is then able to fire the weapon. One of the primary advantages of aircraft carriers is that they are mobile. The flight time obviously depends on the target range, but most open sources speculate that it would take 25 minutes for a long-range shot. A carrier might be thirteen nautical miles or more, over the horizon, from where it was when the missile was fired. Each minute of delay in communicating the target location to the shooter, or in preparing the weapon for launch increases the difficulty of the targeting problem. The maneuverable reentry vehicles of China’s ASBMs are intended to compensate for this and China claims that it has hit a moving target at sea in test trials. Understandably, they left out details about how fast their target was moving, or whether it was maneuvering to make targeting more difficult. It’s a far cry from proof that they could hit a moving carrier under wartime conditions.

What if their weapons do successfully reach the skies over the carrier battle group? Is all lost? Hardly. As the Congressional Research Service notes, the weapons’ terminal guidance is still susceptible to electronic attack from ships’ electronic warfare defenses and to spoofing by the chaff and flares that each ship in the carrier battle group is proficient with. Hard kills of the ASBMs might also be possible with SM-6 BMD interceptor missiles that many carrier escorts are capable of carrying. A successful hit on a carrier, even once the weapon is overhead, is far from certain.

China’s ASBMs and improved surveillance do mean that American carrier battle groups might be targetable and fall within the engagement zone of Chinese weapons. This is not a new premise, though. For example, Rear Adm. Michael McDevitt noted that China operates ninety H-6K bombers armed with supersonic anti-ship cruise missiles (ASCMs) that have the same engagement range as China’s most numerous ASBMs. A carrier anywhere within 1,000 miles of the Chinese coast would already have to be prepared for multiple regimental-sized raids, each hurling 108 supersonic ASCMs at the flat top. Additionally, China’s nine nuclear-powered submarines could hold the carriers under threat with torpedoes and cruise missiles anywhere in the Pacific, and her 56 conventional submarines could do the same closer within the island chains. Bombers and submarines are also more tolerant of delayed or imprecise targeting information than ASBMs.

Some may point out that we have defensive options against bombers and submarines. As stated earlier, though, there are similar defensive options against ASBMs. It has long been the case that American carriers might get hit in a war with China. Today’s situation is nothing new. The U.S. Navy has decades of experience operating within the weapon ranges of hostile forces.

Tellingly, American and allied aircraft based in Korea and Japan have for decades been within the range of hundreds of accurate Chinese ballistic missiles all along with their runways and facilities. More recently, even Guam is now under threat. For those bases, the Chinese targeting problem is reduced to triviality and the airfields lack the mobility and location deception measures available to carriers. Somehow, no one has been clamoring that land-based warplanes are now worthless in a war against China. In fact, the long-known vulnerability of land-based aircraft and facilities highlights the continuing importance of the harder-to-hit carrier air wings in combat with China.

Lastly, China, itself, just launched their third aircraft carrier. They obviously don’t believe that technological developments have rendered the vessels obsolete. Chinese progress in ASBMs and satellite surveillance do not represent paradigm-breaking revolutions in military affairs. Rather, they are the latest in a long line of Chinese military developments. American military planners will need to contend with them, just like they’ve been doing for all the other developments over the last thirty years. American carrier battle groups will continue to play a large role in those plans.

James Seddon retired from the Navy as a Surface Warfare Officer after 21 years in active and reserve billets with multiple deployments afloat and ashore throughout Asia and the Middle East. He works in IT at a university and is seeking representation for his memoir covering his deployment to Afghanistan and return home.