If China’s leaders thought a war with the United States was inevitable, they would be tempted to strike first. 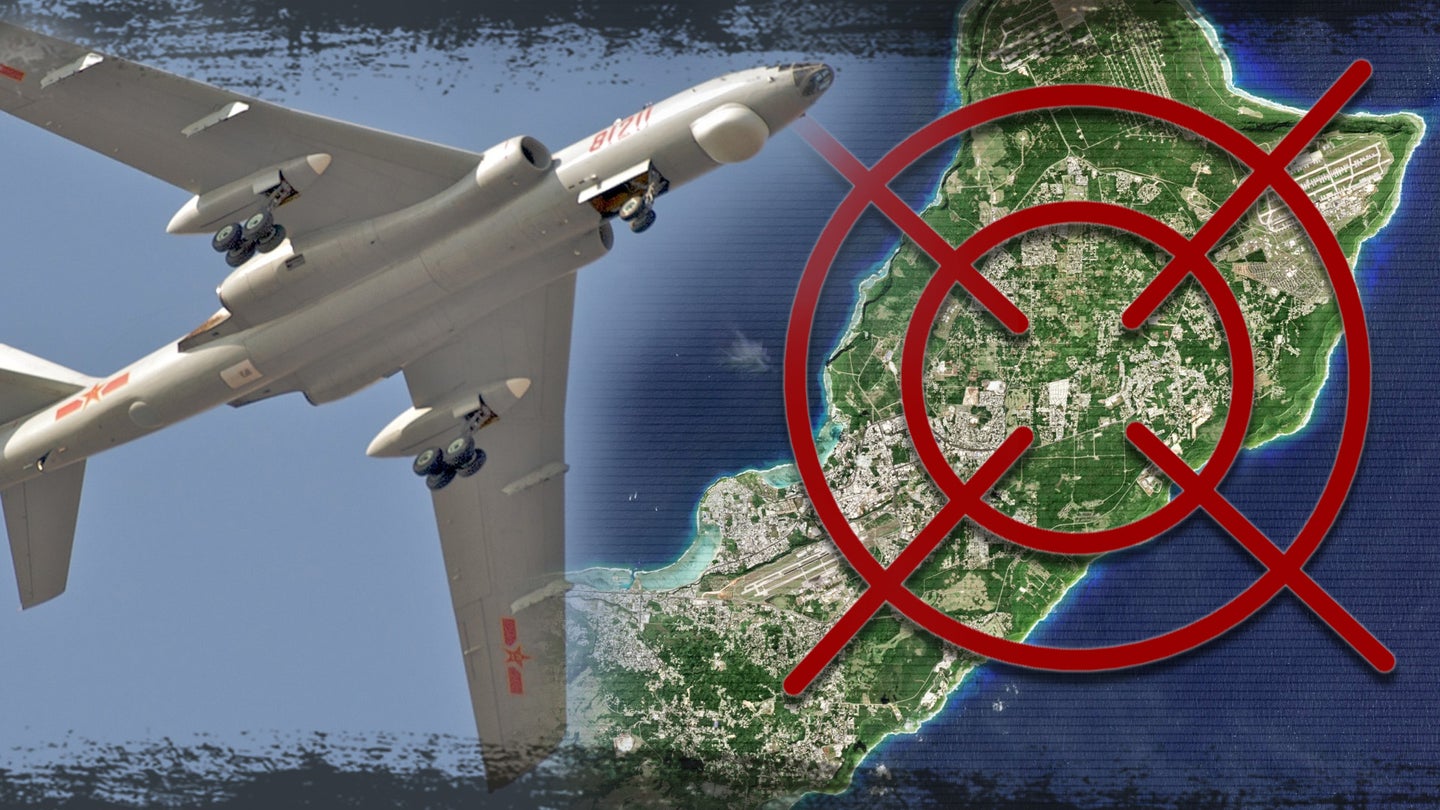 In a war with China, the American territory of Guam would likely become the 21st Century Pearl Harbor.

Stacie Pettyjohn, a defense strategy and wargaming expert, said that most of the wargames involving a Chinese invasion of Taiwan that she has led have begun with the team playing China attacking American bases on Guam and elsewhere in the Pacific to prevent the U.S. military from bringing significant combat power to the early stages of the fight.

“The opening big blow is in line with Chinese military doctrine – its counter-intervention strategy – in terms of seizing the offensive and also just trying to launch a knockout blow in the opening phases of a fight,” said Pettyjohn, director of the defense program at the Center for a New American Security think tank in Washington, D.C.

Guam, which is more than 1,700 miles from Taiwan, is home to Andersen Air Force Base, where B-52 bombers deploy on a rotational basis; as well as Naval Base Guam Navy Base in Apra Harbor, where several submarines are homeported. The island has been part of the United States since becoming a territory in 1898.

China currently has 300 DF-26 Intermediate-Range Ballistic missiles with an estimated range of nearly 2,500 miles, which are capable of striking Guam and U.S. Navy ships, according to the Defense Department’s latest report on Chinese military power.

In 2020, China’s air force released a video showing one of its nuclear-capable H-6 bombers launching a simulated cruise missile strike against an airfield with the same layout as Andersen Air Force Base.

Recognizing the threat posed by China, the U.S. military has started to strengthen its defenses on Guam, where the Defense Department has committed more than $11 billion in military construction over the next five years. The Missile Defense Agency has also reportedly asked Congress for $539 million to protect the island from Chinese ballistic and cruise missiles as well as hypersonic weapons.

Pettyjohn has run Pentagon-sponsored wargames both at CNAS and the RAND Corporation since 2014. In Taiwan scenarios, the team playing China typically hits Guam with a massive barrage of ballistic and cruise missiles armed with submunitions to take out Andersen Air Force Base – and possibly the U.S. airfield on the island of Tinian that is being expanded – and then H-6 bombers fire their long-range cruise missiles to sink ships in Apra Harbor and attack fuel storage facilities, she said. Then they launch follow-up attacks on Guam to prevent the U.S. military engineers from repairing damage to airfields and other installations.

“There are concerns about escalation and hitting U.S. territory,” Pettyjohn told Task & Purpose. “Most of the red teams [enemy forces] recognize that, and many of them do typically assume that the United States will intervene on the side of Taiwan. The operational advantages of destroying key American bases and logistics nodes, in particular those on Guam, outweigh the risks.”

In these games, the teams playing China have typically been skeptical that the United States would respond to a conventional attack with nuclear weapons, Pettyjohn said. Many experts also believe that China is increasing its stockpile of nuclear weapons to deter a U.S. nuclear response to an attack on Guam, she said.

While a Chinese invasion of Taiwan is often cited as the likeliest scenario that would lead to war with the United States, it is worth noting that the law governing the U.S. government’s relationship with Taiwan does not obligate the United States to come to the island’s nation’s defense if such an invasion occurs. Instead, the 1979 Taiwan Relations Act says that “any effort to determine the future of Taiwan by other than peaceful means, including by boycotts or embargoes is considered a threat to the peace and security of the Western Pacific area and of grave concern to the United States.”

The president would also have to work with Congress to determine the “appropriate action in response to any such danger,” the law says.

However, President Joe Biden briefly upended more than 40 years of strategic ambiguity when a reporter asked him in May if he was willing to intervene militarily to defend Taiwan and he replied, “Yes,” and, “That’s the commitment we made.” Biden’s aides quickly stepped in to say the U.S. government’s policy towards Taiwan had not changed.

It is possible that China could avoid striking U.S. military bases if it is convinced that the United States will not defend Taiwan, said Timothy Heath, a senior international defense researcher at the RAND Corporation.

But if Chinese leaders are convinced that the United States will not stay out of a war over Taiwan, they would give their military commanders a free hand to attack U.S. military bases on Guam to and elsewhere to achieve victory, Heath told Task & Purpose.

“I think that if they are convinced Americans are in the war; they’re going to fight, and they’re bringing a lot of equipment and weaponry to the fight; it would be difficult for the Chinese leaders to resist the idea of knocking out as much military capability as possible in the opening salvos before they can get into the fight,” Heath said. “And, of course, there is a concertation of U.S. assets Guam — they’re exposed and vulnerable — it could be very tempting and difficult for the PLA [People’s Liberation Army] to resist requesting authorization to strike those facilities.”