For many service members, enlisting in the military means you hit the track for a few months, knock out some... 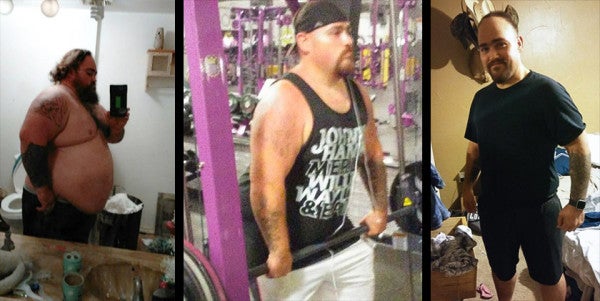 For many service members, enlisting in the military means you hit the track for a few months, knock out some pull-ups on the bar, and then head down to the local recruiter’s office once you’re confident you can handle the physical stress of basic training. But for William Guinn Jr. from Abilene, Texas, the road was long and hard. Guinn Jr. had to get in better shape before he could even think about boot camp — and that’s exactly what he did.

In February 2016, Guinn Jr. weighed 456 pounds — a major barrier to his lifelong dream of joining the military. After a long, hard look in the mirror, Guinn Jr. made some drastic changes. He altered his diet, got a gym membership and trained six days a week, often for hours on end. Now he weighs 244 pounds.

What kept him going? His desire to enlist, and on July 13 he did, according to KTAB.

As tough as it was, Guinn Jr. stuck with the brutal workout routine until he was fit and ready to start basic training.

“When I first started losing weight I was 456 pounds in 14 months without surgery or anything else,” Guinn Jr. wrote in an April Facebook post. “Just dieting, eating right, and gym six days a week and very active I managed to lose 211 pounds all thanks to Planet Fitness. [I’m] now 244 and feeling great.”

And at this rate, there’s no telling how ripped he’ll be after basic.