"When you have four different branches each doing their own thing, there's overlap and there's going to be waste." 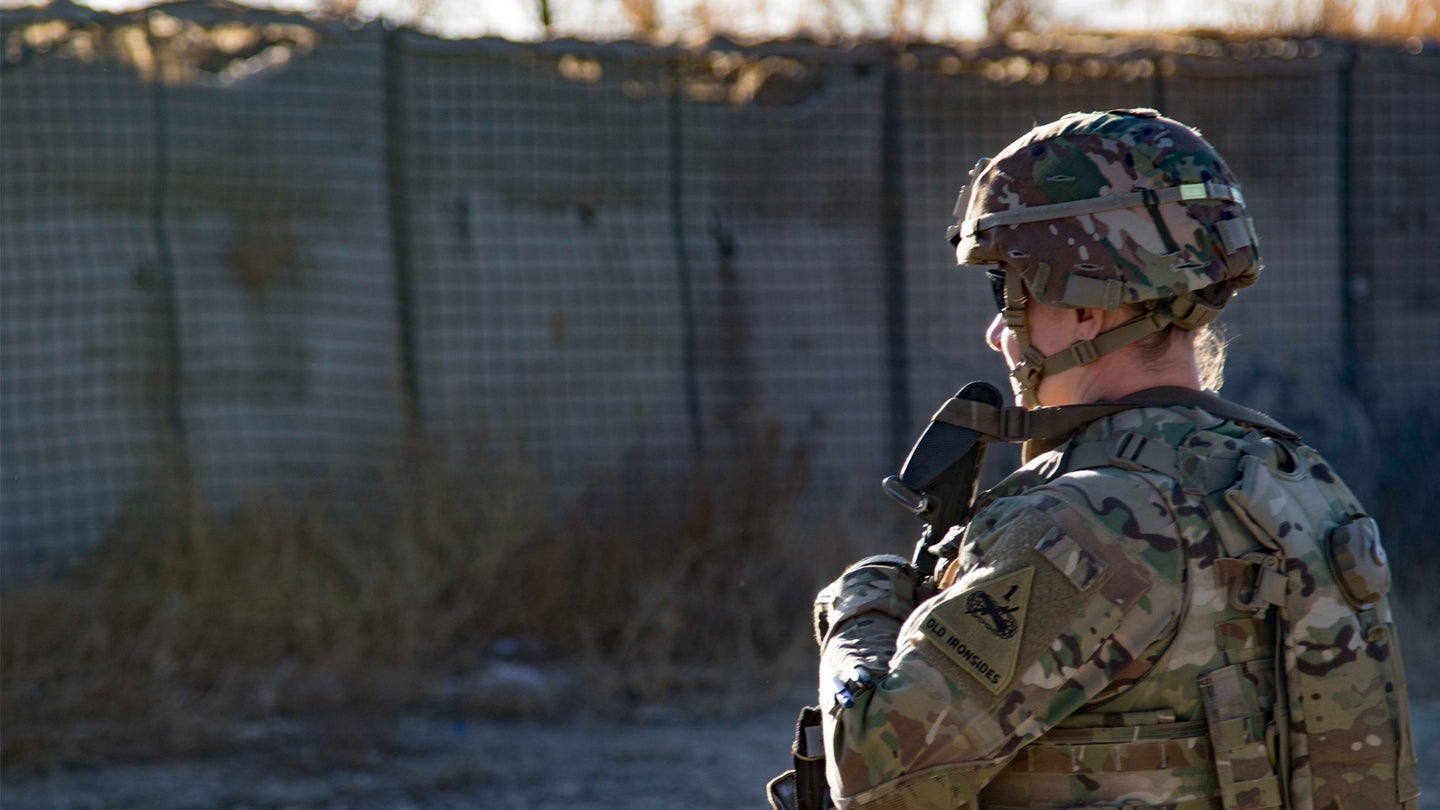 I live my life in a state of cautious optimism, so bear with me when I say this: Women in combat could maybe, finally get body armor that fits them properly.

A provision in the 2021 National Defense Authorization Act — which was passed when the Senate voted on Jan. 1 to override President Donald Trump’s veto of the legislation— lays out a series of requirements and initiatives that could move women closer to having body armor that actually fits.

I say “cautiously optimistic” because the promise of properly-fitting body armor for women has been made by the military over and over and over again throughout the last decade, which is surprising when you take into consideration how crucial it actually is for women in combat to have gear that, you know, actually protects them.

“What we see is that when you have an opening in body armor, whether it’s body armor that is too large for someone or too small for someone, you do get injuries that are very unique to that,” Sen. Tammy Duckworth (D-Ill.), one of the sponsors of the bill, explained to Task & Purpose in an interview. “And there are certainly injuries that come as a result of female service members have ill-fitting body armor.”

Video: The best and worst body armor and shields in military history

The bill — which was sponsored by Duckworth, Joni Ernst (R-Iowa), Martha McSally (R-Ariz.) and Richard Blumenthal (D-Conn.) — will “encourage” the U.S. military to expedite contracting, procurement, and fielding of new personal protective equipment (PPE) that “better fits and protects” all service members.

The legislation also requires the military services to submit a report to Congress this year identifying any issues they run into while trying to field the new PPE, such as contractor delays or cost overruns.

Duckworth told Task & Purpose that she dealt with the issue first-hand during her deployment to Iraq with the Army National Guard in 2004, as well as the problem that there just simply wasn’t enough body armor to go around.

“As the war went on, the body armor would come in different sizes, so the smallest sized body armor oftentimes was still too big for some of the female service members,” Duckworth explained. “Or you couldn’t get enough of it. And so what that does is that would leave, for example, where the plates are … there would be gaps, like at your collar bone, so you could actually get shot, receive shrapnel, in that area and sustain injury. Or if you’re wearing body armor that’s the wrong size, it can actually lead to stress fractures on your skeleton itself.”

When asked why a bill like this hadn’t been passed until now, and why this was still an ongoing issue, Duckworth said she believed there was a “lack of centralized organization,” and ultimately a “lack of priority.”

“Female service members are, depending on the branch or service you’re in, anywhere from 10 to 15 to 20 percent of the force. And what we see is that while the Air Force might be working on something this year, the Army might be working on it next year but they’re not sharing information, or the program within the Marine Corps might not be sufficiently funded,” she said.

Now, with their new legislation, lawmakers hope to centralize the military’s efforts and have “good data sharing” in an effort to actually make the dream of better-fitting body armor a reality.

“When you have four different branches each doing their own thing, there’s overlap and there’s going to be waste,” Duckworth said.