“I’ve gotta learn to love myself.” 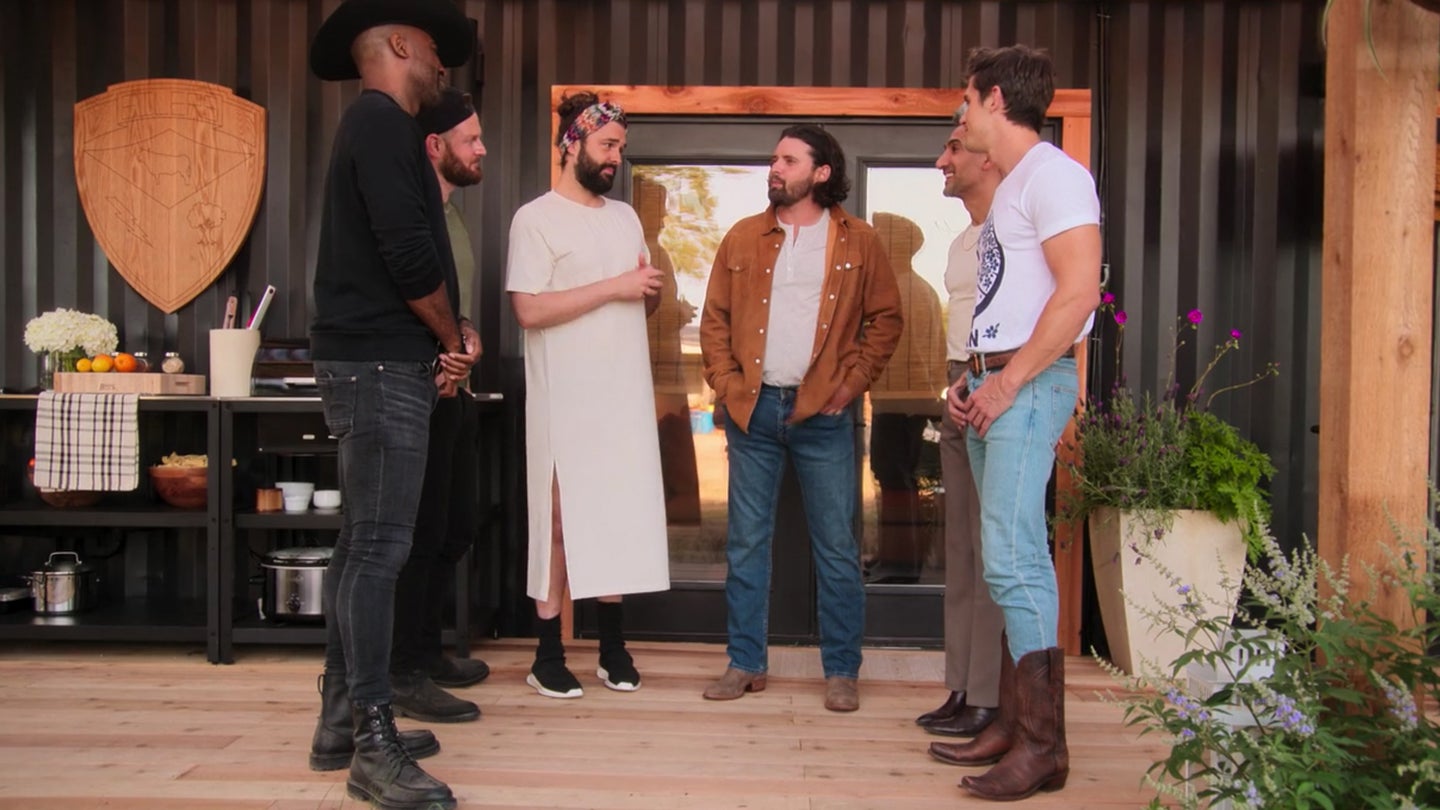 When we first meet Josh Eilers on the newest season of “Queer Eye,” he’s uncomfortable. After all, it’s not every day that five queer people show up at his Texas cattle ranch, with a camera crew in tow, ready to give his life a makeover.

But by the end of the episode, Eilers, a conservative 33-year-old cattle rancher in Austin, Texas and an Army Ranger veteran, is learning what all guests on “Queer Eye,” called “heroes,” come to understand: “I’ve gotta learn to love myself.”

The new “Queer Eye” on Netflix is a reboot of the original show, “Queer Eye for the Straight Guy,” which debuted in 2003. While the original show focused primarily on the “Fab Five” helping heterosexual men with their grooming, wardrobes, and lifestyles, the new model follows a group of five queer men and non-binary people who help, well, everyone with everything. The new season, set in Texas, features straight men like Eilers, a transgender weightlifting coach, a high school prom committee attempting to plan their big night amid the COVID-19 pandemic, and the owner of a famous Texas honky-tonk.

Eilers was nominated by his ex-girlfriend, Kayla, who tells the new “Fab Five” — Tan France, Karamo Brown, Jonathan Van Ness, Antoni Porowksi, and Bobby Berk — that Eilers “needs some help in every aspect of his life.”

“He is the hot mess express,” Kayla says.

The Fab Five quickly come to learn that Eilers is a rugged rancher who doesn’t like vegetables or putting time into caring for himself. He doesn’t often shower or wash his hair, which he says he keeps long because he never could in the Army, and he doesn’t prioritize dressing well. The founder of Ranger Cattle, a Wagyu cattle ranch, his work is his life; so much so, in fact, that he tells the Fab Five he sleeps in a shipping container above the feed barn, which appears to double as a home and an office.

But he also tells them that he believes he may have joined the Army too young at just 17 years old, and he “wasn’t quite grown up” yet. Eilers served with the 1st Ranger Battalion, the Army confirmed, and according to the Ranger Cattle website he led his team “on hundreds of special operation missions involving high-value targets throughout Iraq and Afghanistan.”

“My old man told me that the military is run by a bunch of kids,” Eilers says in the episode. “I had no clue what that meant until I was a 20-year-old team leader in Afghanistan leading men into combat.”

Eilers, an infantryman, served on active duty from January 2006 to May 2010, when he moved to the Army Reserve until October 2013, according to his official Army record. During his active-duty service he deployed to Iraq three times, and Afghanistan once. Among his military awards and decorations are a Purple Heart, two Army Commendation Medals, an Air Medal, Joint Service Achievement Medal, and the Ranger Tab. He’s “really humble,” Kayla says in the episode, and you’d never know he was “injured in battle, and he’s lucky to be here today and tell the tale.”

At the beginning of the episode, it’s clear that the cultural divide between Eilers and “Queer Eye” cast is a big one. He’s visibly uncomfortable as the Fab Five work their way through his home and his closet, taking notes on what they may need to help him improve upon. At one point, Van Ness — who specializes in hair and skin care — demands that Eilers’ hair be washed immediately.

As he leans over the shower while France shampoos him, the group becomes aghast watching the water turn brown.

Eilers begins to address some of the many differences he has with the group on his first stop of the makeover tour at a salon with Van Ness to get his hair and beard cleaned up. The two couldn’t be more different; Eilers is a conservative veteran and Texan, and Van Ness is non-binary and from Illinois. Eilers comes off as more reserved, while Van Ness is the polar opposite of shy. While the former is clad in old blue jeans, a t-shirt, and dusty cowboy boots, Van Ness’ look is a bit more colorful, with lime-green heeled boots. When Eilers is getting his nails cleaned and polished, he remarks that “usually I just clean out the dirt with a pocket knife,” shocking Van Ness to his core.

As Van Ness trims Eilers hair — all before giving him some subtle highlights, which Eilers is clearly worried about — the two have a frank discussion about their differences. Eilers asks Van Ness about what being non-binary means, and asks if it’s appropriate to ask someone their pronouns.

“It’s okay to ask?” Eilers says. “Like, nobody gets offended?”

“No, but I mean also I’ll tell you that’s all a language I didn’t really have until I was in my thirties,” Van Ness responds. “So it’s normal that people don’t know.”

“I think a big part of me is like, I always want to be super polite, you know?” says Eilers, ever the Texas gentleman. “I never want to hurt anybody’s feelings.”

Piece by piece, viewers watch as Eilers gets more comfortable around the Fab Five and begins to trust them more. He’s easily most at peace with Berk, who focuses on home improvement, as they create his family’s crest — something he’s extremely interested in as he looks forward to having a family and children.

The moment of the show that’s the most difficult, which he recognizes, is sitting down with Brown. Brown’s responsibility in the show is the personal makeover of sorts, helping the show’s heroes overcome emotional or mental hurdles that they’re struggling with. For Eilers, that’s learning to truly take care of and know himself.

“I’ve never actually taken the time to look at me,” Eilers tells Brown. He’s used to regularly putting himself last, always putting others before him, he says. And while it makes him feel “admirable,” he recognizes that it also hurts his relationships with others, especially with Kayla, who he regrets losing because of the way he acted while they dated.

“Even if you’re a parent,” Brown says, “you have to be able to respect and love yourself first, so that way you can start taking responsibility for every one of your relationships.”

By the end of the show, Eilers has come around to the Fab Five. He’s excited about his new look and actually sounds like he’ll do the simple skin care routine Van Ness has left for him. Standing outside his brand new home made out of a decked out shipping container — yes, a shipping container — he’s at a loss for words.

“I don’t want to be weird about it,” he says, “but I ‘d like to just give y’all hugs.” As always, the Fab Five are more than happy to oblige.