The model of the Kabul house was used to brief President Biden ahead of the July assassination mission. 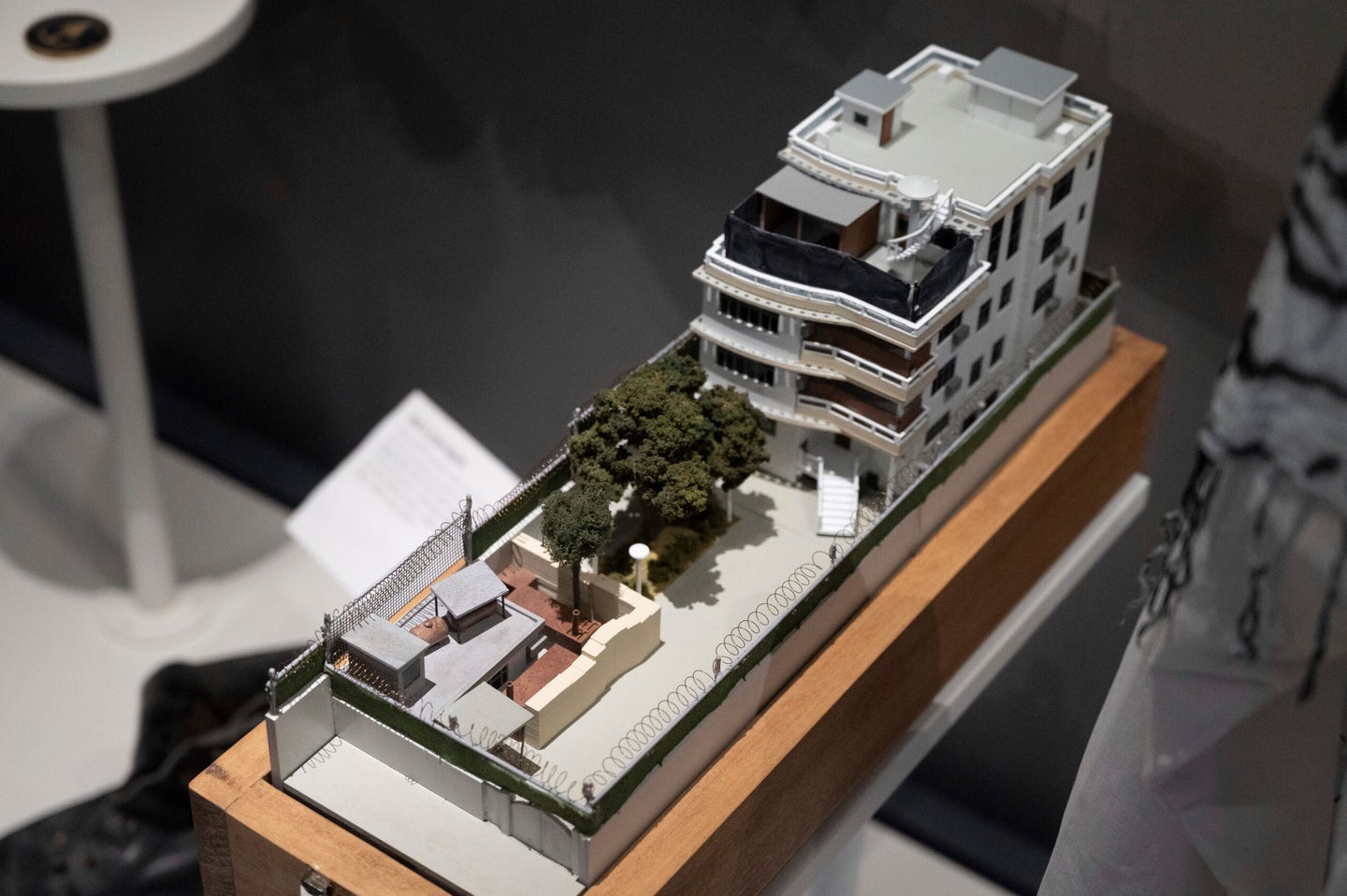 Two months after he was assassinated with a knife missile, Ayman al-Zawahiri is now part of the CIA’s own personal museum. At least, the house he was living in when an R9X “flying ginsu” bomb killed him in July is.

The model was put on display at the CIA’s museum this past week. The news was first reported by the Wall Street Journal. The CIA Museum is, like the agency, secretive, and mainly for CIA employees in Langley. However the CIA has been showing pieces of it for its 75th anniversary. Most pieces on display took years to be declassified and put on display, but CIA Museum Deputy Director Janelle Neises told German news outlet DW it took only two months for this model to go through the process.

The exhibit piece shows a model of the Sherpur neighborhood home al-Zawahiri was living in when the CIA fired a Hellfire R9X missile into the building, slicing through the balcony and walls and obliterating part of the structure without an explosion. The museum does not, however, have a model showing the building post-R9X strike. According to the director of the CIA’s museum, Robert Byer, the model was used to brief President Joe Biden ahead of the operation on July 31.

The model isn’t particularly big, but it’s detailed enough that it gives a good look at the house before it was partially hollowed out by a knife missile. The three-story space had barbed wire around it, but also a large tree in the garden. It looks like a house in the wealthy Sherpur neighborhood of Kabul, and it’s easy to see why the area was popular with American contractors and workers — an Army veteran working for U.S. Agency for International Development was living in that very building in the early 2010s. After the Taliban victory in Afghanistan, al-Zawahiri ended up in the Kabul home.

The model is set up next to a rifle used by Michael Spann, the Marine Corps veteran-turned-CIA Special Activities Division operative, who was the first American killed during the U.S. invasion. The two pieces serve as a kind of bookend to the last 21 years of U.S. engagement in Afghanistan.