"Like a teething baby, I slobbered and gummed my fingertips, my pencils, the corner of my handkerchief." 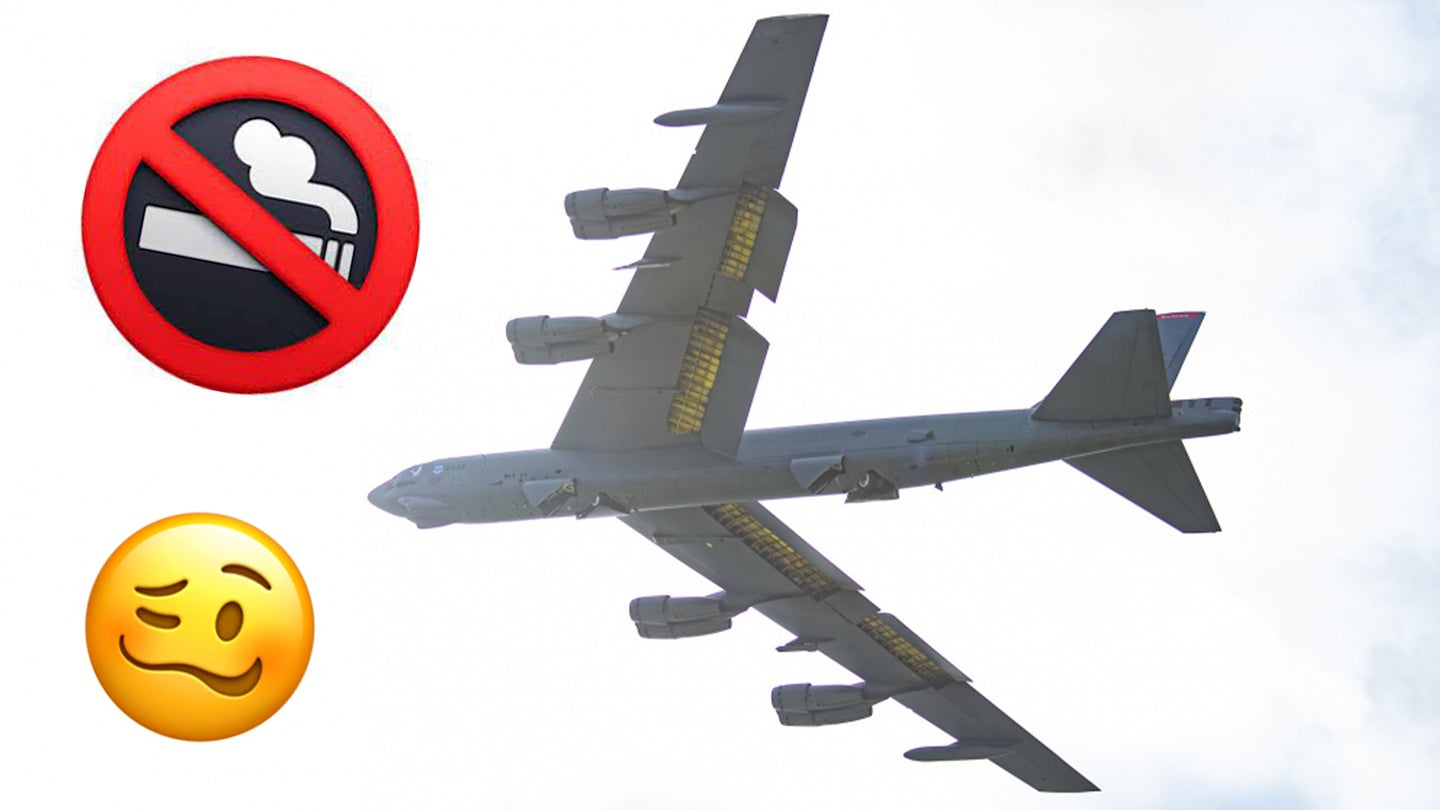 Even astronauts have really bad flights sometimes, and retired Air Force Maj. Gen. Michael Collins, who flew on the legendary Apollo 11 mission to the moon and passed away on Wednesday at the age of 90, was no exception. In fact, Collins said the worst four hours of his life occurred one day in 1962 while he was standing in as a co-pilot aboard a B-52 for a buddy who was running a test flight on the then-new strategic bomber aircraft.

What made the flight so awful wasn’t the flying, or turbulence, or an upset stomach. It was the fact that Collins had quit smoking cold turkey the day earlier. Before that, he had been in the habit of smoking two packs a day, Collins wrote in his autobiography, Carrying the Fire: An Astronaut’s Journeys.

“One Sunday in the spring of 1962, I got up badly hung over with a throbbing head and a throat like an old flue, drier and dirtier than the Mojave Desert sand outside my door,” wrote Collins, who later became the top spokesman for the State Department and the director of the National Air and Space Museum.

“I barked at Pat [his wife, Patricia Finnegan], ‘All right, goddamn it, when this pack of cigarettes runs out, that’s it!’” Collins said.

The decision marked a major turning point in the Air Force fighter pilot’s life. Collins enjoyed smoking “immensely, although less and less each year” as smoking cigarettes was increasingly linked to lung cancer, he wrote. “Self-inflicted cancer—what an obscenity!”

Quitting cigarettes proved to be “a most difficult but satisfying milestone for me,” Collins wrote. But boy was it difficult. He quickly ran through that last pack of cigarettes, “and by evening I was empty-handed, fidgety, angry and determined.”

Things only got worse. The next morning, Collins reported to Edwards Air Force Base, California, where he was reminded of his promise to Ted Sturmthal, a test pilot for the XB-70 strategic bomber, that he would ride in the right seat with him on a routine test of a B-52 with new engines. Collins’ only job was to throw a few switches that Sturmthal could not reach from the pilot’s seat, but even this proved to be a challenge for the newly-reformed Collins.

“The only hitch was, we were to keep the lumbering beast up for four hours, hardly enough to get a bomber pilot limbered up, but at least twice as long as any self-respecting fighter pilot likes to stay airborne, and of course an eternity for one who expects the imminent onset of delirium tremens as the least ominous symptoms of nicotine withdrawal,” Collins wrote. “But a promise is a promise, and besides I might as well log flying time as I twitched and fidgeted, so off we went.

“For four of the most miserable hours I have ever spent, I convinced Ted that fighter pilots were weird indeed. Like a teething baby, I slobbered and gummed my fingertips, my pencils, the corner of my handkerchief. I blew imaginary smoke rings, I inhaled mightily and exhaled in staccato little puffs. Ted peered at me strangely, and I realized he was motioning to one of my switches. I threw it and three or four more like it. I screwed up everything I touched, and I’m sure Ted was as happy as I was to get back on the ground.”

It was all worth it though, partly because it helped Collins enjoy exercise even more than he did when he smoked cigarettes. In Carrying the Fire, the pilot wrote that a body, like a brain, “should be used, stretched, forced to its limits.” Later, he said that he felt “sorry for those who will never know the desperate pound of 180 beats per minute, or the golden afterglow of recovery from it.”

Within three months of quitting cigarettes, Collins was pleased to find out that “to my amazement, my endurance had improved by about 20 percent,” during a physical exam, “despite the fact that I had not changed weight or exercise habits or done anything different except give up my two packs a day.”

Of course, not everyone can quit cigarettes so quickly, and hopping aboard an expensive strategic bomber in the middle of nicotine withdrawal probably is not the most sound medical advice. But Collins’ story highlights the intense willpower of many early Jet Age pilots. That kind of intensity might be a requirement for you to sign up to be among the first humans to reach the moon.

In either case, flying with astronauts Neil Armstrong and Buzz Aldrin aboard Apollo 11 was only the most notable item on Collins’ long resume of distinguished service. Others include flying the slick F-86 Sabre fighter jet; pushing experimental jets to the limit at the test pilot school at Edwards Air Force Base; becoming the first person to perform two spacewalks in the same mission during a trip around the Earth with the Gemini program; leading the State Department’s Bureau of Public Affairs through one of the most turbulent periods in American history (including the end of the Vietnam War and the Kent State shootings); and helping the National Air and Space Museum get off the ground (pun intended) to become the landmark it is today.

On top of that, the pilot had three children, and he remained married to his wife Patricia until she died in 2014. Collins himself passed away from cancer on Wednesday in Naples, Florida, according to his family. Collins was often called the “forgotten astronaut,” because he stayed behind on the Apollo 11 command module to pilot it around the moon while Armstrong and Aldrin went down to the lunar surface. But he won’t be forgotten here. Clear skies and tailwinds.