How The Military Conducts PSYOPS

When people think about U.S. Army equipment, what probably comes to mind are tanks, gunship helicopters, self-propelled artillery, and other... 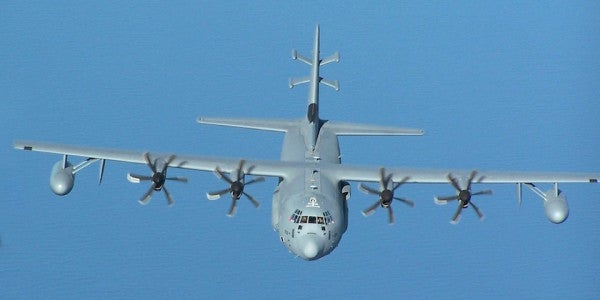 When people think about U.S. Army equipment, what probably comes to mind are tanks, gunship helicopters, self-propelled artillery, and other larger advanced weapons — all great for blowing things up. However, American troops often rely on a very different gear to both confuse and demoralize enemy troops and “win the hearts and minds” of civilians on and around the battlefield.

Thanks to an unclassified 2005 training aid, Task & Purpose is able to highlight the unique equipment military personnel bring on these psychological operations, or PSYOPS. As of 2017, Army Special Operations Command oversees all active PSYOPS troops, though some units are attached to the Army Reserve.

According to the unclassified PSYOPS training manual Task & Purpose obtained under the Freedom of Information Act, these troops employ everything from printed messages to radio programs to television shows to “create a behavior that supports the United States” and promote American military objectives, as the manual puts it. Elite troops have their own Special Operations Media Systems-B that combines both radio and television studio functions in a suite of relatively mobile equipment.

Four Humvees and two trailers can hold all the various pieces of the Mobile Radio Broadcast System and the Mobile Television Broadcast System. Special operators can deploy the two components wherever commanders might need them with the help of U.S. Air Force C-130 and C-17 aircraft, according to the guide.

The radio station portion produces, records, and transmits the alerts all by itself, according to the Army guide. While the mobile television production center does the same for audio-visual messages, it also has extra cameras, lights and other gear so specialized soldiers have the option of creating their own news reports from the field.

When American special operators arrived in Afghanistan after the 9/11 terrorist attacks, they brought the SOMS-B with them. By 2002, the U.S. military was broadcast radio programming in local languages, such as Pashtu and Dari, 24 hours a day as part of Operation Enduring Freedom.

To make sure messages went out around the clock, the PSYOPS soldiers on the ground got help from the Air Force’s EC-130J Commando Solo planes — noted in the Army’s training manual under “sister service capabilities.” These heavily modified C-130 cargo planes beam down radio and television signals from a unique, in-flight studio.

The Afghans loved the American-supplied news and other alerts, mostly because “they broadcast music and for almost everyone,” according to Weapon of Choice: U.S. Army Special Operations Forces in Afghanistan, a book published by the Army. For six years, the Taliban had banned radio stations from playing popular tunes and local folk songs.

The Army handbook points out SOMS-B has the ability to record content on CDs or tapes so troops can distribute it to friendly broadcasters. In 2016, American crews were dropping leaflets encouraging locals in northern Syria to tune in to FM 99.1. This is the frequency for Radio Rozana, a pirate radio station independent journalists run as an alternative to official Syrian government outlets.

In addition to the smaller down-range setups, the Army has larger production facilities situated at Fort Bragg, North Carolina, as well as the large but deployable Theater Media Production Center, or TMPC. Compared to the SOMS-B, this four-part system cranks out longer and more complex audio and video materials in both digital and physical formats, including CDs or even older cassette tapes.

The mobile unit also has scanners and high-resolution printers to make copies of photographs and printed messages. Another limitation of the smaller SOMS-B is that troops cannot produce substantial numbers of printed PSYOPS messages.

As of 2005, the 3rd Psychological Operations Battalion owned the Army’s sole TMPC system. But PSYOPS soldiers need permission from president or the secretary of defense to roll it out, according to the Army manual, and we could find no open reports of its deployment.

Of course, the Pentagon continues to rely on older, more traditional PSYOPS tools, too. By the end of 2016, American aircraft had dropped thousands of leaflets over Iraq and Syria warning innocent civilians of impending air strikes and calling on them to resist Islamic State terrorists.

In addition to air strikes and commando raids in Iraq and Syria, the Pentagon will undoubtedly continue this other war over the radio and in print. Regardless, if American commander ever need to connect with regular people in a warzone, PSYOPS troops have the gear to quickly share America’s objectives and intentions — and maybe just a little music.