When a war is about to start, a military must first understand the battlefield. 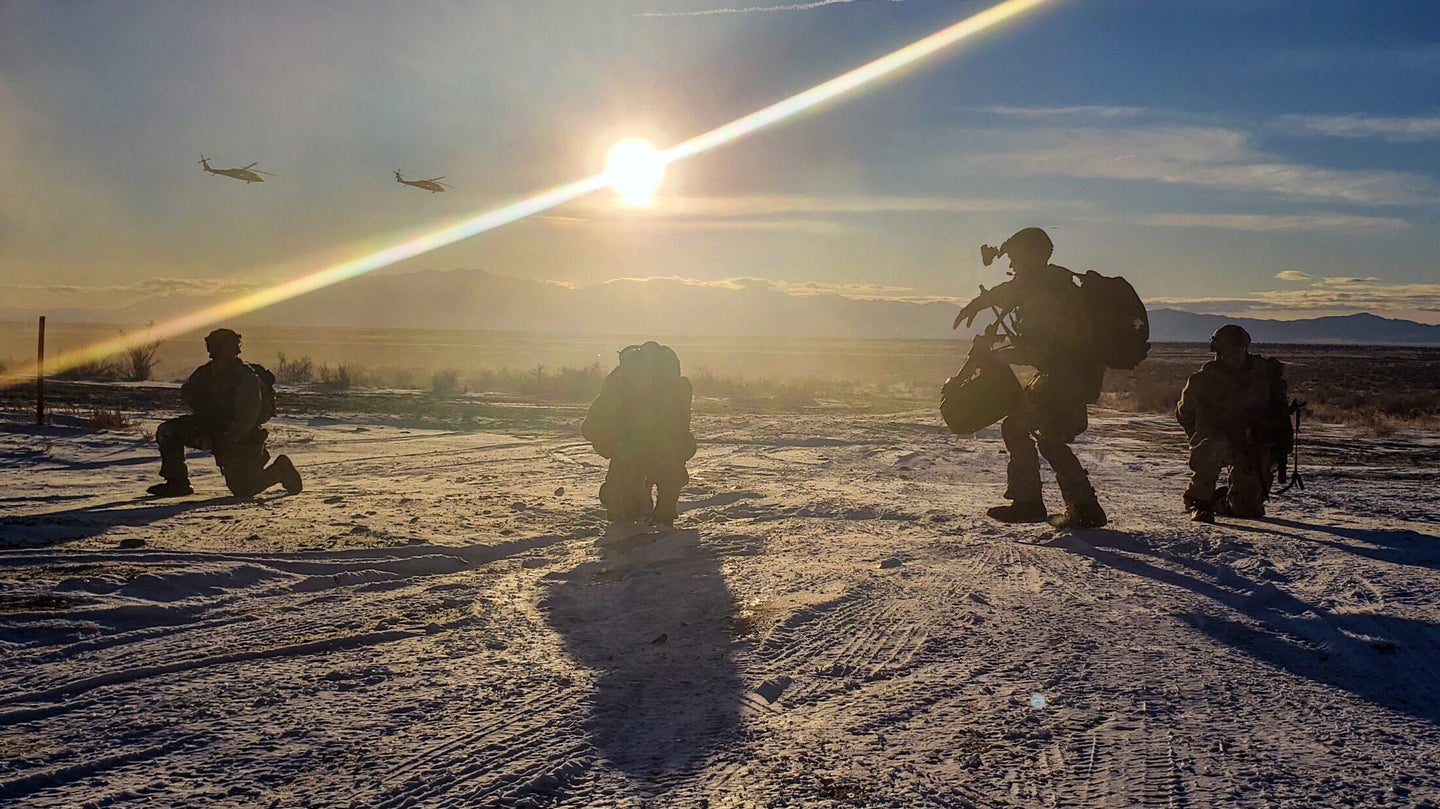 When a war is about to start, a military must first understand the battlefield. Advance Force Operations — tactical reconnaissance — is an old and common way of doing this. These days, modern military forces conduct such preparatory operations with satellite imagery and signals collection. Historically, this role had been performed by highly secretive special operations teams charged with intelligence collection, clandestine operations, source generation, and preparation for follow-on operations. As the Global War on Terror evolved into a long night of finding and finishing specific targets, these teams perfected the finish aspect, while the preparation fell by the wayside.

Russia’s invasion of Ukraine is prompting many observers and leaders to revisit old assumptions and reassess existing methods and capabilities. In this context, defense leaders should examine the role of an advanced force in a conflict against a major power, such as Russia. Future conflicts in high-intensity locales require fundamentally evolving the personnel inventory for urban, contested environments. It requires tools like electronic warfare, cyber, and intelligence collection capabilities to highlight adversary paramilitary and hybrid activities and prepare the battlespace. It will require that those advance forces are capable of disrupting hybrid warfare operations.

The ability of tactical reconnaissance to operate deep behind enemy lines for developing actionable, operational intelligence and force-preparation is severely constrained after two decades of counterterrorism’s imprint. The current crisis in Ukraine puts this question to the test: are the teams whose operational maturity developed in Afghanistan — an uncontested battlespace — able to deploy and provide real-time intelligence on adversarial conventional, hybrid, and paramilitary activities?

The challenge is the operational environment. Similarly endemic to the challenge for advanced forces are found in the intelligence community, where developing human intelligence networks has become increasingly difficult in a hyper-connected world. It’s no accident that strategic rivals are continually surveilling their own citizens and building internet networks that are cut off from the rest of the world. The very purpose is to prevent exploitation by foreign operatives, which also helps prevent forward reconnaissance by strategic competitors.

As a senior enlisted advisor for a special operations squadron informed me during a recent interview, “the days of the tattooed non-commissioned officer conducting low-visibility operations are gone. Advance operations, what we often call ‘Tac-Recce,’ is changing dramatically.” What forward reconnaissance must reconsider is commercial cover and ‘traditional’ gender roles, issues that had limited necessity in counterterrorism. Future battle spaces are likely to take place in adversary-dominated urban locales, meaning ‘Tac-recce’ will be fundamentally different from what it has been in recent history. In Afghanistan, the operational environment and type of adversary guaranteed Western overmatch in all domains. The difference in these battle spaces means the ability to employ urban-functional reconnaissance is paramount and requires a paradigm shift.

On the topic of the individual, commercial cover is one aspect of modernizing advance forces. In Afghanistan, tribal garb mixed with modern military equipment was a common practice. The modern role of advance teams in urban areas means any obvious military affiliation will compromise an operator immediately. The necessity for reconnaissance operations in urban environments requires diversifying the inventory — its human inventory. A career-field manager from the special operations community summarized the present human component thusly: “the current enterprise is tied to a production line that effectively produced a ‘widget,’ applicable only to counterterror battlespaces.”

Advance teams must think in terms of strategic targeting, military payoff, and centers of gravity. Those three parameters of intelligence preparation of the battlefield were not inherent in the counterinsurgency targeting cycle. Thus, disruption capabilities in multiple domains from behind adversary lines must dictate how advance forces organize, train, and equip for future roles.

Advance operations in the modern paradigm will occur just as often, if not more so, on the networks of future war zones. Thus, cyber operations at the tactical level, from denied zones of conflict are a tool for creating unfavorable conditions for adversaries. Disruption will be the new standard for advance teams in conflict, but effects will not always result in the release of a precision-guided munition from an asset conveniently loitering overhead. This means other levers of digital disruption should become part of the advance force panoply, cyber being chief among them. The aforementioned connectivity insulation by competitors highlights why this capability is critical.

Total battlespace supremacy enabled tactical reconnaissance mobility in Afghanistan and Iraq. Advance forces had logistical support for moving teams of the typical “operator” veneer largely at will and with prioritization. Future locations of potential conflict — Taiwan or eastern Europe — will offer no such feasibility for the body-armor clad soldier to conduct operations with the same back-end support.

Advance force operations are fundamentally reconnaissance, target development, and battlefield exploitation to enable the broader strategic military objectives. The former task remains the most foundational necessity – discover and report on adversary activities. As tactical reconnaissance environments have changed, advanced forces must evolve beyond the War on Terror mold. Much like the broader special operations enterprise serving as the policy hammer when every problem began to look like a nail, tactical reconnaissance can no longer simply be used as a finishing tool.

In strategic competition, advance forces can be effective in identifying and collecting on hybrid warfare activities. Notable examples of this type of reconnaissance include reporting and exploitation on adversarial destabilization efforts, such as Russian special units in Ukraine staging false flags to provoke conflict. Reconnaissance takes on a new, much more complex flavor, and the collection of reported data from a trusted source – a well-trained, covered entity capable of operating behind adversarial lines of control – would undermine aggressors who seek to destabilize sovereign partners and allies.

Equipping advanced forces to unmask adversary activities and increase adversary risk and cost to achieve those political goals through new domains of competition is a guidepost for tactical reconnaissance in post-counterterrorism. Adaptation is already a staple of special mission units, and the hybridity of modern conflict will demand evolution just as counterterrorism did. Equipping advance forces for contested locales, countering disinformation, exploiting adversary hybrid activities, and developing capabilities in cyber and electronic warfare will result in this unique arm of special warfare remaining effective in future conflicts. Advance forces are not at risk of being phased out in a world of satellite networks and over-the-horizon capabilities; rather, having a human military asset within denied zones has become even more critical for the threats we face.